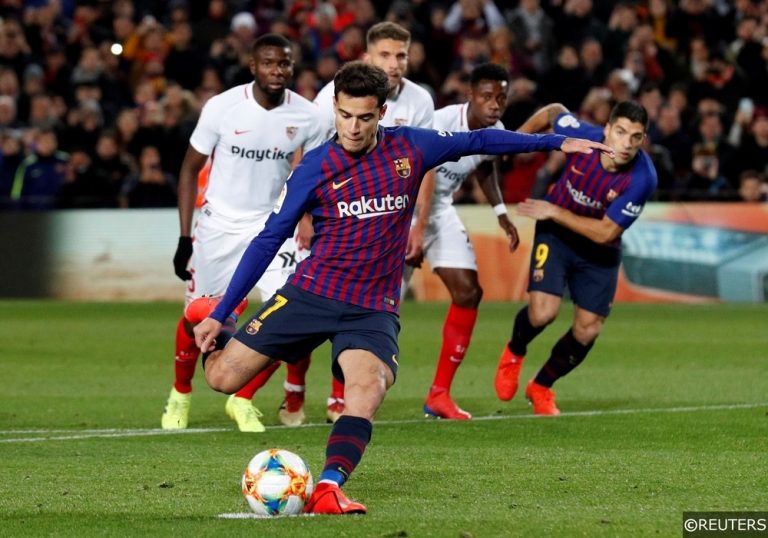 Spain’s Copa del Rey has had its fair share of critics in recent years. Two-legged ties are seen to clog up the fixture list and regularly produce some pretty drab football which has led to plans for a reformed competition perhaps as soon as next season. However this week produced some of the best Copa del Rey action in many years with comebacks, hat-tricks and punch-ups leaving plenty left to reflect on following the conclusion of the Quarter-Finals.

To top it all off, we now have a Clasico Semi-Final to look forward to after eternal rivals Barcelona and Real Madrid were paired together in the last four of the competition. That tie along with Valencia’s clash with Real Betis will commence next week but first of all it’s worth reflecting on everything that has happened over the past few days.

The week started with a crazy game at the Mestalla where Valencia scored twice in Stoppage Time to knock-out Getafe and spark some wild scenes as punches flew and security staff were forced onto the pitch to separate rival players and coaches. It ended with four-game bans dished out to Valencia’s French defender Mouctar Diakhaby and Getafe’s Bruno Gonzalez and Damian Suarez while Mata Arnaiz received a two game ban but in truth the punishments seemed somewhat lenient for a mass brawl that saw even the Valencia club doctor land a blow on a Getafe player.

This was a flashpoint that had been brewing. The sides had already met twice this season with an unlikely rivalry developing. Members of the Getafe bench were recorded calling Valencia coach Marcelino a ‘crybaby’ in the 1st Leg at his protestations against some typically rough challenges from the home team. Marcelino responded in fairly bizarre fashion by bringing up incidents from Getafe coach Jose Bordalas’ private life in his pre-match press conference.

The 2nd Leg though was a game that for long periods looked to be as good as over. Getafe, already 1-0 up from the 1st Leg, scored a crucial away goal after just 38 seconds through Jorge Molina to leave Valencia needing three goals to progress. 90 minutes later they’d only got one back but remarkably Rodrigo Moreno scored twice in Stoppage Time to complete his hat-trick and an unlikely turnaround which sparked wild celebrations at the Mestalla and as well as clashes at the Full-Time whistle with Getafe fuming at some decisions that had gone against them.

Barca hit 6 to knock out Sevilla

Wednesday night’s action also produced a fine comeback, this time from Barcelona. Trailing 2-0 from the 1st Leg, they were underdogs to progress to the Semi-Final, something they’d managed in each of the previous eight seasons, winning the competition in the last four.

However Ernesto Valverde fielded a much stronger team in the 2nd Leg as Sevilla capitulated to a Barcelona onslaught that produced a 6-1 win on the night with Philippe Coutinho scoring twice and Leo Messi rounding off the rout in Stoppage Time with a ridiculous team goal that truly knocked the stuffing out of Sevilla, who were hoping to avenge a 5-0 defeat in last year’s Final against the same opposition. It was an all too familiar tale for the Andalusians of an impressive home display followed by a feeble defeat away to one of the Spanish giants.

We now won’t get a Seville derby Semi-Final or even Final but Betis are still alive and they have the added incentive of the Final being in their own stadium. If they can see off Valencia in the next round, it will be quite an occasion for Quique Setien’s side.

Betis hadn’t reached a Semi-Final in 14 years until Wednesday night when they were taken to Extra Time by Espanyol. With the scores locked at 2-2 on aggregate, Betis’ growing supremacy finally told as Sergio Leon and Aïssa Mandi scored in the first period of Extra Time to effectively kill off the tie.

This is shaping up to be a very exciting season in the green and white half of Seville. They are still well placed in the league but they really have made a point of targeting the cups. They may still be slight underdogs against Valencia but it’s the last four draw that gives them the best chance of taking to the field at their own home to try and win what would be only their 4th ever major trophy. They also look strong Europa League contenders with French side Rennes set to visit the Benito Villamarin in that competition later this month.

February is shaping up to be quite a month in Spain, particularly for Real Madrid. They eased past Girona in their Quarter-Final and will now face a month which sees them take on Barcelona twice in the Copa del Rey, Atletico in a Madrid derby all while trying to get their bid for a 4th straight Champions League back underway against a talented Ajax side, which includes Frenkie de Jong, who has agreed to join Barcelona in the summer.

First up is the 1st Leg of the Clasico Copa del Rey Semi-Final, which will take place at Camp Nou next Wednesday at 20:00 UK time. There will be quite a wait for the return game though with the 2nd Leg at the Bernabeu scheduled for February 27th.

The timing of this Clasico is also fascinating as it comes just as Real Madrid are starting to play the best football they’ve managed all season. They’ll be hoping to send out a message when they host Alaves this weekend and will be determined to improve on their last trip to play Barcelona, which ended in a 5-1 defeat and the dismissal of Julen Lopetegui the following day.

The Semi-Final clash is the biggest obstacle left to Barcelona’s hopes of a 5th straight Copa del Rey as they seek another domestic double. For Real Madrid the competition represents their best chance of a trophy this season and if Santi Solari is to stand any chance of extending his reign beyond the summer, it’s a tie he will almost certainly have to win.