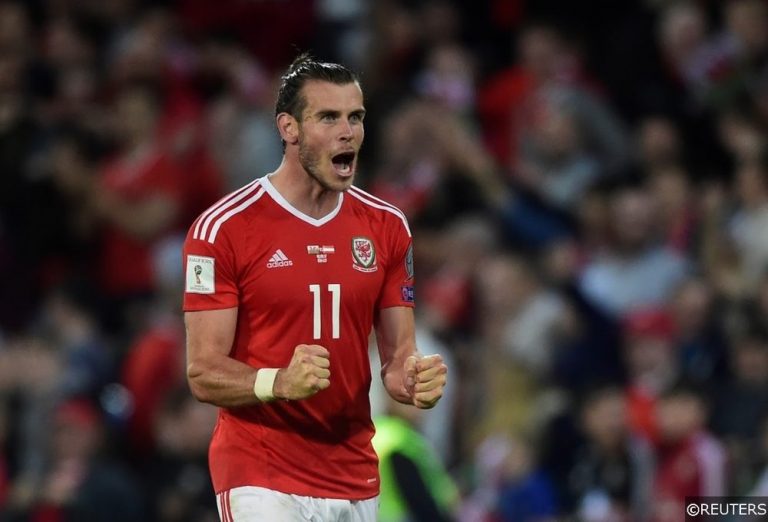 Change is definitely the watchword this week, as we swap international football for domestic action and leave March and enter April before the weekend.

The World Cup qualification campaign is again the centre of attention until close of business on Wednesday evening, before football’s stars return to their clubs a day later for the resumption of their domestic seasons.

With another jam-packed schedule teeming with high-octane skirmishes to consume, we’ve picked out some of the weekly highlights and matches to look out for between now and next week below.

Remember – you can find betting tips and match previews for this week’s games over on our football predictions page.

Football takes a bit of a breather on Monday, however, we put our foot firmly on the gas again on Tuesday evening when a packed World Cup qualification fixture slate starts with a flurry of 5 pm kick-offs.

In total, teams from five of Europe’s groups (A, E, F, G and H) are in action across the continent, where some of the highlights include Belgium’s tussle with Belarus in Group E and Luxembourg’s date with Portugal in Group A.

In Group G, we have dangerous dark horses Montenegro’s game against Erling Haaland’s Norway to look forward to, while Slovakia host Russia in what promises to be a gripping encounter in Group H.

Wales’ skirmish with a rapidly improving Czech Republic team in Group E is also one to worth catching. The Dragons are aiming to kickstart their campaign following an opening day defeat to Belgium, though the Czech Republic carry enough attacking threat to test their host’s ambitions.

Betting tip: Wales vs Czech Republic – both teams to score at 19/20

On Wednesday, we have another glut of World Cup qualifiers to sink our teeth into, though two matches in particular caught our eye.

England put their best foot forward in Group I with a resounding 5-0 win over minnows San Marino, though a face-off with Robert Lewandowski’s Poland should provide a far more rigorous test.

With so much attacking talent on show at Wembley, we expect to see the net ripple at both ends, and that BTTS market looks an attractive prospect at the prices on offer.

Betting tip: England vs Poland – both teams to score at 19/20

Elsewhere, France travel to Bosnia and Herzegovina with Group D incredibly tight after one round of fixtures. Les Blues disappointed in their 1-1 draw at home to Ukraine last time out, and their pursuit of a more positive result should lead to excitement in Sarajevo.

Betting tip: Bosnia and Herzegovina vs France – over 2.5 goals at 2/1

Football fans are in for a somewhat unusual treat on Friday, when a full set of Championship fixtures kick-off across an evening of captivating tier two drama ahead of the weekend, and Barnsley’s televised meeting with Reading is a game we recommend tuning in for.

Barnsley had been on a sensational run of nine wins in ten games before their hit a road-block in the form of Sheffield Wednesday, though the Tykes will be determined to restraighten their path at the first time of asking when an inconsistent Reading team visit Oakwell.

Betting tip: Barnsley vs Reading – Barnsley to win at 6/5

A little later the same evening, Birmingham City’s meeting Swansea City will be screened and beamed into your living room from the Midlands.

The Swans were dealt a double blow in their push for promotion in recent back-to-back defeats against Bournemouth and bitter rivals Cardiff City, though Steve Cooper’s charges can rediscover their winning touch against struggling Birmingham.

The Blues were beaten in three of their last four assignments, and they were comfortably ousted 3-0 in their last outing at St. Andrew’s by Bristol City.

You can combine our five weekly highlights betting tips into one 35/1 accumulator using the Betfair banner below.