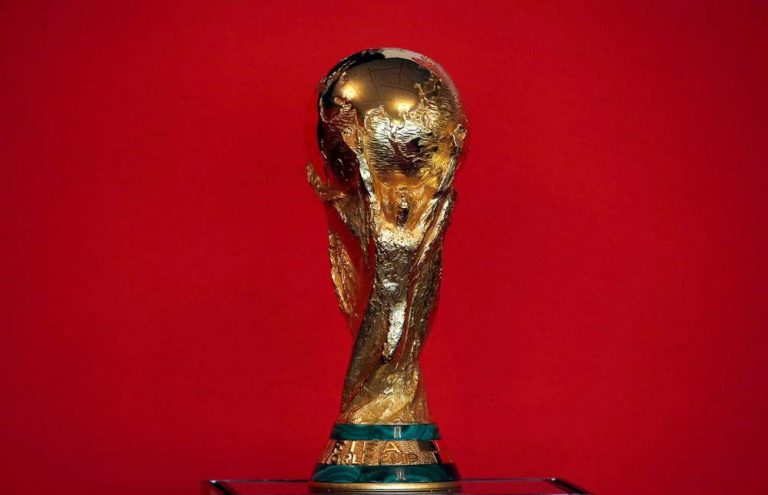 The World Cup is a quadrennial celebration of everything that is good about football. However, some pretty strange stuff has happened in the tournament during its 88-year history. From urinating goalkeepers and stolen buses to Feng Shui fanatics and fainting physios the World Cup has mixed the bizarre with the brilliant since its inception in 1930.  Let’s take a closer look at some of the weirdest World Cup stories from antiquity.

During the 1930 World Cup, a member of the USA team went down injured after a challenge and was lying prone on the pitch. The United States’ physio was called on and jogged towards the fallen player with bag in hand. The physio dropped his bag en-route however and seconds after picking it back up, he passed out. Upon investigation, a broken bottle of chloroform that shattered upon the impact of the fall was found inside the bag. The physio had inhaled the fumes from the spilled chloroform and passed out.

Armed to The Teeth 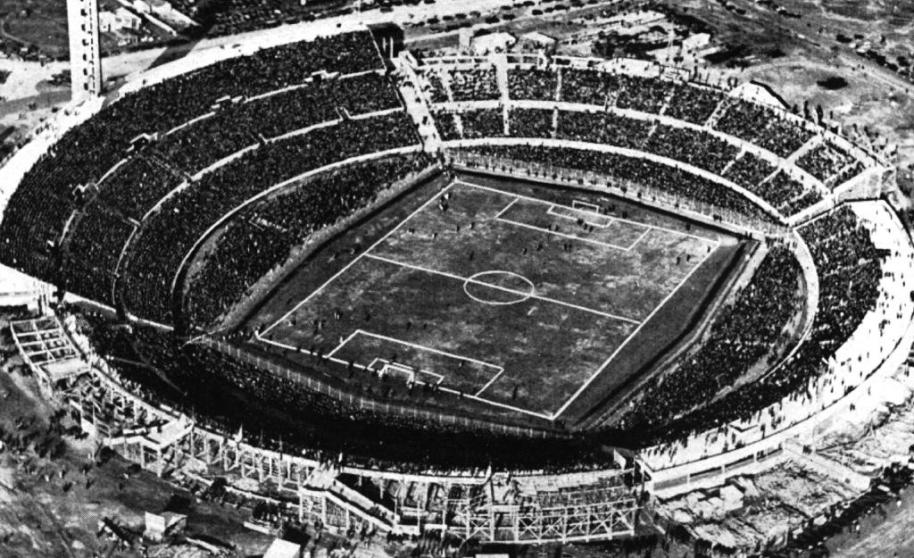 The Final of the World Cup in 1930 was contested by host nation Uruguay and heated South American rivals Argentina. The people of Uruguay made their way to Montevideo for the Final en masse by train and plane, though a large police presence was there to greet them when they arrived. The accounts vary, but between 1500 and 5000 revolvers were confiscated from the swarms of supporters by the authorities. Gunning for glory indeed.

When host nation South Korea shocked the world by making it all the way to Semi Finals of the competition in 2002, Manager Guus Hiddink came up with a novel way to gee-up his players before their last four clash with Germany. Top South Korean players of the computer game “Starcraft” were brought into the team dressing room before kick-off to help motivate Hiddink’s men. Whatever they said, it didn’t work and South Korea were beaten 1-0 by Germany.

The former Central African nation Zaire, now called the Democratic Republic of the Congo, qualified for the 1974 World Cup in Germany and though they were eliminated from the competition after losing all three of their group games, they certainly left an impact on the tournament.

Their most famous on-pitch incident took place against Brazil. With just a few minutes to go, Brazil, who were already winning 3-0, were awarded a free kick at the edge of the Zaire box. With the wall set, Rivelino stood hands on hips waiting for the referee’s whistle. When the official blew, defender Joseph Mwepu Ilunga broke from the wall and booted the ball clear before Rivelino could move.

It looked as though Mwepu wasn’t entirely sure what was going on, but there was method to his madness. Zaire had already been humiliated in their last match by Yugoslavia, losing 9-0 in group game number two. Such was the embarrassment at the result in their home country, military dictator and president Mobutu Sese Seko had threatened the players before their match with Brazil, telling them that if they lost 4-0, they would not be allowed to return to Zaire.

Mwepu said: “President Mobutu sent his presidential guards to threaten us. They closed the hotel to all journalists and said that if we lost 4-0 to Brazil, none of us would be able to return home. I panicked and kicked the ball away before he (Rivelino) could take it”

Zaire held on, keeping Brazil out for the remaining few minutes, keeping the score at 3-0. The players were allowed to return to their homeland and they tried to get there on a stolen bus. It seems Zaire wanted to keep the complimentary BMW bus they were given to use during the tournament. The authorities stopped them before they left West German territory however.

1938 champions Italy were the last World Cup winners before the outbreak of World War II. The tournament wouldn’t be held again until 1950, so the World Cup trophy itself was kept in Italian possession for twelve years. Ottorino Barassi, who was FIFA Vice President at the time, was concerned for the trophy’s safety, worried that the invading Nazi’s would take it given the chance. Barassi liberated the trophy from a bank in Rome and kept it hidden under his bed for the majority of the 1940s. 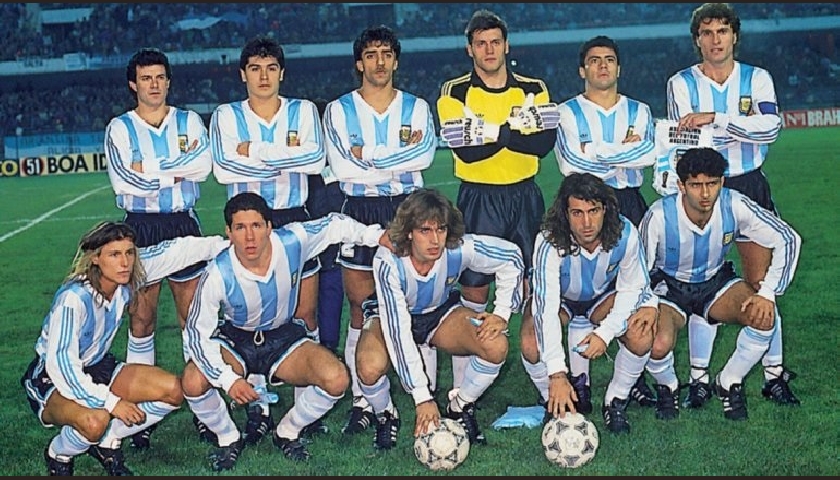 The Argentinean goalkeeper for World Cup 90, Sergio Goycochea had a nasty habit of urinating on the pitch before penalty shoot-outs.

“It was my lucky charm and I went before every shoot out,” he said. “I was very subtle, nobody complained.”

“You know, by the rules of the game, until the match finishes you cannot abandon the field. And if you have any necessary human urges, you have to go on the field. So that is what happened against Yugoslavia (in the 1990 World Cup quarter-finals). At the end of the game I really had to go so I had no choice. But we won, so then when the semi-final against Italy went to penalties I did it again – and it worked! So from that moment on I did it before every shoot-out.”

The eccentric Raymond Domenech managed France for six years between 2004 and 2010, leading his country in two World Cups in 2006 and 2010. Domenech was a keen astrologist and believed that players’ star signs were a key component of their qualities as a footballer.

Domenech had a huge distrust of Scorpios, meaning players like Robert Pires were often left underused. Similarly, Leos like Mikaël Silvestre were left out of the French defence for astrological reasons. Domenech said:

“When I have got a Leo in l, I’ve always got my gun ready. I know he’s going to want to show off at one moment or another and cost us.”

France lost to Italy on penalties in the Final of the 2006 World Cup, though they were dramatically dumped out of the Group Stages of the 2010 World Cup in South Africa.

Read more: Do France have the defence to lay down a serious challenge at World Cup 2018 in Russia?

Mexico’s Coach for the 2006 World Cup in Germany was a chain smoking believer in the metaphysical. Ricardo La Volpe was hyper-ritualistic and used the tenets of Feng Shui to aid his team’s preparations.

He wore a dragon tie at the World Cup honouring the year of his birth in 1952, which was the year of the water dragon in the Chinese zodiac. He was also rumoured to have carried a Luopan, or Feng Shui compass with him at all times, to help him avoid areas of negative energy.

Other stories circulated of him demanding his players “re-do” their entrance on to the pitch before a match, because their first attempt was out of balance with nature.

Before the 1970 World Cup in Brazil, the English national team travelled a little further north on the South American continent, to take on Colombia in a pre-tournament warm-up game. During a shopping trip in the Colombian capital Bogota, England star and World Cup winning captain Bobby Moore was arrested by police for the suspected theft of a bracelet from a jewellery store. Moore had been looking for a gift for his wife before he was nabbed upon exiting the shop.

The police couldn’t prove that a theft took place and Moore was released. Several days later, Moore was arrested and held again for four further days before the case was eventually dropped.

At the 1982 World Cup in Spain, one of the tournament favourites France were in the middle of teaching a lesson to international make weights Kuwait when something utterly bizarre occurred. The French were cruising to victory in the group game, already leading 3-1 before Alain Giresse smashed in a fourth.

The Kuwaiti players remonstrated with the referee, claiming that they had heard a strange whistle from the stands that had caused them to stop playing just as Giresse struck. When the official ignored their pleas, Sheikh Fahad Al-Ahmad Al-Sabah (or Prince Fahid) the Kuwait FA President came down from the stands to engage the Ukrainian referee Miroslav Stupar in conversation.

What ever he said worked, and Stupar chalked off the fourth French goal, much to the bemusement of their players. Defender Maxime Bossis eventually scored again for France with a few minutes to play, bringing the score back up to 4-1 and Kuwait were eliminated from the tournament at the final whistle. After the game Miroslav Stupar was banned from officiating and Prince Fahid was fined £8,000.