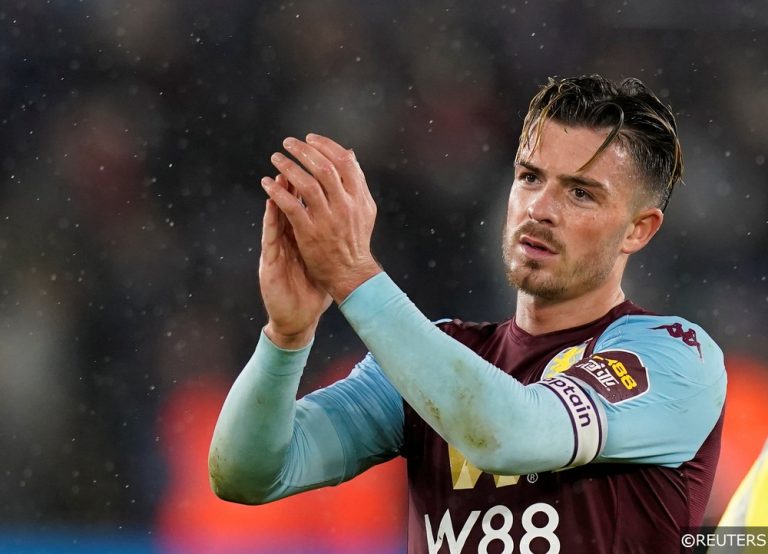 Jack Grealish’s chances of a big-money summer move have taken a hit after the Aston Villa star was pictured ignoring government guidance on staying home during the coronavirus crisis despite urging others to stay at home just a day earlier.

Grealish has been linked with a number of top Premier League clubs and Manchester United are thought to harbour particular interests in the creative midfielder. But the Red Devils may yet think twice about launching a bid to sign Grealish after his latest misdemeanour.

The 24-year-old has never been far from off-pitch controversy but Villa’s key man has won plenty of admirers on the field for his vision and trickery. A move away from Villa Park has looked inevitable regardless of whether Dean Smith’s strugglers manage to avoid relegation.

The playmaker has adapted effortlessly to life back in the Premier League after three seasons in the Championship but he’s unlikely to come cheap and United and any other potential buyers could be wary of investing a large sum on a player who clearly comes with risks attached.

Grealish’s England future could also be in jeopardy. He is yet to make his debut for the senior team but was widely expected to be named in Gareth Southgate’s squad for the postponed March friendlies with Italy and Denmark.

Southgate has worked hard to cultivate a positive atmosphere in the Three Lions camp and, given the high-profile spat between Raheem Sterling and Joe Gomez during the last international break, the England manager will be keen to avoid any further controversies as he prepares for the rearranged European Championships.

He must weigh up whether Grealish, who has a knack for providing a creative spark when it is most needed, is worth the risk.

With the Euros now a year down the line, Grealish may still force his way into the England squad while United are still reportedly keen to do a deal for the brilliant Brummie.

Ole Gunnar Solskjaer may tread carefully in a bid to avoid a repeat of the media circus that follows Paul Pogba around, but Grealish has been wonderful to watch this season and it would be a shame were he to not showcase his talent at as high a level as possible.

After the incident Grealish released a statement.

“I know it’s a tough time for everyone at the moment being locked in doors for so long. I just got a call off a friend asking to go round to his house and I stupidly agreed to do so,” said the Villa captain.

“I don’t want anyone to make the same mistake I did so I urge everyone to stay at home and follow the rules and guidelines of what we’ve been asked to do.”

“I know for a fact I’ll be doing that in the near future now and I urge everyone to do the same. I hope everyone can accept my apology and we can move on from this.”

Grealish will be hoping United and Southgate are in a forgiving mood.