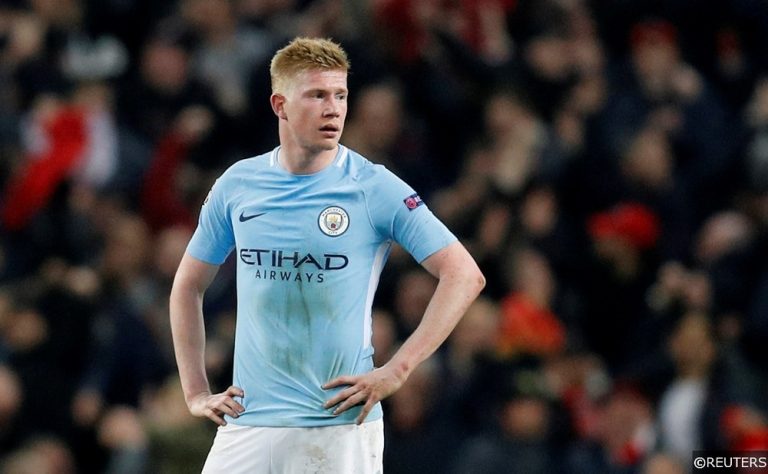 Manchester City will be without their creative genius and architect of invention Kevin De Bruyne for a lengthy spell, after the club announced that the Belgian could miss up to three months with an injury sustained in training.

De Bruyne damaged the lateral ligaments in his right knee on Wednesday at City’s training ground and after a detailed medical assessment, City’s worst fears were confirmed.

Any team in the world would miss a player of Kevin De Bruyne’s quality, so how are Pep Guardiola and Manchester City likely to cope in his absence?

With and without De Bruyne: The statistics

De Bruyne’s injury record has been relatively clean since he joined City from Bundesliga side Wolfsburg in 2015. The former Chelsea employee has only failed to start 20 Premier League games since signing on the dotted line at the Etihad.

De Bruyne’s performances in sky blue quickly transformed him into one of the Premier League’s most iconic players, and the Belgian rarely let’s his standards slip.

The fresh-faced midfielder is a creative cornerstone of Pep Guardiola’s City incarnation and a vital cog in the all-conquering Citizen’s machine.

City have won 64.8% of the Premier League fixtures that De Bruyne has started since 2015, though that win percentage drops to 60% when the Belgian misses out.

City’s goal average per game also noticeably reduces when De Bruyne isn’t involved. City have averaged 2.3 goals per Premier League match with De Bruyne in the team and just 1.8 goals per 90 minutes when he’s not.

Their average possession stats drop from 66% to 61.4% when De Bruyne misses out too.

De Bruyne’s delivery from set pieces is another string to the technician’s bow that City are likely to miss. Only Everton’s Gylfi Sigurdsson and Tottenham’s Christian Eriksen have created more chances from set pieces since De Bruyne’s made his City debut in September 2015.

Pep Guardiola has a difficult decision to make this week. He must choose between replacing De Bruyne with a player he feels can best replicate the Belgian’s skillset, or else tweak his tactical blueprint to help compensate for the loss of the Belgian.

Luckily for City, they have the manager and quality of personnel to negate the effects of De Bruyne’s injury almost completely.

Since Guardiola was appointed as City manager, De Bruyne has missed out or not started in 8 Premier League matches. In those fixtures, City won 6 and lost just 2, the latest of which was in the Citizen’s 2-3 title delaying defeat to rivals United in early April.

City’s other defeat without De Bruyne came in 2016 against Tottenham Hotspur at White Hart Lane. Those difficult games aside, Guardiola has found a way to plug the De Bruyne shaped hole in the City side. 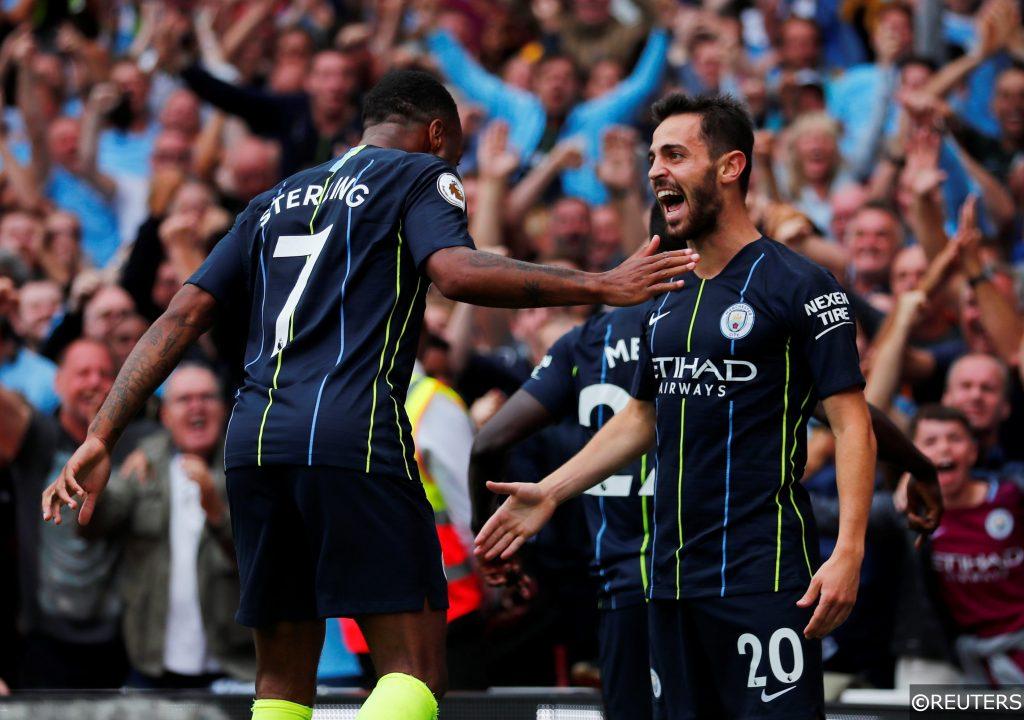 Just last weekend, De Bruyne watched on from the City bench as his teammates toyed with a nervous looking Arsenal side at the Emirates, eventually strolling to an almost effortless looking 2-0 win.

Against Unai Emery’s Gunners, Man City paired Ilkay Gundogan in a deep double pivot with Fernandinho, with Bernardo Silva, Riyad Mahrez and Raheem Sterling providing the innovative spark just ahead of them in the spaces behind lone front man Sergio Aguero.

It was a formula that proved incredibly effective and Arsenal struggled to cope with the intelligence and accuracy of their passing and movement.

Instead of creating a problem for Guardiola, it’s almost as though De Bruyne’s injury has instead served to highlight the incredible variety of players the Catalonian has to choose from.

Conspicuous by his absence last week, the incomparable David Silva also returns to the City fold this week. The European Championship and World Cup winning Spaniard remains the only City player to sit in the all-time Premier League assists table.

De Bruyne’s untimely injury could also open the door a little further for exciting Manchester City youngster and England youth international Phil Foden. Guardiola is unlikely to throw Foden into the City starting XI ahead of his more accomplished teammates, nevertheless, the 18-year old will certainly have moved up the pecking order this week.

If De Bruyne’s injury does prove harder than expected for City to cope with, the champions impending Premier League fixtures should help to ease their worries.

City play Huddersfield this weekend at the Etihad Stadium and they follow at eminently winnable match with five more of the same between now and October.

A trip to play Wolves at Molineux is swiftly followed by back-to-back home games against Newcastle and Fulham. City take the show on the road to Cardiff after that before taking on Chris Hughton’s Brighton in Manchester a week later.

It looks as though the first real test of their strength without De Bruyne will come at Anfield on October 7th. But even with the Belgian in the team, an away game against Liverpool is likely to be their toughest game of the season.

Ultimately, there is no team in the Premier League better equipped to deal with the loss of a star player than Manchester City. With or without Kevin De Bruyne, the City juggernaut will roll on.