Willian expects to leave Chelsea this summer – but where could he go? 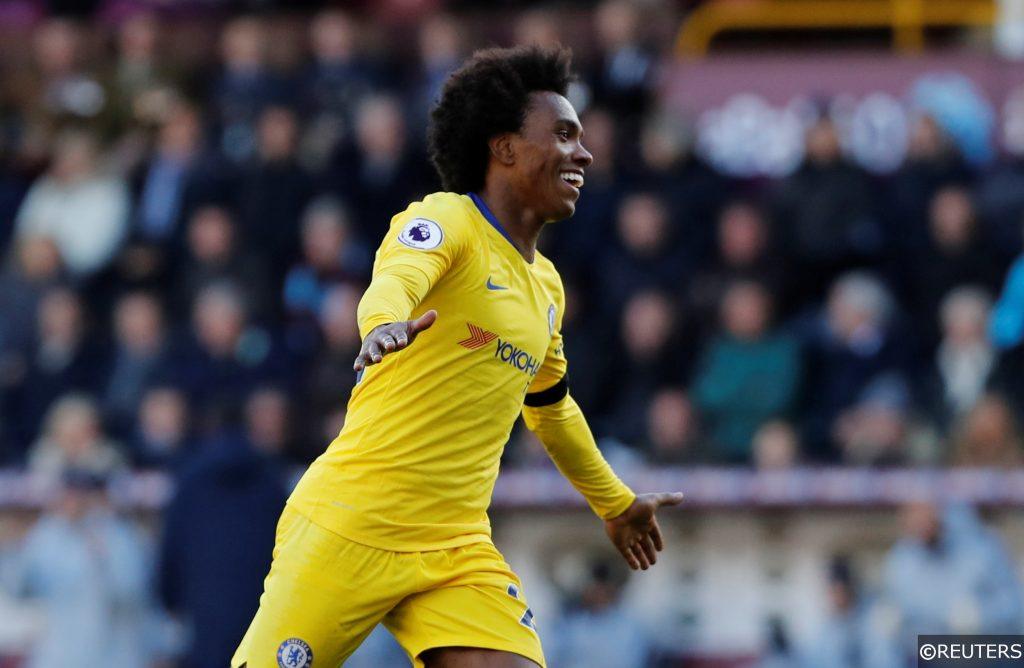 Chelsea star Willian has suggested he will leave Stamford Bridge this summer and a number of Europe’s elite clubs are said to be showing an interest in the Brazilian.

The Blues have a policy of not putting their ageing players on to long-term contracts, which is clearly an issue for 31-year-old Willian.

‘Staying in Europe’ is Willian’s aim

“I think it’s unlikely that I’ll renew because Chelsea offered me a two-year deal, I asked for three and it ended there,” Willian told Fox Sports Brazil.

“I’m not thinking about going back to Brazil and my aim is to stay in Europe. I think there’s still scope for me to do that in the current market and continue playing at the top level for a few more years.”

And it’s easy to see why Willian backs himself to be a success given he has featured heavily for Chelsea since arriving from Anzhi in 2014 and he has played well for Frank Lampard this season, scoring five times and assisting another five goals in the Premier League.

Could PSG or Barca come calling?

The ex-Shakhtar ace has his eye on a starting spot for Brazil at next summer’s Copa America and the 2022 World Cup, with Paris St-Germain and Barcelona both tipped to push for Willian’s signature.

They already have Angel Di Maria, Kylian Mbappe and Neymar in their front three even if Edinson Cavani and Mauro Icardi depart the club as expected this summer, so it’s tough to see him pushing for a starting berth at the Parc des Princes.

Over in Catalonia, Willian would be well advised to look at how fellow Brazilian Philippe Coutinho’s dream move to Barca turned sour after leaving the Premier League.

Antoine Griezmann and Ousmane Dembele are others who have just not settled in an attack where Lionel Messi is the main man and most others find it difficult to play second fiddle.

Could north London be calling?

Tottenham manager Jose Mourinho is a known admirer but Willian infamously spurned Spurs’s advances to join Chelsea which made him a fans favourite at Stamford Bridge before he had even kicked a ball.

Mourinho has no problem with giving experienced players long-term contracts – Toby Alderweireld is one of those who has stayed on at Tottenham with an extended deal – but Spurs are not short of players in the wide positions with Steven Bergwijn, Heung-Min Son and Lucas Moura available to Mourinho.

Tottenham need to look elsewhere in terms of strengthening their squad.

Sometimes the grass is not always greener and perhaps Willian should stick around for two years at Chelsea rather than hunting a longer deal elsewhere.