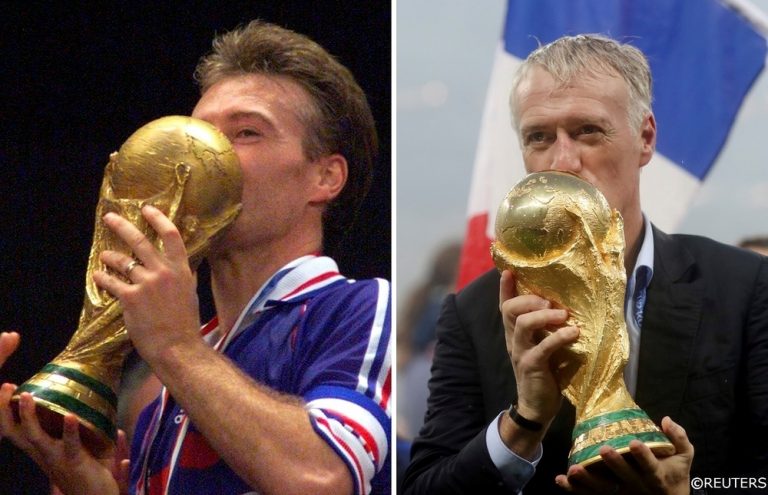 In 1998, when French midfielder Didier Deschamps, a player nicknamed the water carrier for his simplistic style, captained France to World Cup glory, he joined a privileged list of names. Since the very first World Cup back in 1930, only 21 captains have held the famous trophy aloft, while 20 managers have enjoyed success on the biggest stage.

Read More: How Will We Remember the Astounding but Frustrating French Champions?

Winning the World Cup as either a player or a manager is something that, in the grand scheme of things, few players have done, so it is indeed a rare achievement, and success in either of those forms does indeed open the doors to an exclusive club, though an even rarer achievement is winning the world cup as a player and then winning it again as a manager.

On July 15th of this year, when France beat Croatia by four goals to two, in what was the highest scoring final since 1966, manager Didier Deschamps joined the most exclusive of clubs, becoming just the third man in World Cup history to win the famous competition as both a player and a manager, while he became only the second ever man to both captain and manage his nation to World Cup glory.

The first man to complete this astonishing achievement and thus etch his name in the history books forever more was Brazilian Mario Zagallo. As part of the legendary 1958 World Cup winning side, a team famous for featuring a 17-year-old Pelé, Zagallo got his hands on the old Jules Rimet trophy, while it wasn’t long before the winger won the World Cup for a second time, as Brazil doubled up by triumphing in Chile four years after their success in Sweden.

Zagallo, who eventually played 33 times for Brazil, scored at both the 1958 and 1962 World Cup, though he wasn’t done there, not by a long way. In 1966, Zagallo begun his career management, taking over at Botafogo. By 1970, the World Cup winner was now in the Brazil hot-seat and it wasn’t long before success came his way. With a talented squad at his disposal, Zagallo led Seleção to glory in Mexico. The Brazilian also won the 1994 World Cup as assistant manager, while he led his country to the 1998 final during his second spell as boss. 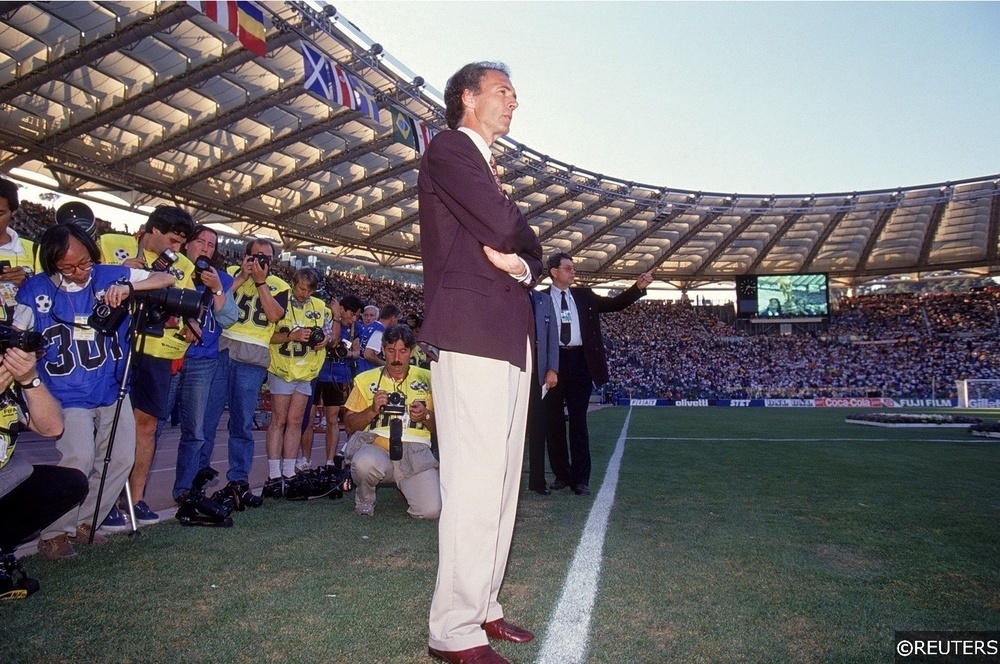 Franz Beckenbauer – a name synonymous with international football, particularly the World Cup. As a player, Beckenbauer led from the back to steer West Germany to World Cup glory in 1974, beating Johan Cruyff’s Netherlands, the team known for their total football approach, by two goals to one in the final. In doing so, the defender became one of the first players, alongside two of his team mates, to have finished first, second and third at FIFA’s flagship event.

When Der Kaiser, which translates as “The Emperor”, finally called time on his playing career, a career which saw the Munich born defender earn 103 caps for West Germany, he went into management. In 1986, Beckenbauer took the West Germans all the way to the World Cup final, though they were beaten by an Argentina team spearheaded by the unmistakable Diego Maradona.

However, the man who had already led his country to World Cup glory as a player wasn’t ready to give up just yet. At the 1990 World Cup in Italy, Beckenbauer once again led a strong squad all the way to the final, where his side banished the demons of 1986 by eventually coming out on top against the Argentinians thanks to an 85th minute penalty from Andreas Brehme.

Like Beckenbauer, Deschamps led his country to World Cup glory as the captain in 1998. In a team littered with exciting flair players such as Zinedine Zidane and Thierry Henry, Deschamps was the man tasked with keeping things grounded. With his simple but effective style of retaining possession and motivating the others, Deschamps led by example as his team went all the way on home soil.

As player Deschamps exuded an element of control over the game, he worked hard off the ball, kept things simple on it, while he rarely made a mistake. 20 years after the Frenchman lifted the World Cup as captain, as manager of Les Bleus, his style and emphasis on professionalism and getting the job done was transferred to the current team. In a World Cup where teams faltered for being too open, too easy to get at, France were just about the only ones who delivered a string of professional, hard-to-beat performances, and as a result, Deschamps became only the third man in the history of the game to win football’s greatest prize as both a player and a manager.