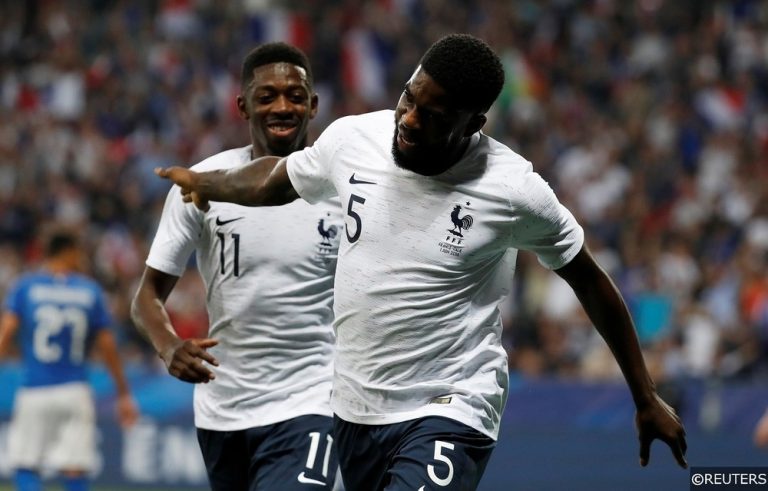 The first ball at this summer’s 2018 World Cup in Russia is mere hours from being kicked, though one of the tournament favourites France, have to wait until the weekend before they get their own adventure underway.

France are aiming to win their second World Cup title this year having lifted the trophy on home soil back in 1998. The French have every reason to be optimistic about their chances. Didier Deschamps has some of the most talented players in world football at his disposal in his star-studded 23-man selection.

Still, Les Bleus have it all to prove. In two of the four World Cups they competed in since they won it themselves in 1998, France were eliminated at the Group Stage twice. An early exit this time around would be equally unthinkable and completely unforgivable.

Observers at the team training sessions at their camp in Moscow, suggest that this will be France’s starting XI for their opening match against Australia on Saturday. Didier Deschamps’ decision to opt for Benjamin Pavard (usually a centre half) over Djibril Sidibie (a specialist right back) is down to the injury suffered by the latter. There are also concerns about the fitness of Samuel Umtiti, though the centre half is likely to bit fit enough to start.

In midfield, N’Golo Kante is deployed in the sentinel role, tasked with cutting of passing lanes and providing the platform for his midfield partners to affect things further up the pitch. Bayern Munich’s Corentin Tolisso is likely to be given a box-to-box brief and given licence to join the attack when necessary.

The three-man midfield places Paul Pogba in his preferred position as the furthest left of a central trio and the enigmatic Manchester United will be expected to deliver. Ahead of him, it’s all about pace and dynamism with the potentially devasting attacking trident of Kylian Mbappe, Ousmane Demebele and Antoine Griezmann. Fast transitions and crisp passing will be order of the day for France in the final third. 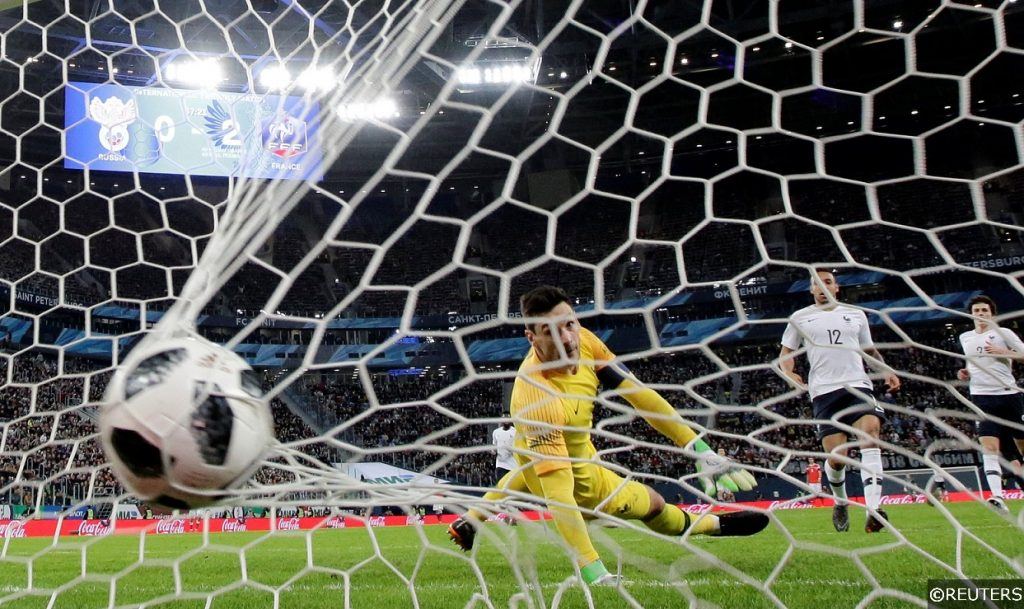 France’s undisputed number one and captain, Lloris is expected to pass the 100-cap mark for his country by the time the Group stage of the 2018 World Cup is over. Lloris is an athletic shot-stopper with a huge amount of experience at the top level – Russia will be the Spurs keeper’s 3rd World Cup for France. Lloris is prone to making an error or two however as Spurs fans will testify to, though the 31-year old should be relatively untroubled in the Group matches at least.

Should Pavard actually start against Australia, it could very well transpire that his selection in that position is a temporary one, with specialist right back Djibril Sidibe expected to recover from injury for France’s second group game against Peru. Pavard is a little green at this level having started just 6 games for France since his first call-up in November 2017. Pavard earned rave reviews in the Bundesliga this season for his accurate distribution from the back. That’s a skill Deschamps is certain to value. 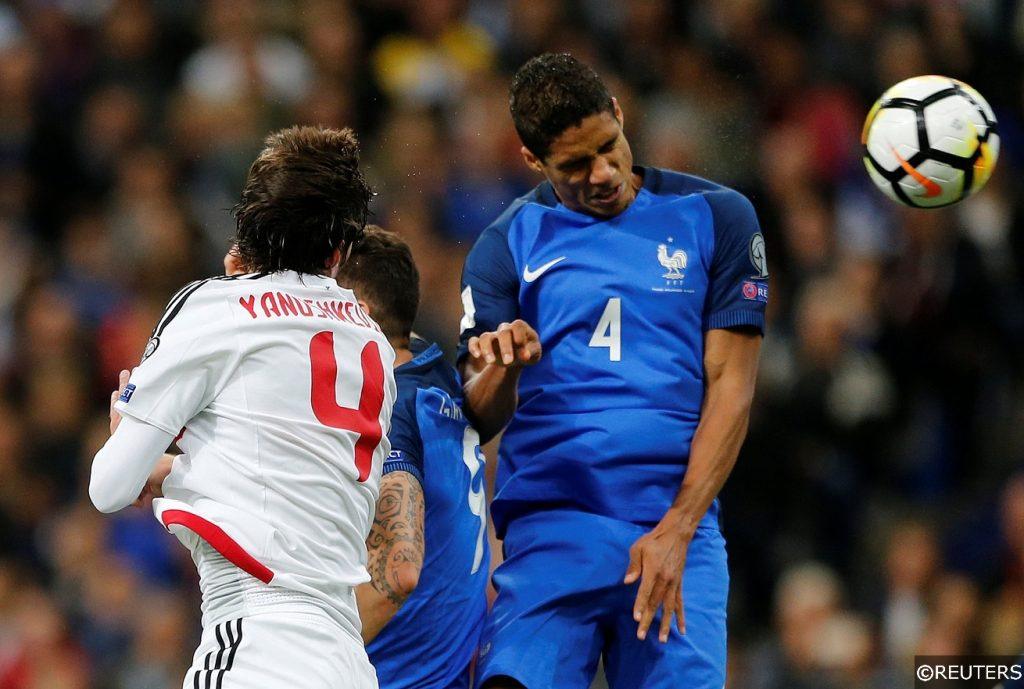 Enemies at club level with Real Madrid and Barcelona, Varane and Umtiti put their domestic differences aside to start as France’s first choice central defensive pair. It’s a double act that seems to have everything, on paper at least. Varane is a Rolls Royce of a defender, coupling an unflappable demeanour with an almost flawless defensive skillset. The 25-year old comes into the World Cup having lifted his 3rd Champions League title in a row. Umtiti enjoyed a fabulous season at Barcelona, playing a vital role in Los Cules La Liga championship triumph. France conceded just 6 times in 10 qualification matches in UEFA Group A, though remarkably, Varane and Umtiti started just twice together. Had Arsenal’s Laurent Koscielny not been injured, he may have started alongside Varane this summer.

Atletico Madrid full back Hernández completes a youthful looking French back-four. The 22-year old is a relative new-comer to the fold and has racked up just 5 appearances in blue for France, after opting to play for them instead of Spain. Equally adept at centre-half, Hernández is a well-rounded defender with a competitive streak that sometimes gets him in trouble. Hernández was booked 8 times and sent off once for Atletico last season. 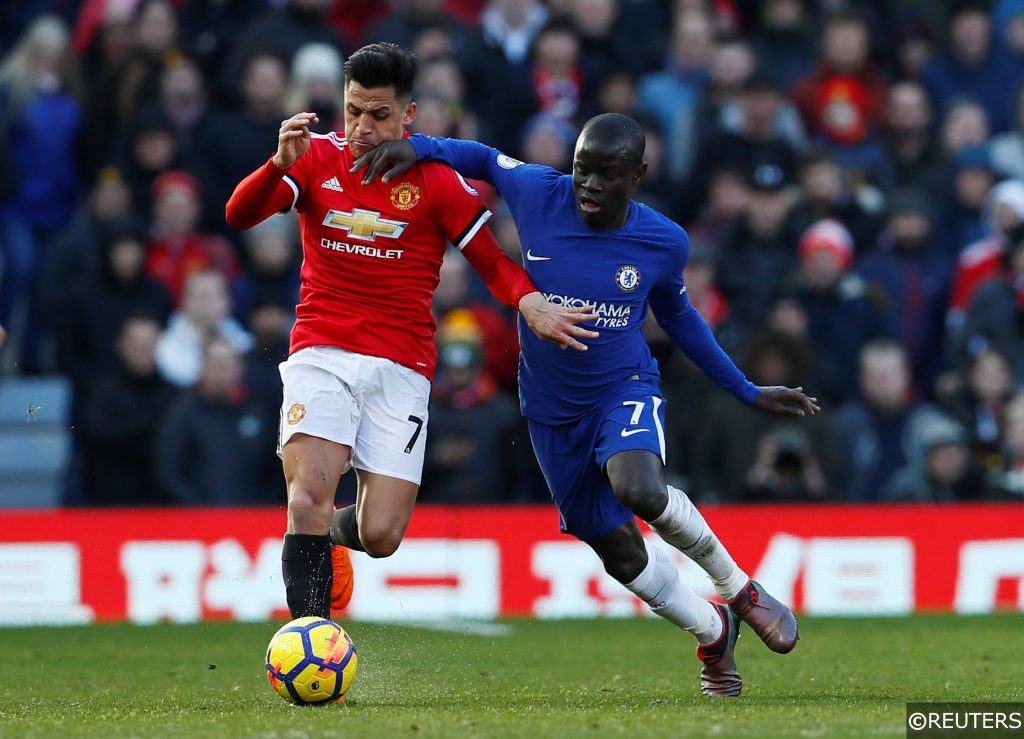 The very definition of a late bloomer, Kante didn’t receive his first call up to the French national team until he was 25. With a playing style similarly to compatriot and former-French international Claude Makelele, Kante has quickly become one of the most important players in Deschamps team. The Chelsea number 7 is a one-man defensive screen and is an expert at winning the ball back quickly from the opposing team. Looking at the make-up of the French squad, Kante’s range of abilities is undoubtedly unique and an injury to the 27-year old would be a huge spanner in the works for Deschamps.

Another new kid on the block, Tolisso has collected just 8 senior international caps for France, having represented them at various levels in the junior ranks. Tolisso has been finding his feet at Bayern Munich since moving there from Lyon last summer, though his dynamic performances have quickly made him a fan favourite at Die Roten. Tolisso brings bags of energy, running power and most vitally, another goal threat to the French midfield.

A player who continues to divide opinion, Paul Pogba often cuts a frustrated figure for France. In similar vein to his performances at Manchester United, Pogba’s displays range from the brilliant to the bafflingly poor and at 25, his managers have every right to expect more consistency. Nevertheless, Pogba remains a genuine match winner and is capable of producing game-defining moments. As always, there is huge expectation on his shoulders and it will be interesting to see how he copes with the pressure.

21 one-year old Ousmane Dembélé is the archetypal inconsistent winger. The Barcelona wide-man regularly mixes the dazzling with the frustrating, though it’s easy to forget just how young he is. Dembélé had to make do with a bit-part role in Catalonia last season and he is yet to fully find his rhythm at Barca. The former Rennes forward is sensational in one-on-one situations and France will look to place him in isolated positions against the opponents’ fullbacks as often as possible. 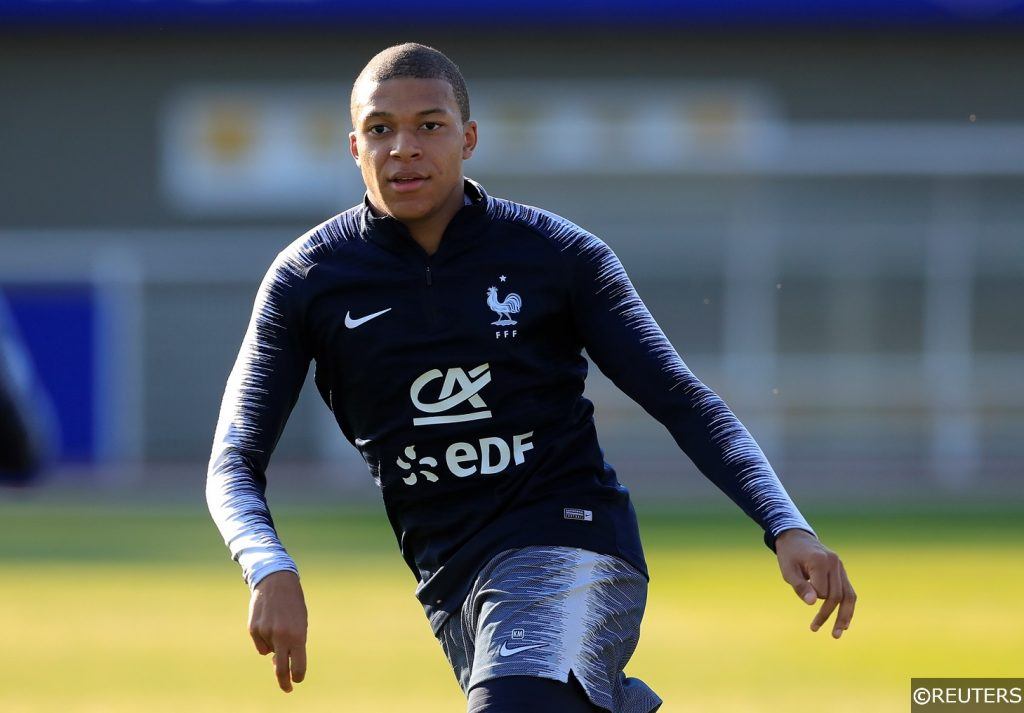 Fresh from scoring 21-goals in his debut season for Paris St. Germain, Mbappe will arrive at the World Cup as arguably the best young player at the tournament. His blend of quicksilver pace and expertly-timed movement is hard to counter, and Mbappe has the talent to turn the World Cup into a nightmarish experience for opposing defenders. Deschamps will look to the teenager to bring unpredictability and explosiveness to the French attack.

When he’s not busy teasing the public about his next move at club level, Griezmann bangs in the goals for both club and country. The Atletico Madrid forward has never failed to surpass the 20 goal mark in a season for Los Colchoneros and the 27-year old has also hit the net 20 times for his country too in 54 appearances for Les Bleus. Griezmann tends to drift right across the width of the pitch from his starting central berth and his movement is notoriously tough for defences to cope with. Griezmann won the Golden Boot at Euro 2016, scoring 6 times for France en-route to their defeat in the Final. He will expect to have a similar impact at this summer’s World Cup.