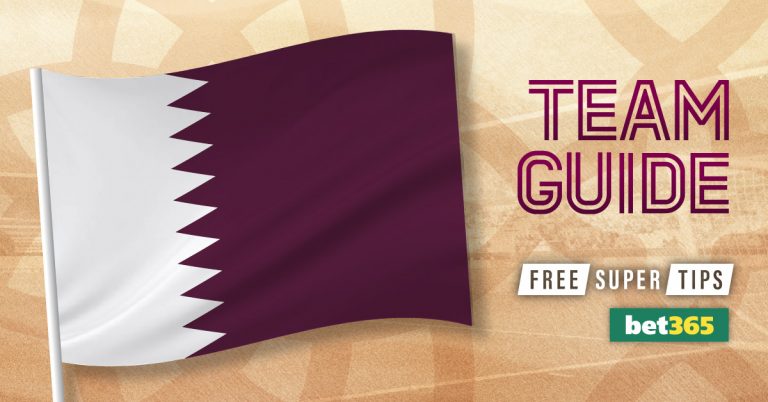 Qatar secured their place at the 2022 World Cup as the host nation and they are the only team making their tournament debut in the showpiece international tournament this year.

The Middle Eastern nation are ranked at 49th in the FIFA rankings, meaning they are somewhat surprisingly not the lowest ranked competing nation as they sit above both Ghana and Saudi Arabia.

Qatar: The story so far

Qatar didn’t have to go through a qualification campaign to reach the World Cup as the host nation but they have enjoyed some good results over the last year or so. The Maroon came third in the Arab Cup last year, beating Egypt on penalties in the third place playoff, and have lost just one of their eight friendly games this year.

In 2019, Qatar won the Asian Cup for the first time and managed victories over Saudi Arabia and South Korea – before claiming a 3-1 win over Japan in the final.

Qatar are in a tough looking Group A alongside the Netherlands, Ecuador and Senegal and their first target will be to avoid becoming just the second host nation to be eliminated in the group stages, with South Africa in 2010 the only host to fall at the first hurdle so far.

Qatar open the tournament against Ecuador on November 21, before facing Senegal and then the Dutch.

The hosts are 14/1 to win Group A and 5/1 to qualify for the knockout stages, indicating just how much of an achievement it would be if they were to avoid falling at the group stages.

Just by competing at this year’s World Cup the current Qatari side have registered a best ever performance in the tournament. They did win nine of their 16 qualifiers for the 2018 World Cup in Russia but that wasn’t enough to reach the competition itself.

Former Barcelona youth coach Felix Sanchez has been in charge of Qatar since 2017 and has a good record as boss, winning 41 of his 78 games in charge so far to give him a winning percentage of 52.6 with 23 defeats.

Sanchez also guided them to the Asian Cup title in 2019 and after that they were invited to compete in the Copa America, where they were eliminated in the group stages. The Catalan coach will be hoping to get the best out of his squad on home soil as they compete on the biggest of stages.

Sanchez moved to Qatar in 2006 and managed the Under-19 Qatar team in 2013, before moving up to the Under-20s, then the Under-23s before taking charge of the senior side.

Unsurprisingly, there are no real household names in the Qatar squad but Almoez Ali may establish himself as their key player – as he has an impressive scoring record for his adopted country with 39 goals in 72 appearances.

Qatar have a contentious strategy of naturalising foreign-born players and Ali originally hails from Sudan. Homam Ahmed is the youngest player likely to be in their starting XI, so has been picked out as our rising star almost by default but he has previously spent time in Europe with Belgium’s Eupen and is one of a number of players who will be keen to use the World Cup as a platform to try and engineer a move into Europe.

In terms of tactics, Sanchez adopts a typically Catalan possession-based approach to the game with a high press when his side are without the ball. He has managed to instil a real sense of unity within his group of players, as demonstrated by their Asian Cup success three years ago.

Qatar need to hit the ground running if they are to stand any chance of progressing beyond the group stages and getting a result in their opener will be key.

Qatar have to use the momentum of being involved and the feel-good factor that comes with that to try and spring a shock on South American nation Ecuador in their first game, so backing them in the double chance market looks one option ahead of that game.