Wycombe Wanderers vs Preston predictions for Saturday’s FA Cup clash at Adams Park. Who will come out on top of this all Championship tie? Read on for all our free FA Cup predictions and betting tips.

Reason For Wycombe vs Preston Predictions

Wycombe Wanderers try to put their awful league form to one side this weekend when they host fellow Championship club, Preston, in the FA Cup.

Wycombe’s first season in the Championship hasn’t gone well with the club rooted to the bottom of the league, winning just three games all season. The side have put in some spirited performances though and will hope that a win in the cup could be the spark to ignite their season.

Preston have had patchy form all season, as evidence by their recent run which has seen them win three and lose three in recent weeks. They have done well enough to keep in touch with the playoff places but need to add more consistency to their game if they are going to finish in the top 6.

As much as Wycombe want to find a win to try and generate some positivity, its hard to envisage them getting the result they desire from this game. Preston are a good side and have scored with enough regularity to think they will come up with the win that will see them into the next round in this one. We’re backing that the visitors will do just that and Preston to win looks good value.

It shouldn’t be a walkover for the away side though and Wycombe will certainly put up a fight as they try and win for just the fourth time this season. We think they will get on the scoresheet but ultimately fall to Preston this weekend with a 2-1 scoreline. 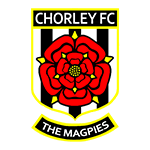 View Prediction
Sheffield Wednesday
Sign Up To Our Email Newsletter