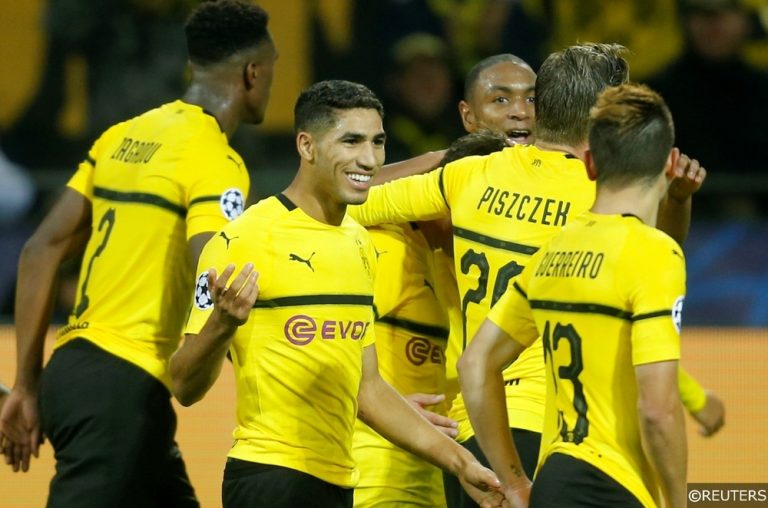 Germany’s Bundesliga could be the first of Europe’s major leagues to resume the 2019/20 campaign next month, after their plans to restart play on May 9 were backed by two regional heads of state.

With football fans across the continent starved of action, the possible return of the perennially exciting Bundesliga is a mouth-watering prospect.

The German top flight is heavily dusted with some of Europe’s most entertaining players and the league is widely considered to be one of the most fertile breeding grounds for football’s most promising emerging talent.

Ahead of its eagerly anticipated return, we’ve compiled a list of 10 players that are worth keeping an eye on in the last quarter of the Bundesliga season.

19-year-old attacking midfielder Paulinho still has work to do to establish himself as a first team regular with Levekusen, though his superb individual performance against Eintracht Frankfurt in Bayer’s last Bundesliga fixture before the suspension offered a glimpse of his massive potential.

The technically talented Brazilian scored two and made another of Leverkusen’s goals in a 4-0 triumph, and we suspect that there is much more of that kind of quality to come from the gifted youngster.

26-year old left-back Philipp Max had been enjoying a hugely productive campaign for Augsburg from his defensive berth before the Bundesliga’s enforced shutdown.

The defender had notched seven goals and five assists in 23 starts for Die Fuggerstädter between August and March, leading many observers to believe that Max was on the cusp of an international call-up for Germany.

You might recognize Christopher Nkunku’s name from the transfer gossip pages and columns. The extremely versatile 22-year-old s a consistent provider, no matter where the Frenchman is deployed by Julian Nagelsmann, and Nkunku already has an incredible 12 Bundesliga assists in the bag this season.

The former PSG academy starlet, who has been linked with moves to Real Madrid, Barcelona, Man City and Arsenal, has been tipped to spearhead France’s next generation in the coming seasons.

The 23-year-old schemer is already among Schalke’s most influential players, bagging seven goals in 17 Bundesliga starts from his deep-lying role in the middle of the park.

While much of the focus at Borussia Dortmund is understandably on attacking duo Erling Haaland and Jadon Sancho, right-back Achraf Hakimi has been quietly having a fantastic season.

The Spanish-born Moroccan international is on loan in Germany from his parent club Real Madrid, and the 21-year-old has been making a hugely positive impression in the Bundesliga, racking up 13 goal contributions (three goals, 10 assists) in 25 appearances for Dortmund.

Touted as the “Danish Gareth Bale”, Hoffenheim winger Robert Skov has enjoyed a solid start to his club career in Germany, hitting three goals and four assists in 22 games following his move from FC Copenhagen in his homeland.

The 23-year-old, who was born in Marbella in Spain, scored a stunning 31 times in 48 games in Denmark before his move to Germany – numbers that suggest he should improve on his relatively modest Bundesliga figures sooner rather than later.

Linked with money-spinning moves to several Premier League outfits already, Borussia Monchengladbach centre-half Nico Elvedi has been steadily building his reputation as one of the Bundesliga’s most promising defenders this term.

The 23-year-old, who fits the modern ball-playing centre-back mould, has already played over 150 times for Gladbach since swapping Switzerland for Germany back in 2015.

Dutch teen sensation Joshua Zirkzee made a real splash in Germany just before the turn of the year, scoring two goals from just two shots in a couple of brief Bundesliga appearances in late December, during back-to-back match defining cameos against Freiburg and Wolfsburg.

Since then, Zirkzee’s first-team involvement with the Bavarians has been relatively fleeting, though the 18-year-old did manage to score again when given a runout against Hoffenheim on 29 February. Expect this wonderkid to do big things soon.

While 20-year-old Koln flier can play just about any position down the left flank, the wideman has been primarily deployed as a winger by Markus Gisdol this term.

The in-demand Koln academy graduate, who can represent either Germany or Senegal at international level, has what looks an underwhelming return of two goals and one assist in 14 appearances this season, though his raw numbers are a poor reflection of his dynamic displays.

Flying Kosovan winger has been thrilling supporters in Germany this season with his sparkling performances for Werder Bremen in 2019/20, notching 14 goal contributions (10 goals, four assists) in 24 in all competitions for the club since August.

The 23-year-old attacker, who can fill in right across the front line, seems destined for super stardom, though Bundesliga supporters might not get to enjoy his close control and tibia-tangling ability for long. A queue of major overseas clubs are already lining up to sign the Kosovan, who is valued at around £35m.