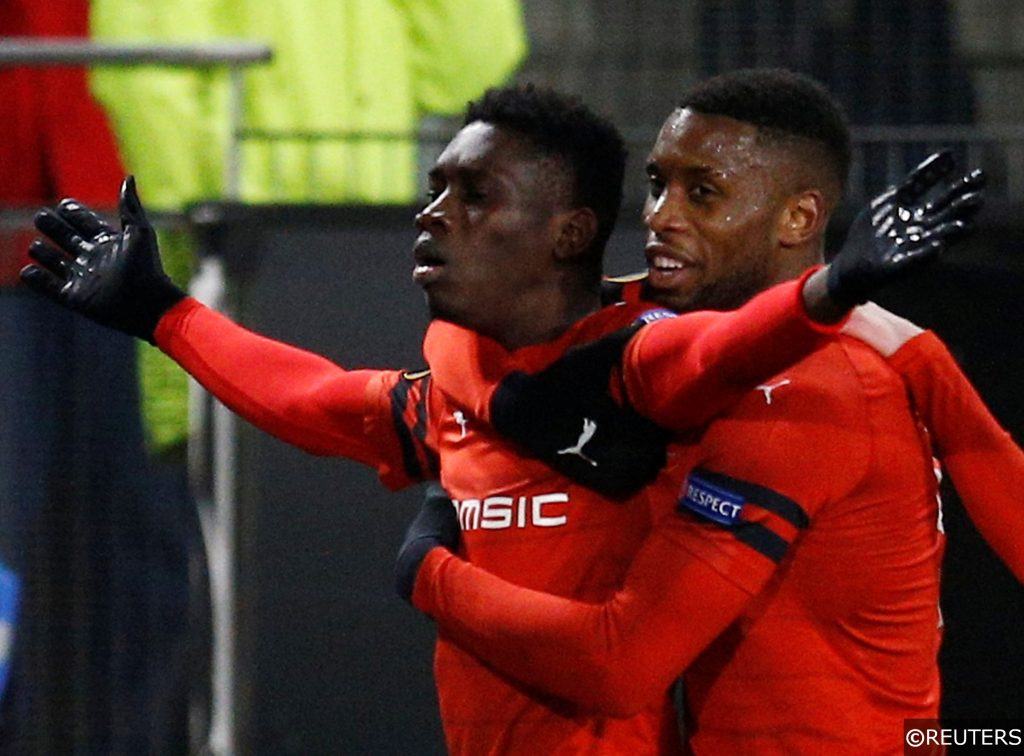 The 32nd edition of the Africa Cup of Nations kicks off in Egypt on June 21st, pitting 24 teams against each other for the title of the continent’s best team.

Alongside the chance to lift the highly coveted trophy itself, the most talented players in the competition will have the opportunity to enhance their reputations through their performances at a major international tournament.

With the transfer window open and the scramble for new players well underway, a succession of impressive displays at the 2019 AFCON in Egypt could turn heads at some of Europe’s biggest clubs.

Let’s take a closer look at some of the exciting young players hoping to make an impact at the 2019 Africa Cup of Nations this month.

Pepe also rattled the net 4 times in 5 competitive appearances for the Ivory Coast between 2018 and 2019, and his match-defining displays for club and country have attracted the interest of a host of Europe’s leading lights this summer.

Likened in style to former Bayern Munich winger Arjen Robben for his slaloming dribbling skills, 20-year old Nigeria winger Samuel Chukwueze is potentially one of the most exciting players involved at the AFCON this summer.

Like most players his age, consistency often eludes Chukwueze, though his incredible ability to beat his man in one on one situations makes him a dangerous weapon in Nigeria’s extensive armoury. Arsenal, Bayern Munich, Atletico Madrid, and Leicester have all recently been linked with moves for Villarreal’s rough diamond.

21-year old midfielder Amadou Diawara has been patrolling central areas with great effect for both Guinea and Napoli over the past couple of years, and though injury disrupted the final few months of his 2018/19 season, Diawara should be fighting fit for his country’s first Group B match against Madagascar on June 22nd.

Best known for his excellent distribution skills and reading of the game, Diaward is rumoured to be on the radar of several Premier League clubs this summer. A good showing for Guinea in Egypt this month could push one of his suitors towards making a concrete move for the former Bologna employee.

In-demand Ismaïla Sarr is famed for his versatility and searing pace – a combination that has put him high on the list of desired targets for several Premier League and European giants.

Sarr notched 8 goals and 6 assists for Rennes in Ligue 1 last season, though it was his performances in the Europa League that really caught the eye.

Sarr scored 4 and made 2 goals in just 9 UEL starts for Rennes last term, however, the 21-year old will be keen to enhance his international output, after finding the net just twice in 11 games for Senegal.

14-times capped Moussa Wagué is one of several blossoming talents at Barcelona, and the 20-year old right back made 3 senior appearances for Los Cules at the back end of last season, suggesting that he is on the cusp of a major breakthrough at club level.

For the national team, Wagué has been a regular feature for Senegal since making his debut for the Les Lions de la Téranga in 2017. Wagué has already made it known that he will use the Africa Cup of Nations to “show himself” to Barcelona ahead of the new season, and that should ensure that he brings his A-game to Egypt this month.

23-year old Mohamed Fares earned plenty of plaudits for his dynamic left-flank performances in Serie A last season, during his year-long loan at SPAL from parent club Verona.

Fares, who primarily operated as a left-back for Gli Spallini, is equally comfortable in defensive and attacking areas of the pitch, and his quality on the ball made him a summer target for Serie A champions Juventus.

Fares has appeared for Algeria only once competitively in his career so far, though he is expected to be heavily involved at the AFCON this month.

23-year old Nice right-back was one of the most consistent performers right across Ligue 1 last season, combining devastating attacking thrust with robust defensive displays throughout his high-level campaign.

Atal finished the season with 6 Ligue 1 goals from his defensive berth, 3 of which arrived in the same game against Guingamp, making Atal the first Algerian to score a French top-flight hattrick in 33 years.

Atal had looked certain to secure a big-club move this summer, though his current boss Patrick Vieira has insisted that his prized asset is not for sale.

Keep up to date with all the latest transfer news, moves and rumours here.

21-year old midfielder Amadou Haidara has been feeling his way in the Bundesliga since joining RB Leipzig from sister club RB Salzburg in December.

Seen as the natural successor to Liverpool schemer and former Leipzig star Naby Keita, Haidara shares many of the same skills as his counterpart, though he has yet to fully flex his muscles in Germany.

Nevertheless, Haidara is still considered a vital cog in Mali’s midfield machine, and they will be hoping that his match-changing qualities will be at their sharpest in Egypt.

22-year old defender Ola Aina recently made his temporary move from Chelsea to Torino a permanent one, after a solid first season in Serie A in 2018/19.

The London-born fullback had been attached to Chelsea since joining their U11 team in 2007, though Aina made just 3 Premier League appearances for the Blues before being recycled through the club’s notorious loan-system.

Aina failed to make the cut for Nigeria’s World Cup squad last year, though he has featured consistently for the Super Eagles since.

Talented midfield technician Ibrahim Sangaré has been compared to both Yaya Toure and Paul Pogba after lighting up Ligue 1 with his silky control of passing skills in 2018/19.

Standing at an imposing 6’3”, Sangaré’s long legs allow him to cover large expanses of pitch almost effortlessly, and his close control allows him to break though midfield and defensive lines at will. The 21-year old Ivory Coast international had been strongly linked with Barcelona, though an extensive list of other clubs are also on his tail.