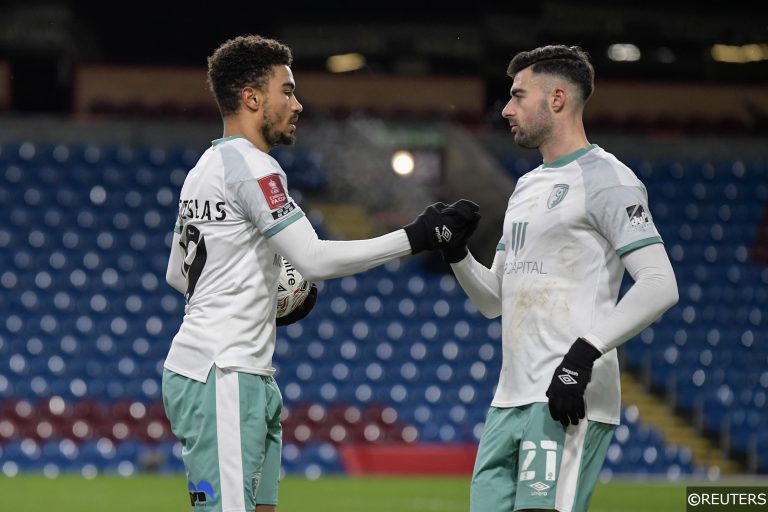 After the recent international break, we’re grateful for a busy Saturday of domestic action. However, with so many games to choose from it can be difficult selecting your accumulators. However, we’re using the power of the people in our market movers accumulator, selecting four of the day’s most popular bets.

Below you can see our four market mover selections, picked from favourites who have seen their odds cut ahead of kick-off. For more selections for Saturday don’t forget to take a look at our free football tips page.

Bournemouth to win vs Coventry (Championship)

Jonathan Woodgate don’t have much of a reputation as a tactician, but his approach at Bournemouth seems to be paying off. The Cherries have won five of their last seven league games under him as they look to leap into the playoffs today.

Bournemouth have a great chance to return to the top six, as they face a Coventry side who have lost 12 of 19 trips this season. With four defeats in their last five away, it’s little wonder people are getting against the Sky Blues here.

Sunderland to win vs Charlton (League One)

Sunderland’s surge for promotion was halted in an Easter Monday draw with second-placed Peterborough, but the Black Cats are unbeaten in 14 outings.

Sunderland have won six of their last seven at home, so we think they’ll prove too strong for a Charlton side who sit just outside the playoff spots.

Port Vale are in storming shape coming into this clash, which has seen punters back them. The hosts have won their last five League Two games to claw away from danger, with 15 of their 50 points coming in the last couple of weeks.

The hosts should be able to catch out Morecambe, who picked up a point from two games over Easter weekend. With Port Vale flying, we are backing them as their price continues to tumble.

Bolton have the best record across the last 12 games in League Two, winning nine of those matches. Their 2021 turnaround has lifted them into the automatic promotion chase, with the Trotters level on points with third.

Bolton’s hopes of going up should be boosted this weekend, with Harrogate in terrible shape. The visitors have lost four of their last five games going into this one and we see them struggling against League Two’s form side.