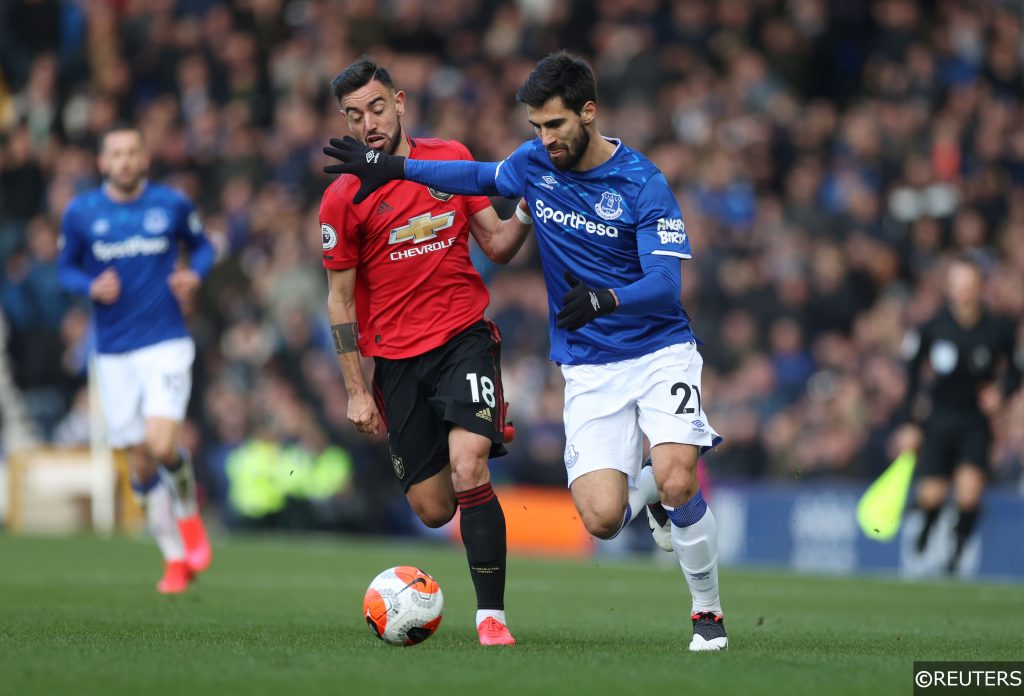 One of the great Premier League rivalries of this millennium resumes on Saturday evening as Manchester United play host to a Chelsea side filled to the brim with attacking talent.

These two top flight giants possess some of the most lethal attacking players in world football, but despite the abundance up front both have struggled at times this season.

Manchester United have lost both home Premier League games and conceded an incredible nine goals in the process, while Frank Lampard’s Chelsea outfit have conceded three goals in two of their last three league outings.

With the goals flowing and both sides managed by legends of the club, this clash makes for a mouthwatering way to herald in Saturday evening, and we’ve put together a special Betfair #OddsOnThat selection to celebrate the occasion.

And remember to check out all our betting tips and analysis on our Manchester United vs Chelsea predictions. Anyway, enough rambling – let’s dig in!

4 or more goals in the match

We’ve already touched on the juxtaposed talents at either end of the pitch for both Manchester United and Chelsea, but let’s put some numbers down.

Manchester United have conceded an average of three goals per game in the Premier League this season but have scored 2.25 goals per game at the other end. They put four past Newcastle last weekend and put in a ruthless attacking display against PSG in midweek. The result is that all four of their league games this term have featured at least four goals.

Chelsea post similar figures, scoring 2.6 goals per game and conceding 1.8 at the other end. They have netted an incredible ten goals in their last three matches, and all but one of their league outings this season have featured four or more goals.

This selection speaks for itself. Manchester United’s attacking lineup will be without the suspended Anthony Martial, but national treasure Marcus Rashford will be supported by the in-form Bruno Fernandes and Mason Greenwood could be making a reappearance as well. However, they are yet to keep a Premier League clean sheet this season.

Chelsea’s star striker Timo Werner got off the mark in the Premier League last weekend with a sensational display which was ultimately let down by a trio of defensive calamities. He, along with Kai Havertz, Mason Mount and Christian Pulisic, can trouble this fragile Red Devils back line. But again, the Blues have only kept one league clean sheet this season and that was against a hapless Crystal Palace side, so their chances of keeping Rashford and company out are slim.

Manchester United fans will look back fondly on January 2020, despite the global chaos that followed a couple of months later. Bruno Fernandes arrived from Sporting Lisbon, and the Portuguese midfielder has been an absolute revelation at Old Trafford.

His goal at PSG in midweek made it four games in a row that he’s found the net for his club, and since his arrival he has scored 11 goals in 18 Premier League appearances. Just to nail down how important he’s been, Fernandes has been involved in 20 goals in the top flight since his arrival.

With Manchester United still winning penalties on an almost weekly basis, backing the penalty taker to hit the back of the net looks a good option.

5 or more cards in the match

This fixture may not be one of the traditional, historic local rivalries, but the influx of Roman Abramovich’s wads of cash in the early 2000s certainly added a bit of spice to Manchester United’s games with Chelsea.

That spice has continued throughout the years, and just last season 19 yellow cards were brandished in the four meetings between these sides. 14 of those came in their two Premier League battles, while seven players were booked when the teams last met at Old Trafford in the Premier League.