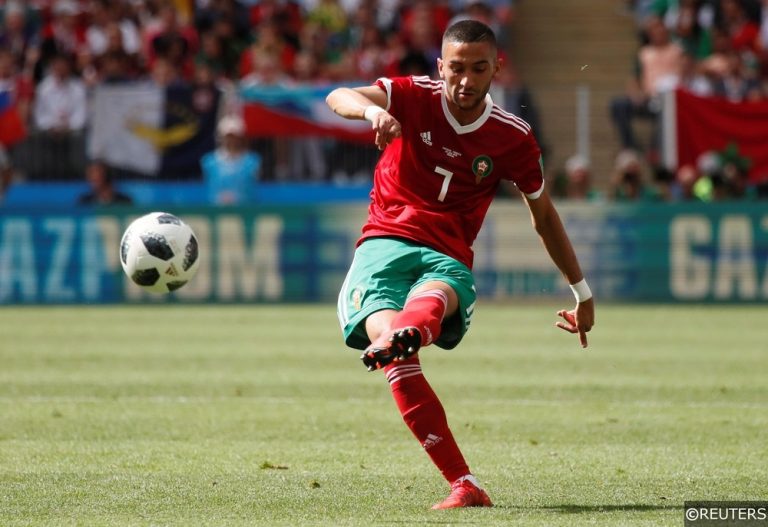 On July 21st, the Africa Cup of Nations gets under way in Egypt, kicking off what promises to be an intensely fought 28-day battle between 24 of the strongest teams on the continent for the 2019 title.

There is a heavy sprinkling of star-dust across the various squads involved in the 2019 AFCON, with some of football’s most exciting players and biggest names set to don their country’s colours in pursuit of Cup of Nations glory.

To help you get in the mood for the competition, we’ve put together a Pre-Tournament Best XI featuring some of the most high-profile African players that we think are certain to shine in Egypt.

If you disagree with any of our selections, make sure to let us know on Twitter! You can find our official account here. 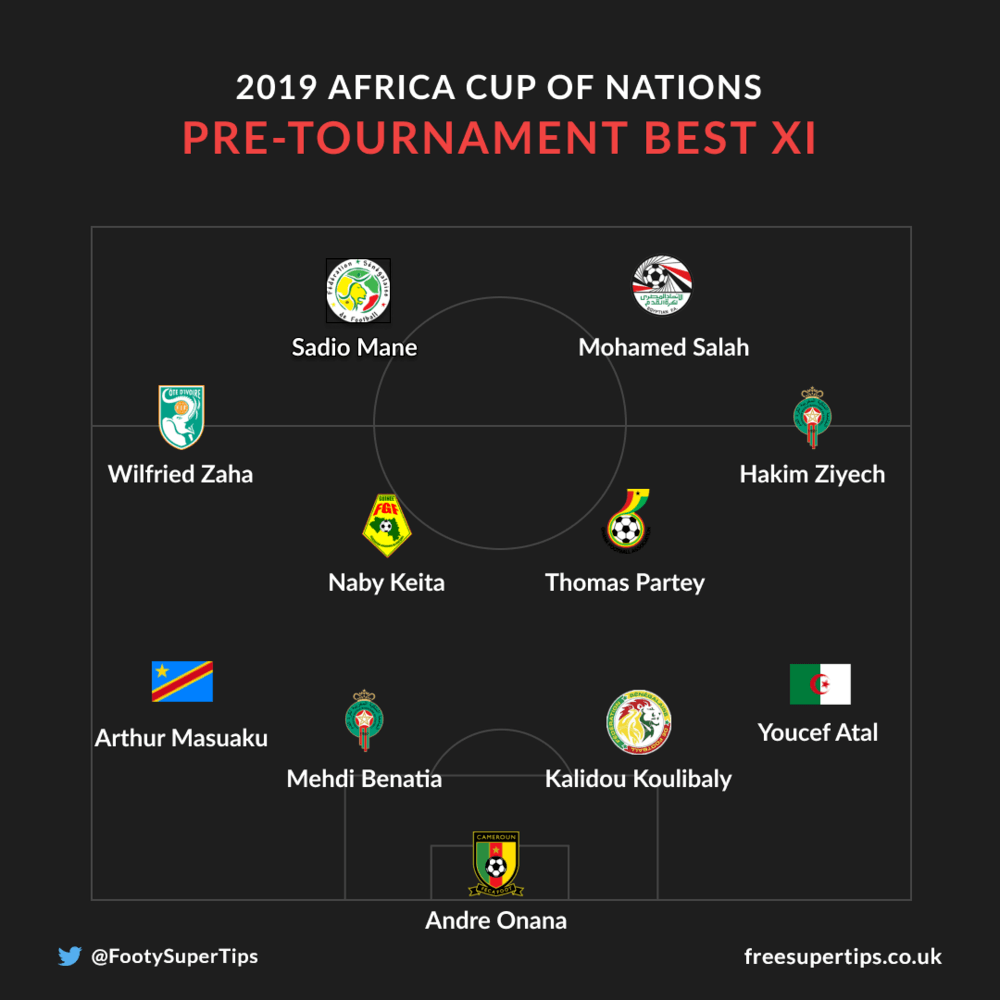 23-year old Ajax stopper Andre Onana enjoyed a sensational season between the sticks for the recently crowned Dutch champions in 2018/19.

Onana played 55-times in all for De Godenzonen and the former Barcelona academy starlet played a key role Ajax’s run to the Champions League Semi Finals.

The 9-times capped Cameroon international, who made his senior national team bow in 2016, has been heavily linked with a move to Man Utd as a possible replacement for their current number one, David de Gea.

Alongside making the cut in our pre-tournament XI, 23-year old Nice fullback Youcef Atal also features in our article detailing 10 exciting players to watch at the 2019 Africa Cup of Nations.

Atal was one of the most impressive performers right across Ligue 1 in France last season, combining defensive reliability with penetrative attacking forays from deep throughout his high-level campaign.

Atal is set to feature heavily for Algeria in Egypt, where he could pair up down the right flank with Man City’s Riyad Mahrez to form a potentially devastating double-act. 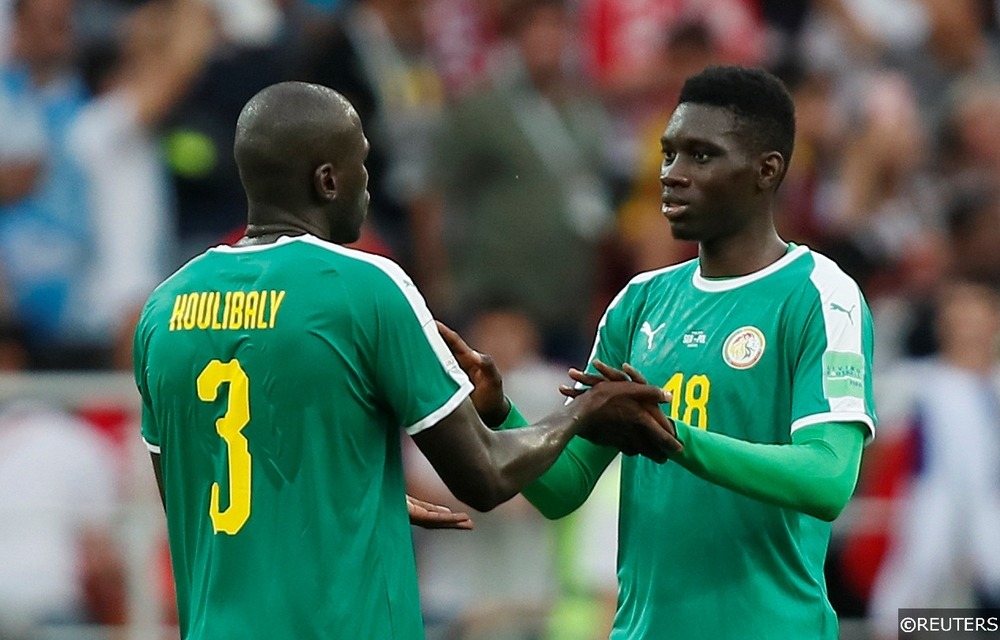 Physically imposing central defender Kalidou Koulibaly remains one of the most coveted players in his position in Europe.

The 27-year old, who has been with Serie A club Napoli since 2014, has recently been touted as a possible summer signing for Premier League big hitters Man City, Liverpool and Man Utd.

Napoli are thought to be demanding in excess of £80m for their defender, which illustrates just how highly they rate the 32-times capped Senegal international.

Having already played and performed well for Roma, Bayern Munich and Juventus during his extensive club career, 32-year old Mehdi Benatia is one of the most experienced players at the 2019 AFCON.

Famed for his athleticism and composure in possession, Benatia was considered by many to be one of Serie A’s finest defenders during his time there between 2010 and 2019.

Benatia joined Qatari club Al-Duhail in January of this year, but even though the quality of his club football has dropped considerably, he remains an integral part of Morocco’s plans.

25-year old Arthur Masuaka shared left fullback duties with Irons’ teammate Aaron Cresswell for much of last season at West Ham, though the fact that the Congolese international was selected for the club’s bigger games more often than not shines a light on his obvious quality.

Ever inch the modern left-sided defender, Masuaku is comfortable at either of the pitch, and the marauding wingback has the physical capacity to be effective in both attacking and defensive areas . Born in Lille, Masuaku switched international allegiances to DR Congo having represent France at U18 and U19 level.

Masuaku has collected only 3 caps for DR Congo since making his debut in October 2018, though he is set to significantly add to his appearance haul in Egypt.

Flying winger Hakim Ziyech is the second Ajax player to make our AFCON pre-tournament XI, after the 26-year old enjoyed the most productive individual season of his career in 2018/19.

Ziyech hit 21 goals in all competitions for the free scoring Dutch champions from the right-hand side, and the technically brilliant wide attacker also finished with an assists tally that was well into double figures for the year.

Morocco understandably rely heavily on Ziyech’s powers of creation – in fact, Ziyech has scored 4 of his country’s most recent 5 international goals. In total, Ziyech has played 25 times at senior level for his country, scoring 14 times.

26-year old physical tour de force, Thomas Partey, has been earning rave reviews in Spain for his dynamic performances at the heart of Atletico Madrid’s midfield.

Partey has been a hugely important player for Ghana since making his senior international bow in 2016, and the Atletico academy product has scored 7 times in 17 appearances for his country in the 3 years since. 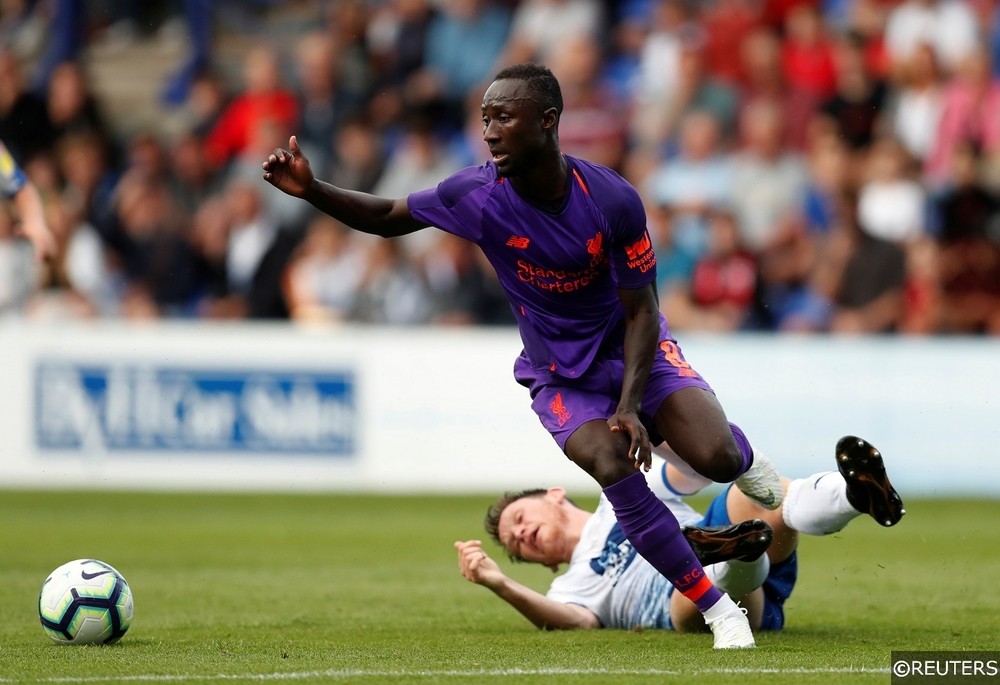 Even though his performances haven’t exactly blown people away since his huge £52.74m move to Liverpool from Bundesliga side RB Leipzig, Naby Keita will still be one of the most naturally gifted footballers in Egypt this month.

The 24-year old had started to shown glimpses of this match-winning ability for Liverpool before an injury set him back at a crucial juncture, though the Guinea international should be at full fitness for the AFCON group stage.

Keita made his debut for Guinea as a 19-year-old in 2013 and the archetypal box-to-box midfielder has collected 31 caps in total for his homeland, scoring 5 times.

Tournament dark horses Ivory Coast will be hoping that Wilfried Zaha can successfully replicate his limb-twisting Premier League dribbling skills on the international stage this month.

Zaha, who was born in Abidjan, the economic capital of the Ivory Coast, has been tipped to leave Crystal Palace for a bigger club for a few years now, though concrete developments have never fully followed rumour.

The 26-year old’s unique marker-beating skills make him one of the most unpredictable and potentially dangerous players at the 2019 AFCON, and Zaha will be keen to perform at his best for the country he has represented 11 times.

Mohamed Salah, along with Sadio Mane, make up a Liverpool one-two combination in our 2019 Africa Cup of Nations attack line.

Salah is just as influential for his country as he is for his club, and the 27-year old currently sits 3rd on Egypt’s list of all-time top scorers with 39 goals in 63 games. 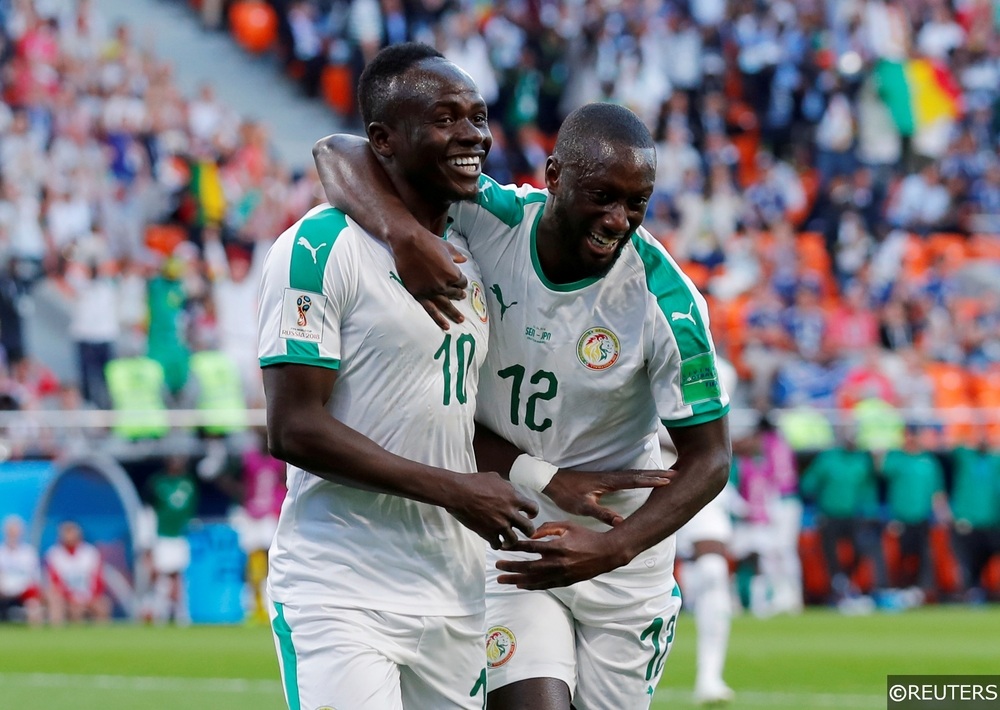 Senegal’s Sadio Mane comes into the 2019 Africa Cup of Nations as arguably the tournaments most in-form player, after his incredible finish to the 2018/19 campaign where he netted 18 times in 27 games for club and country.

Mane’s wonderful habit of hitting the net in big games saw him register against teams like Porto, Chelsea, Bayern Munich, Arsenal and Man Utd last season, and Senegal will be banking on the forward’s sense of occasion making the difference in Egypt this month.

Mane, who we tipped to finish as the 2019 AFCON top scorer, has played 60 times for Senegal, notching 16 goals in the process.