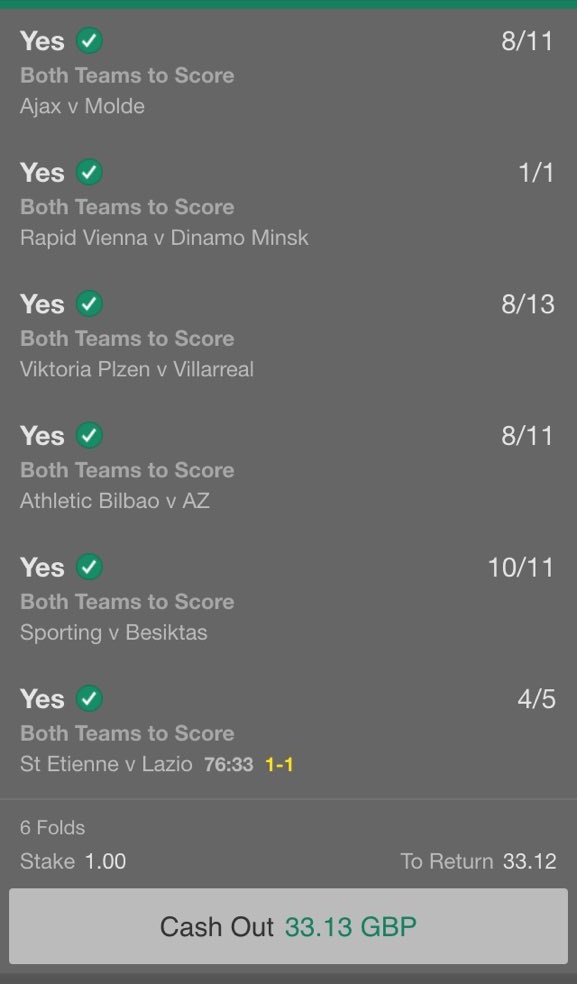 A great night for our Europa League tips on Thursday night as our tipsters landed a huge 36/1 Both Teams To Score Accumulator! Check out some of the winners and find out how you can join in.

36/1 both teams to score accumulator has WON! Winners send in your slips please 🙂 https://t.co/WrSdGz3mU5

3 early games and 3 late games were included in the Europa League Both Teams To Score acca – heading in to the late games, the bet was halfway there but still required 6 teams to score in the remaining matches.

It looked as though FST once again needed to work up some magic as by the time the second half of the 8pm games started, only 2 teams had scored and the bet still needed 4 more goals.

2 goals inside 15 minutes of the second half saw us edge closer to another big win then Sporting scored in the 67th minute to give us just over 20 minutes to get a final goal from St Etienne who were losing 0-1 to Lazio.

Some of our previous winners had been won in the dying minutes but this time was made a bit easier as St Etienne scored in the 76th minute and our 36/1 BTTS acca was a winner!

Check out some of our followers winning bet-slips below!

Cracking early Christmas present for @Huey_Hotspur as he won £179 from a £5 loyalty bonus from bet365! 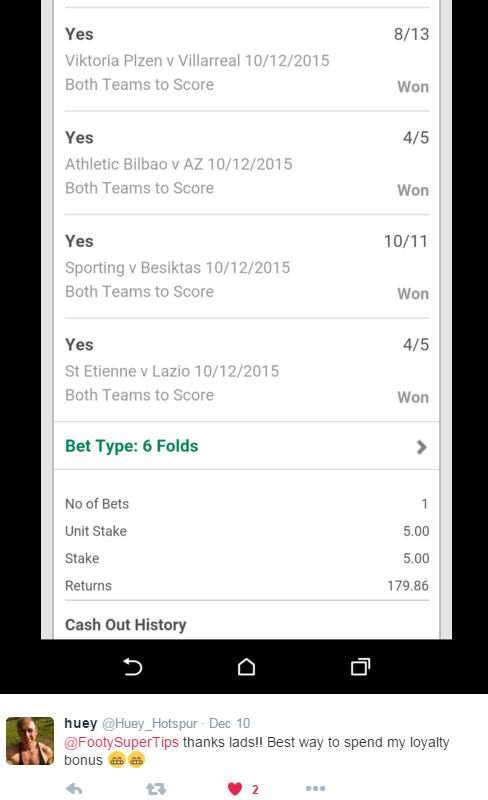 Then there was this monster win from @darcher1966 who won over £550 from a free bet from Paddy Power! 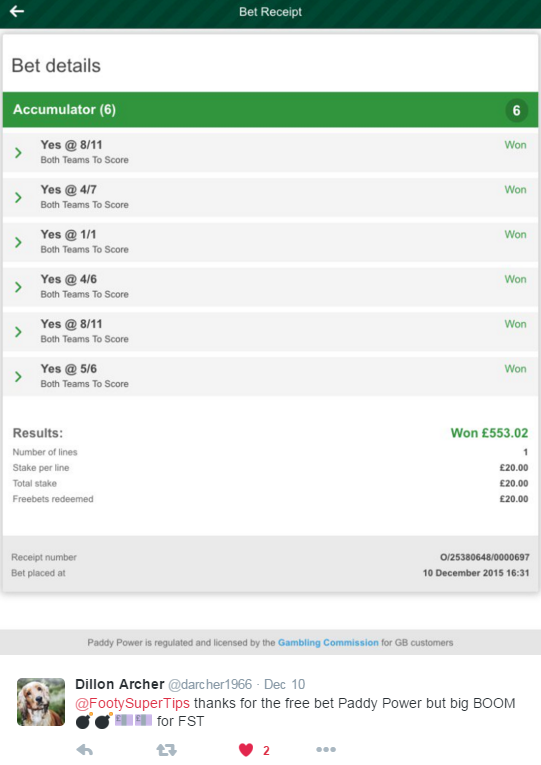 This was our third Both Teams To Score Accumulator win in a month and we have now made over £400 on BTTS acca’s alone this season so make sure you’re following our Free Football Betting Tips if you want to join in the profit as we have been smashing it recently!