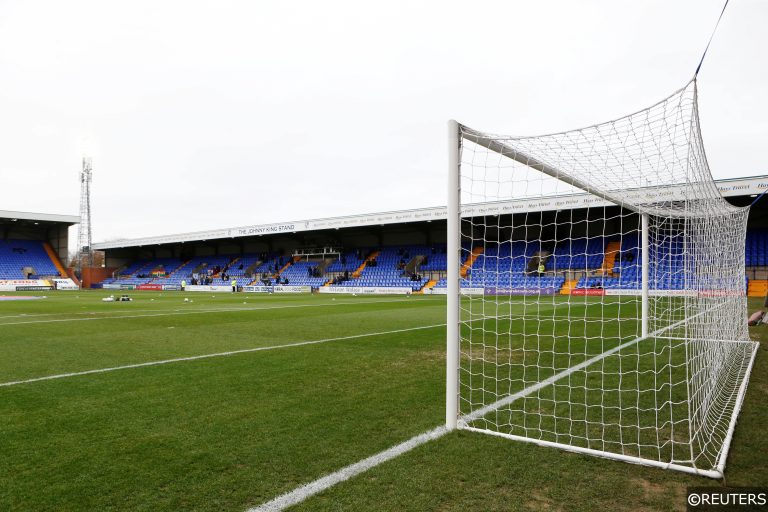 We’ve been up early here at FST and done the hard work for you on that front, as we’ve put together a fourfold featuring teams who have seen their odds cut ahead of today’s 3pm kick-offs. Together, there’s still value to be found in a 38/1 accumulator tip.

Bristol Rovers are being backed to overcome fellow League Two strugglers Crawley Town this afternoon.  The Gas have just four points to show from five games so far but they have managed three points from two games at their Memorial Ground home.  Crawley also have four points having played a game less, but they have lost all three of their away games in all competitions this season – and they have conceded six goals on two occasions on their travels.

Salford were one of the pre-season favourites to take the League Two title but have endured a tough start to the season with just five points from as many games.  The Ammies are being backed to kick-start their campaign with a win at Carlisle today, after the Cumbrians slipped to a first league defeat of the season at Hartlepool last weekend.

Tranmere have had an abysmal start to the season and have picked up just two points from four games after winning their opener.  However, most of their struggles have come on the road and at home they have a respectable three points from two games, the Rovers are being backed to make the most of home advantage at Prenton Park today when in-form Hartlepool visit Birkenhead.

It probably would be a bit of an upset if Harrogate were to win at Mansfield this afternoon, but the visitors are the form team coming into the game so a victory for Town is by no means out of the question.  Harrogate have seven points from their last three league games but they key to their dip in price could be a 3-1 home win over their hosts today in the EFL Trophy in midweek.  The Stags have lost their last three games in all competitions, but they do have six points from a possible nine at home.