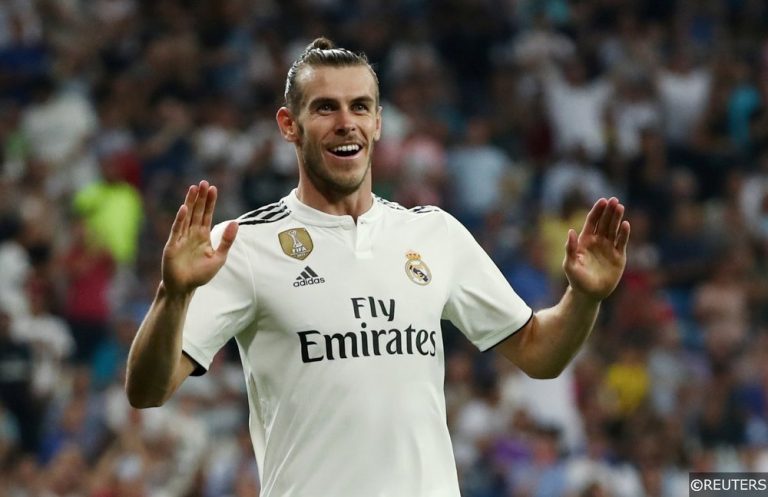 Following on from a club legend like Zinedine Zidane was always going to be tough for Julen Lopetegui not least with Los Blancos coming into this season on the back of three straight Champions League wins. That achievement is remarkable by anyone’s standards but the Frenchman did still leave after a disappointing bordering on disastrous domestic campaign which resulted in Los Blancos finishing a distant 17 points behind Barcelona.

However, even through more troubled recent times and even during the reign of the supposedly dour tactics of Jose Mourinho, one thing that Real Madrid have always done well is put the ball in the back of the net. They still averaged an excellent 2.47 goals per game in La Liga last term and even the early signs this season were pretty bright.

By the end of week three, Real had already netted four times on two occasions with Gareth Bale, Karim Benzema and Marco Asensio combining brilliantly up front to ease fears the loss of Cristiano Ronaldo would severely harm their attacking threat. An excellent 3-0 win over Roma in the Champions League followed with the performance even lauded as one of Real’s best in recent years. Nobody after that game could have predicted that such a barren run in front of goal was just around the corner.

409 Minutes and Counting – The Wait goes On

MARCA: Real Madrid’s goalscoring drought has coincided with the absence of Isco. His surgery came just three days after their 1-0 victory against Espanyol and Los Blancos haven’t scored since, now going 409 minutes without a goal. pic.twitter.com/HNoJLlRZdI

The last goal Real Madrid scored in any competition came on Saturday 22nd September, with Marco Asensio’s First Half strike firing them to a narrow 1-0 win over Espanyol. Exactly four weeks on they will return to the Bernabeu this Saturday bidding to end a goal drought that now stands at 409 minutes.

That sequence commenced with an edgy Second Half showing against the Catalan club before a desperate 3-0 defeat at Sevilla as they were played off the park for forty-five minutes before creeping back into the game slightly without launching a comeback. A goalless Madrid derby followed before a Champions League defeat in Moscow and worst of all, a 1-0 loss last time out at Alaves in La Liga. Their goal drought would equal the worst in the club’s history (5 matches) were they to fail to score against Levante this weekend.

There was an air of inevitably that at some point this season, Real Madrid would go through a poor run of form and everybody would quickly jump to the conclusion that they were paying the price for selling their talisman. In terms of the balance of their attack and certainly in terms of building for the future, there’s a strong argument to be made that it was the right call particularly given the enormous fee they received for the 33 year old, money which is likely to eventually go towards the purchase of Neymar, who remains top of Florentino Perez’s wish-list.

However while Bale and Benzema started the season brightly and Marco Asensio has again shown flashes of brilliance, the sheer presence of Ronaldo has unquestionably been missed over the past month. He was Real’s ‘get out of jail free’ card so many times and you sense had he remained at the club, he would have pulled something out the bag in at least one of Real’s last four matches that would have altered the outcome of the result and at least saved Los Blancos from the indignity of a potential club record goalless streak.

It would be pushing it considerably though to say that a lack of talent is behind Real Madrid’s struggles over the past month. Even without Ronaldo, they still boast some of the best midfield and attacking players in world football but questions may start to be asked about the character of this side if things don’t pick up. Ronaldo has always exuded extreme confidence and was always the one who would seem to thrive on the challenge and pressure of difficult situations at important moments in the season. He was the focal point and leader of Real’s attacking unit and while the likes of Bale, Benzema and Modric are very different personalities, you sense one of them needs to take on the responsibility of literally dragging this side out of its current rough patch.

Real Crisis or just a Blip?

After the defeat to Alaves, on balance the worst overall performance of the Lopetegui reign so far, the Spanish media was full of talk of ‘crisis’, a word that can be all too regularly branded about at times such as this. There was even some speculation that the coach’s job could be on the line already but it all seems a little premature.

If you analyse Real Madrid’s results and performances, aside from the loss to Alaves, they aren’t necessarily a great cause for panic. The loss at Sevilla was their 6th defeat in 7 league visits to the Ramon Sanchez Pizjuan. Some woeful defending contributed to it but Luka Modric scored a goal that was only ruled out by a marginal VAR call while Gareth Bale missed two excellent chances, that another day he may well have finished so it wasn’t a desperate attacking display. Likewise the 0-0 draw with Atletico, only really mirrored results from recent seasons with Real having failed to beat their city rivals at home in La Liga since the 2012-13 campaign.

Therefore it would be a bit harsh to really pile all the blame on Julen Lopetegui. The reality is that Real Madrid are still only two points off the leaders in La Liga and have the chance to go top for a few hours at least on Saturday. Meanwhile Lopetegui deliberately rested players for the long trip to Russia, a game which Real largely bossed and the defeat is unlikely to prove a decisive one given the relative weakness of the group so it’s not as though their Champions League defence is on the rocks either.

Back-to-back home matches against Levante and Viktoria Plzen over the space of four days in theory provide a good opportunity to get back on track. That should at least buy Lopetegui some more time but he will be well aware that el clasico at Camp Nou immediately follows those matches and rightly or wrongly, his reign so far and perhaps even his future will largely be judged by what happens in Barcelona a week on Sunday.