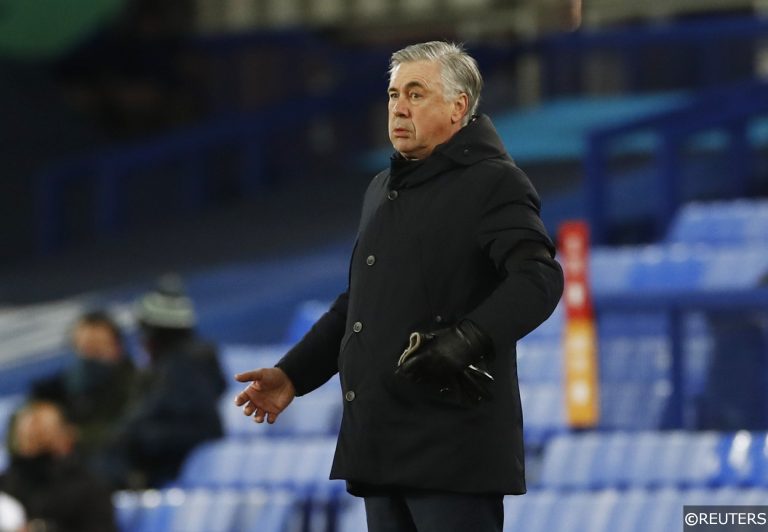 Both Arsenal and Everton are hovering in midtable limbo ahead of their clash at The Emirates Stadium on Friday, though a victory for either team in North London could provide the spark for a late continental qualification charge.

The Toffees haven’t won at Arsenal since a late Andrei Kanchelskis strike earned them three points at Highbury in 1996, but with the Gunners misfiring at home and away day specialists Everton a potent threat on the road, that lengthy wait for success could end.

Friday’s tussle looks a tailor-made game for bet builder and multi part bettors, and below we’ve got tips for the match with that in mind, plus our own 44/1 bet builder acca.

Remember – you can read our detailed analysis of Friday’s game in our Arsenal vs Everton predictions. 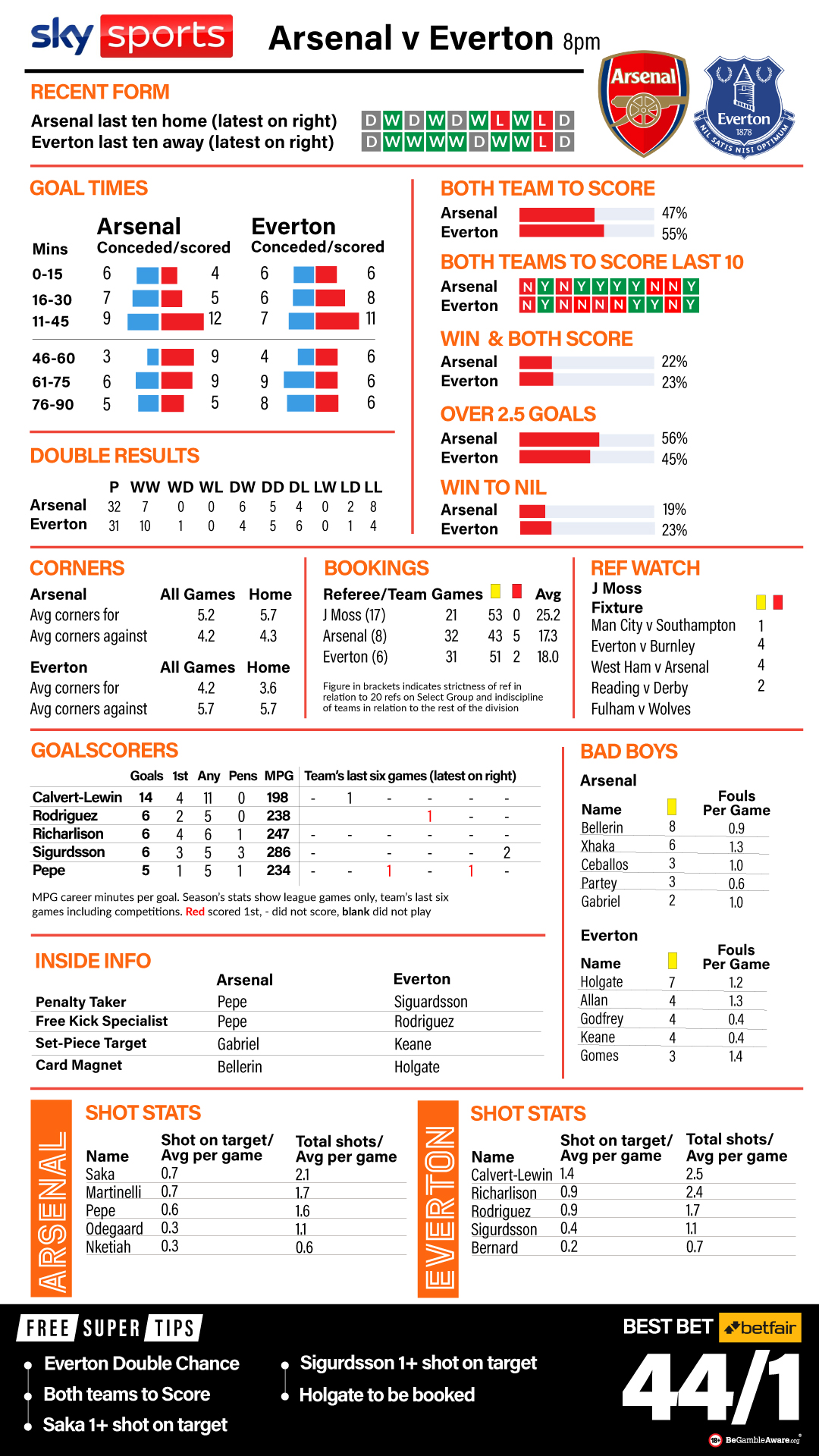 Everton haven’t won at Arsenal in 25 years, though the Toffees have a huge opportunity to break that dismal cycle this week. The Gunners are set to be without their most potent goal-getting pair in Pierre-Emerick Aubameyang and Alexandre Lacazette, while Everton’s away record also holds plenty of promise.

The Blues have lost just one of their last 11 Premier League away matches and with their hosts shorn of their most threatening attackers, Everton should be confident of securing a result.

Goals have been produced at both ends in six of Arsenal’s last nine Premier League assignments and in three of Everton’s last four matches – and action at each end is expected again when the teams face off in London.

The Toffees’ results away at Arsenal have been underwhelming, but they did trade goals with the Gunners on four of their last five trips to play them in the capital, and the same market looks worth sticking with on Friday.

With Aubameyang and Lacazette absent and Willian out of favour, 19-year-old Bakayo Saka becomes something of an elder statesman – in terms of top-level experience at least – in Arsenal’s front line this week.

Saka already tops the charts at Arsenal for attempts registered per Premier League appearance this season (2.1), and with the versatile youngster shouldering more goal-scoring responsibility on Friday, we expect him to improve upon his 0.7 shots on target per game average against the Toffees.

On the opposite side of the dividing line at The Emirates, Everton pair Richarlison and Dominic Calvert-Lewin are the obvious pick outs, though Iceland midfielder Gylfi Sigurdsson is preferred instead at more favourable odds.

The 31-year-old came to the fore last time out against Spurs, clocking four attempts, with two hitting the target and two hitting the net. With his confidence up, the set-piece specialist is worth backing to test Bernd Leno at least once.

Only Man City and Liverpool have picked up fewer cards at home in the Premier League than Arsenal this season, so it makes sense to look towards the away dressing room for card market candidates this week.

Mason Holgate has collected more yellow cards in the top-flight than any of his Toffees teammates this term, and the 24-year-old, who has been shimmied from right back to the middle and back again is worth taking to pick pocket his eighth caution of the campaign.

Arsenal tend to favour attacking down their left flank, with 40% of their forward moves this season coming down that side compared to 36% on the right and 24% through the middle. Holgate will be positioned to thwart those advances, heightening his chances of tackling his way into trouble.

FST hits the mark with five winners on Wednesday!