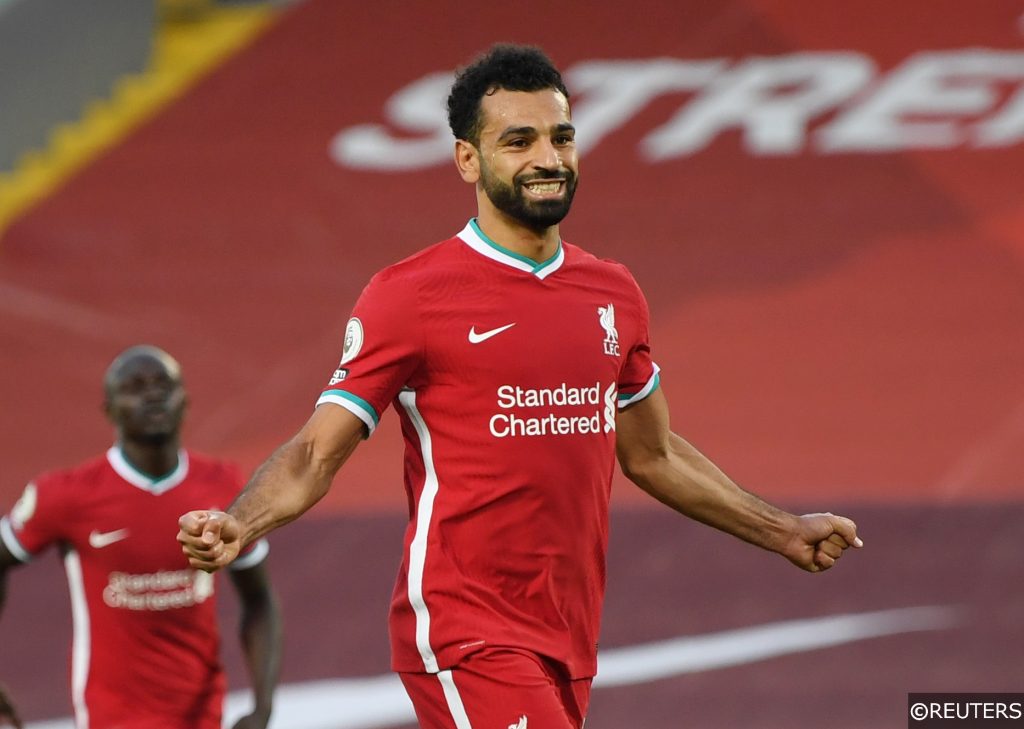 Premier League fans are being made to wait for gameweek three’s marquee match, but an evening trip to Anfield for one of the highest scoring historical fixtures is the perfect way to cure those lingering Monday blues.

Defending Premier League champions Liverpool – fresh from three consecutive wins in all competitions – host a resurgent Arsenal side who look the real deal under Mikel Arteta.

Arsenal opened the 2020/21 domestic season with a penalty shootout victory over Liverpool in the Community Shield and have since matched Liverpool’s perfect record of three wins from three. However, a visit to Anfield will be Arteta’s first real challenge of the Premier League season and maintaining their perfect record could prove difficult.

Ahead of this bumper clash, our experts at FST have put together a tasty looking 45/1 Betfair #OddsOnThat. You can also find the rest of our betting tips and analysis on our Liverpool vs Arsenal predictions.

Liverpool vs Arsenal has been one of the highest scoring fixtures of the calendar in recent years, with 33 goals being scored in the last eight competitive meetings between the pair.

Liverpool have scored 19 of these goals, and their record improves even further at Anfield. They have scored at least three goals in each of their last six home matches against Arsenal and they have netted three or more goals in 10 Premier League home games since the start of last season, including five of their last eight.

It doesn’t end there, though: since Jurgen Klopp’s first Premier League game in charge only Manchester City (35 v Watford and 30 v Bournemouth) have scored more goals against a side than his Liverpool team against Arsenal (27). 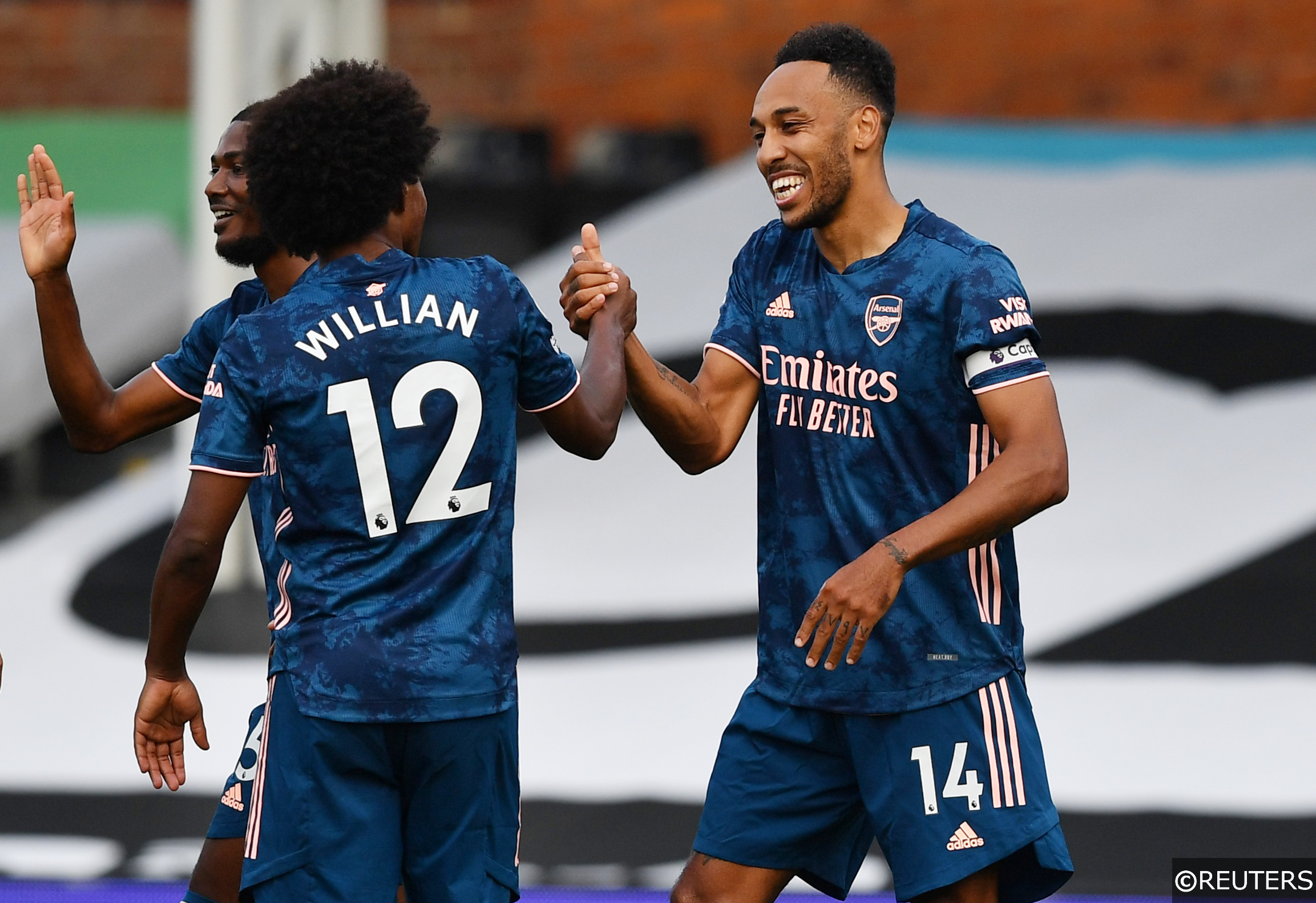 Mohamed Salah – fresh after his midweek rest – made a fantastic start to the 2020/21 Premier League season as he bagged a hat-trick at home to Leeds. He failed to find the net against Chelsea, but his record against Arsenal points to him returning to the scoresheet on Monday.

The Egypt international has scored five goals in six Premier League meetings with Arsenal since moving to Liverpool, with four of those goals coming in the three meetings at Anfield.

We’re not expecting Liverpool to have it all their own way though, and the main man on the other side of the coin is undoubtedly Pierre-Emerick Aubameyang.

Arsenal’s star attacker opened the 2020/21 campaign with a goal against Liverpool in the Community Shield and has scored eight times in his last seven competitive appearances for the Gunners. Add in the fact that Liverpool shipped three goals in their only home game of the season against Leeds and Aubamayeng should get plenty of opportunity to test Alisson.

Granit Xhaka to be carded

Arsenal fans spent years praying for a combative, no-nonsense midfielder to be added to their ranks, and they finally got their wish when Granit Xhaka arrived from Borussia Monchengladbach in 2016.

However, his aggressive approach does come with its downsides, and the 28-year-old has been no stranger to controversy since he arrived at the Emirates.

He has picked up 35 Premier League bookings in his four years at the club and has hit double figures for yellow cards in each of his last three seasons. Last year he committed some 56 fouls in an Arsenal shirt and was cautioned 10 times, and against Liverpool he has been booked five times in nine appearances. 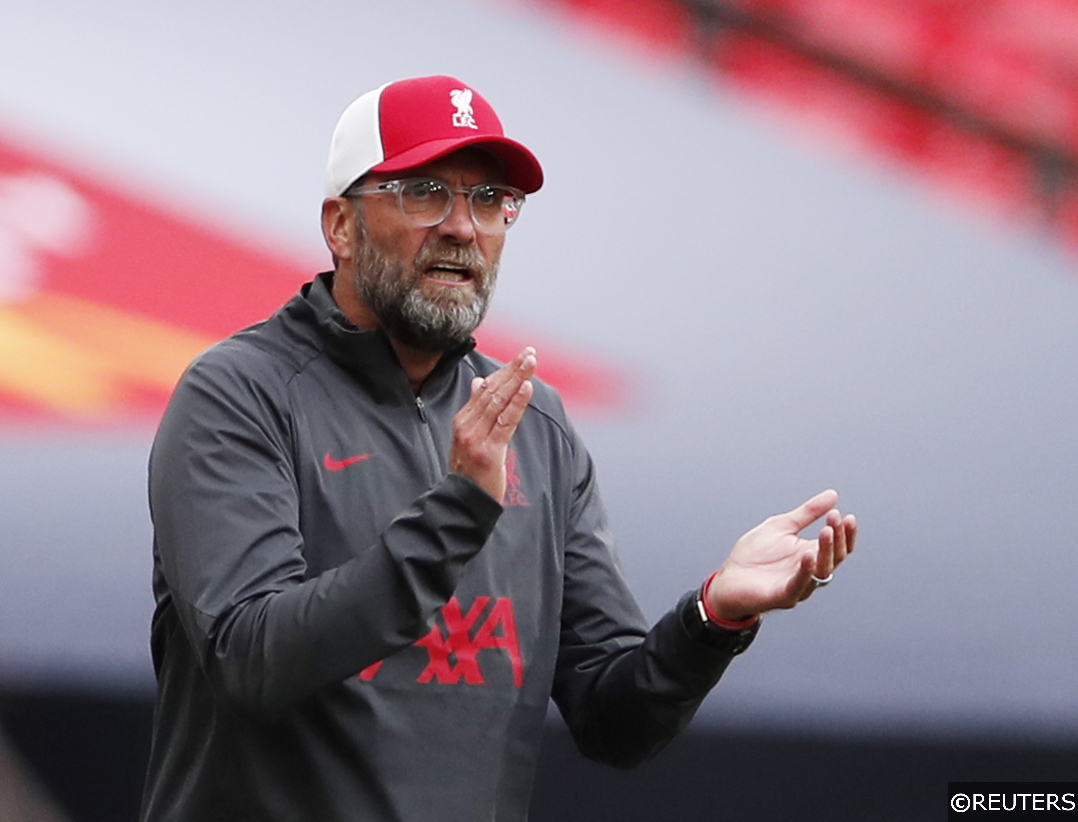 Only Manchester City (232) and Chelsea (198) won more corner kicks than Liverpool’s tally of 191 in the Premier League last season and they have continued in that vein this term, winning a massive 20 corners in their two fixtures so far.

Jurgen Klopp’s men averaged 7.53 corners per game at Anfield last term and won nine at home to Leeds in the opening weekend. The Gunners, meanwhile, conceded an average of 6.04 corners per game last season and that rose to 6.54 per game when away from home.