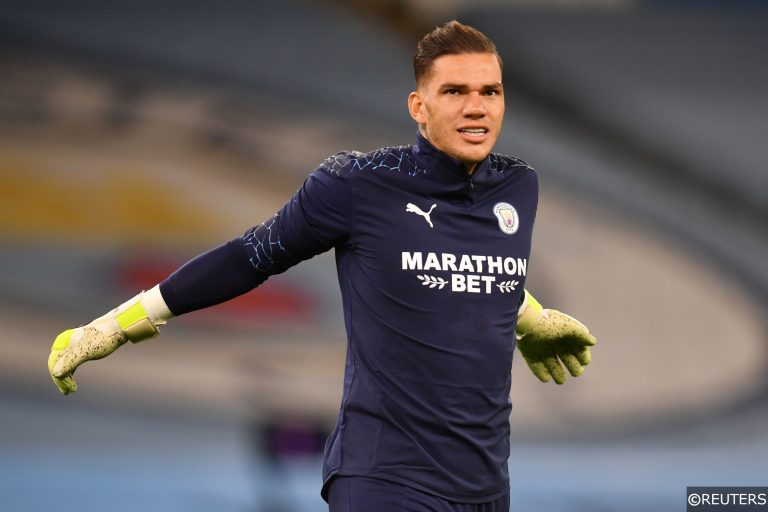 The Premier League returns from the first international break of the season in a big way, with both the North London and Manchester derbies taking place this weekend. We have you covered for Saturday’s clash at the Emirates, with a 44/1 Ultimate Bet Builder for Arsenal vs Tottenham.

However, we’re also looking ahead to the clash at the Etihad. A month ago this would have been seen as a one-sided affair, but United are five points shy of City having played a game fewer. Can their momentum help them to trouble the champions?

Can the United defence handle Haaland?

There’s little getting around it, the biggest clash on the pitch this weekend is between Erling Haaland and the entire United defence. It’s hard to imagine any one of them – especially Harry Maguire – being handed that task on their own. It seems like Erik ten Hag with start with Raphael Varane and Lisandro Martinez at centre-half, who will certainly have their hands full.

However, United have won five from five in which those two have started, losing their other three games this term. Granted, that run has included Sheriff, Leicester and Southampton, but the Red Devils have also beaten Liverpool and Arsenal in that run.

On the other hand, Haaland is unlike any test those two United defenders have faced. He’s scored 14 goals in nine games for City, finding the net in six of his first seven games. Back him to add to that blistering start.

When you look at the expected lineups for this weekend, there’s a clear gulf between the two sets of midfielders. United failed to improve that area in the summer significantly and that’s clear going into Sunday, when Bruno Fernandes, Christian Eriksen and Scott McTominay are expected to start.

They are set to face Kevin De Bruyne, Rodri and Ilkay Gundogan. While there’s little denying that the United midfield has talent, the balance of it is questionable. Can we expect Fernandes and Eriksen to be disciplined enough to keep tabs on the opposition’s midfield runners? With Bernardo Silva and Phil Foden capable of starting higher and dropping back to make a midfield four or five, United could find themselves out-thought, out-matched and out-numbered.

Back De Bruyne to be the one to take advantage, given that he ranks first in the Premier League this season for assists (6), expected assists (3.1) and chances created (25). The Belgian midfielder has been directly involved in 30 goals in his last 30 starts in the league, scoring 16 and assisting 14.

It’s not just United’s midfield which is an issue. With Cristiano Ronaldo expected to feature as the central striker – flanked by Jadon Sancho and Anthony – will City’s defence come under much pressure? The Citizens aren’t a side you can gift possession to, but that front trio could give them too much time on the ball.

Plenty of City defenders have thrived with the ball at their feet this term, but Kyle Walker is a standout. He’s averaged 91.5 passes per game this season, with a 91% completion rate. He hasn’t been too involved in the final third this term, but he drifts into the middle, picks up the ball in space and keeps it ticking over for the champions. Back him to put in another solid display.

United’s midfield set up feeds into the next point, as they’ve got the second-worst disciplinary record in the division. The Red Devils have already been cautioned 20 times this season, while McTominay is the most foul-happy Premier League player, averaging 2.5 per game.

The Scot has picked up six yellows in his last 10 games – even managing to pick one up in a pre-season friendly. With four bookings in six Premier League games this term, he’s likely to end up in the referee’s notebook in his biggest test of the season.

City, meanwhile, have seen the fewest cards this season with just five shown to them so far. Their mix of possession and pressing helps them keep the card count down, while it will pose a unique test for the Red Devils this weekend too.

Tips: United over 2.5 total cards & McTominay to be carded

United’s worst display of the season came against Brentford, when David de Gea’s short passes consistently put the United defence under pressure. Instead of reversing that approach, ten Hag has doubled down on it. De Gea played more passes in their last Premier League game than at Brentford, with only one of his 27 passes progressing further than the 18-yard box.

City will give them no peace in this clash, expect them to push up and cause problems for the Red Devils. With questions already over the defensive ability within the United midfield, they could be in a tough position if City apply pressure to their defence.

The hosts have scored 10 first-half goals this season and United have conceded 75% of their goals against this term in the opening 45 minutes. City should put them under pressure from the off, so back the hosts to claim a first-half lead.

Tip: City to win the first half