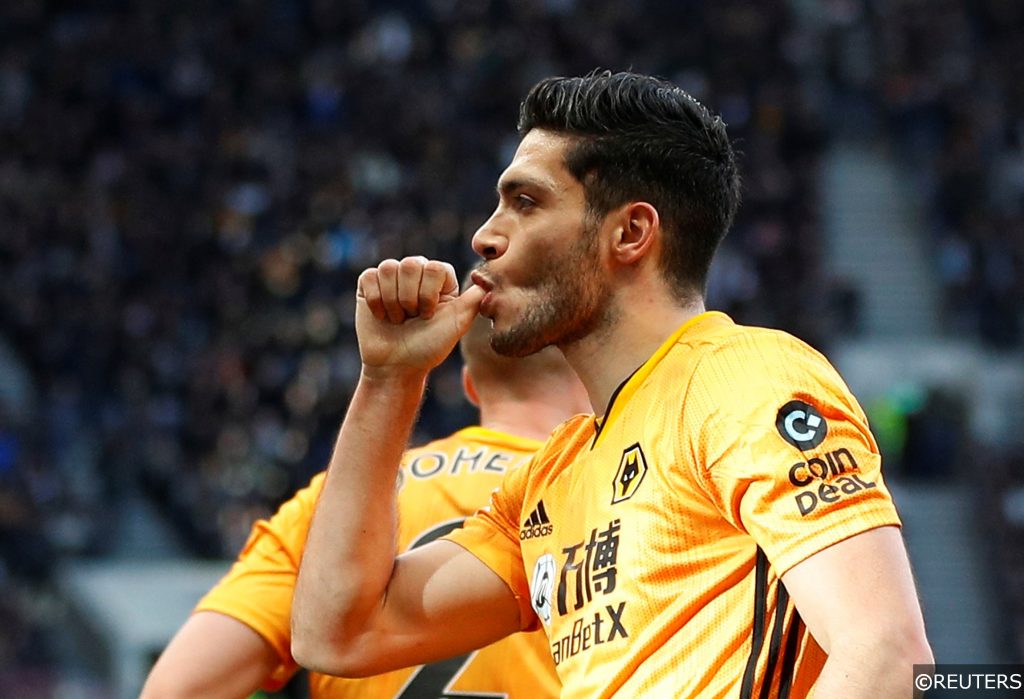 Pep Guardiola’s star-studded Manchester City team finally get their 2020/21 Premier League campaign underway this evening at Wolves – a full 10 days after the new campaign kicked off earlier this month.

The title-chasing Citizens, who relinquished their crown to Liverpool with a whimper last term, haven’t played a competitive fixture since their unexpected Champions League exit at the hands of Lyon last month, however with their Merseyside rivals already sitting pretty with two wins from two, City will know they can’t afford a slow start.

Wanderers, who did the double over the Manchester giants last season, are a hugely dangerous prospect for a City team that could be a little ring rusty however, and if the Citizens show any early lethargy, Wolves have enough bite to capitalise.

Ahead of the action at Molineux, we’ve taken a look at some of the key battles that could decide the outcome of the game, as well as some of the star performers hoping to shine in this Premier League cracker.

For a more thorough analysis of the game, check out our Wolverhampton vs Manchester City predictions here.

New City signing Nathan Aké could be set for a baptism of fire on his Citizens’ debut at Molineux this evening, when the Dutchman comes up against a centre-forward he has struggled to contain in the past.

With Aké in the Cherries team, Raul Jimenez found the net in each of his last four appearances against Bournemouth for Wanderers, and the Mexican centre-forward has the skill-set to give his opponent the run-around again.

The talismanic 29-year-old, who notched against City in the corresponding fixture last season, is already off the mark for the new campaign following his superb hit at Sheffield United last week, and Jimenez looks a prime candidate to make his mark again.

Despite eventually finishing on the losing side, Sterling scored twice for the Citizens on his last visit to Molineux, and the 25-year-old might have had a hattrick had another effort not rebounded off the woodwork.

Incredibly, Sterling accounted for five of City’s seven shots against Wolves in that game, and keen to get his campaign off to a scoring start this week, the England international is worth backing to rack up the attempts again.

Newly capped Three Lions star and Wolves skipper Conor Coady will anchor the Wanderers rearguard again this evening, where the 27-year-old will face a stern test of his defensive credentials against the quicksilver Gabriel Jesus.

Coady, who made three tackles in his first appearances of the new season at Sheffield United last week, will need to put his best foot forward again on Monday to keep City’s nimble Brazilian under wraps at Molineux.

Jesus scored a goal every 144 minutes in the Premier League last season, and the combination of silky skill and explosive pace the 23-year-old wields should ensure that Coady has plenty of work to get through again.

In a battle of the cultured playmakers, Joao Moutinho will pit his creative wits against last season’s most potent chance provider Kevin de Bruyne in a fascinating meeting of minds and technique at Molineux this evening.

Wily veteran Mourinho, who rarely puts a foot or pass wrong in Wanderers’ midfield, finished the 2019/20 Premier League campaign with six assists – a haul dwarfed by his opponent clad in sky blue.

Incredibly, de Bruyne finished 2019/20 with a whopping 20 assists – a total that saw the Belgian earn a share of the all-time record for most assists in a single Premier League season alongside Thierry Henry (2002/03).

With de Bruyne’s wand of a right foot ready to weave its defence-splitting magic again, the 29-year-old is worth backing to pick up where he left off.

Manchester City’s defenders would have been waking up in a cold sweat at thought of facing Wolves winger Adama Traore this week. The unpredictable, exciting Wanderers attacker proved a nightmare opponent for the Citizens’ rearguard last term, and City were torn asunder in both Premier League meetings with Wolves last season by the 24-year-old.

Traore scored three goals and created another during 180 minutes of devastating forward play against City in Wolves’ brace of victories against Pep Guardiola’s side in 2019/20, and the ex-Barcelona starlet will hope for a repeat performance on Monday.

Benjamin Mendy endured a torrid time against Traore on his last visit to Molineux, and if the Citizens fullback is chosen to start this evening, we expect 26-year-old’s struggles against his former tormenter to continue.

League One predictions and best bets for Tuesday (with 24/1 acca!)
Football