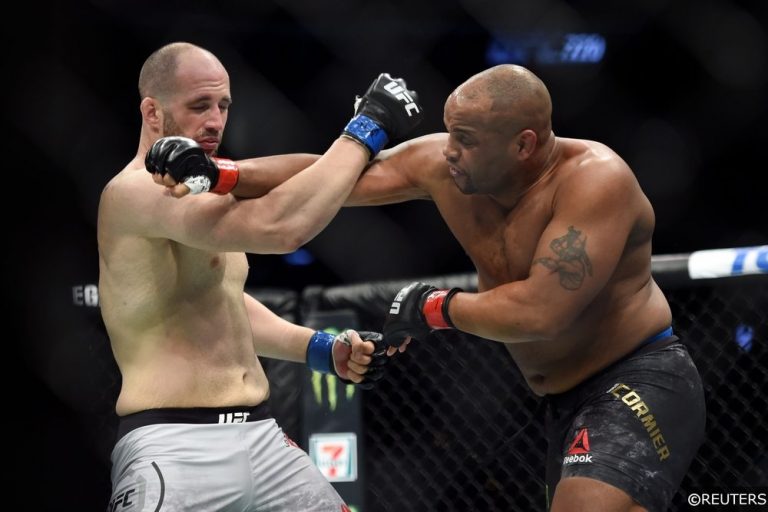 We are having a great start to November at FST after landing a 15/1 Win Accumulator & a 9/1 BTTS Accumulator on the football; we’ve now landed an 8/1 UFC Accumulator to make it three winners in three days!

Here’s how the winner went down on fight night!

The action got underway at midnight with our one selection featured on the prelims getting the acca off to a winning start; UFC women’s flyweight’s Sijara Eubanks & Roxanne Modafferi faced off in a rematch for The Ultimate Fighter where Eubanks earned a decision victory. Eubanks was able to deliver a brilliant performance again out striking her opponent managing 75% of her take downs in order to earn a unanimous decision victory and get the accumulator off to a winning start.

Our eyes were firmly on the main card now with an Adesanya win needed against Brunson to keep the momentum going and with all eyes on the fighter from New Zealand he did not fail to deliver as he dominated his opponent on the feet knocking him down three times before the referee intervened and stopped the fight. Seeing Adesanya continue his unbeaten run whilst also maintaining the accumulator. We moved on to the next middleweight fight featured in our predictions and much like the first fight we needed a finish as David Branch faced the replacement to his original opponent, Jared Cannonier. Branch came into this a heavy favourite and was predicted to impose his wrestling to grind out a victory over his short term replacement for Jacare but that wasn’t to be as in the second round Cannonier produced one of the upsets of the night by finishing David Branch and handing him another defeat within the UFC.

With the first three of our predictions winning our attention now diverted to the co-main event and the main event, the two biggest fights on the card. As the co-main event entered the third round our confidence had lowered, Weidman had managed to control Jacare completing one takedown and controlling the fight on the feet. We knew that Weidman would be up on the judges scorecards especially with the fights occurring at MSG and with that we hoped for a big third round from the Brazilian. He came out the aggressor looking for the finish and as the fighters exchanged a flurry a huge right hand landed that knocked Weidman to the canvas and out cold with no further strikes needed to end this fight. Jacare had managed to comeback and win the fight with our attention now on the main event where the biggest favourite of the night tried to defend his UFC Heavyweight Championship.

The champion Daniel Cormier came into this bout knowing the threat that Derrick Lewis imposed, he had the ability to end fights with one punch and he’d displayed that all his fighting career. Cormier knew that his best success was on the ground, where he could impose his wrestling and earn one of his submission victories and that’s the gameplan he employed. In the first round Cormier made his desire not to strike with Lewis evident by earning two takedowns and only allowing his opponent to land four strikes, a similar strategy played out in the second round however this time Lewis was only able to land one strike with Cormier taking him down twice before eventually getting his back and taking the neck to earn his first defence of the UFC Heavyweight Championship and securing our accumulator!

Remember to follow our UFC Predictions page of the website so you don’t miss out on any future winners! They go live every Monday prior to a pay per view event.