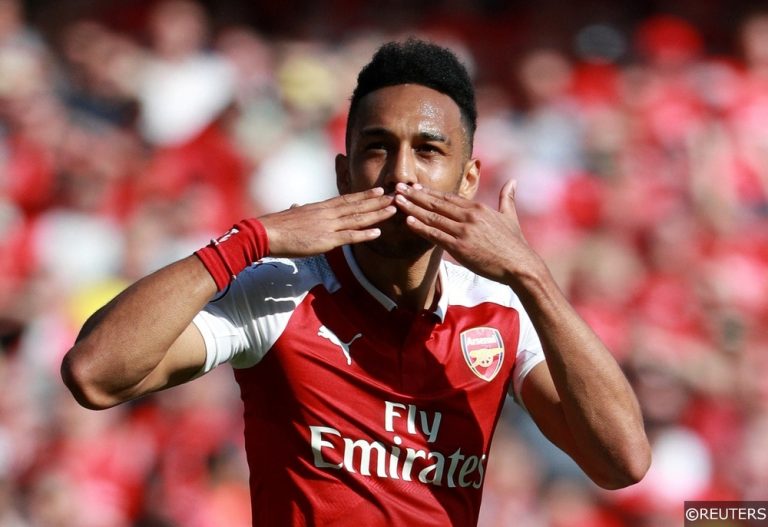 NOTE: This bet builder as 82/1 prior to the announcement that Aubameyang will be missing through illness.

The new Premier League season gets underway this weekend and newly-promoted Brentford come up against Arsenal in Friday night’s curtain raiser.

The Bees should be buzzing after securing promotion last season, while the Gunners will be hoping to hit the ground running as they look to improve on last year’s disappointing eighth placed finish and we’ve put together a mammoth 82/1 bet builder ahead of the action.

Brentford are the big underdogs in the match betting market but we feel the Bees can give a good account of themselves and both teams to score looks like a good place to start this bet builder.

We’re expecting goals, and Brentford’s Ivan Toney may just get one on his Premier League debut.

Toney handled the step-up to the Championship with ease last season after joining from Peterborough as he grabbed an impressive 31 goals in 45 games in the second tier.  Toney is also the Bees’ penalty taker, netting 13 times from the spot last term in all competitions, and we feel he looks a standout candidate for an anytime effort on Friday.

Sergi Canos to have 1+ shots on target

Brentford midfielder Sergi Canos averaged 2.1 shots-per-game last season with 0.63 on target per-game.  The 24-year-old Spaniard is comfortable trying his luck from outside the box, and if he does get a good sight on Friday expect him to have a go.

Granit Xhaka constantly tops the cards list for Arsenal and it was no different last season as the temperamental midfielder found his way into the referee’s book ten times in the Premier League.

He followed that up with two bookings in Euro 2020 for Switzerland and will no doubt find himself getting a stern talking to by the referee on multiple occasions this season.

We’ve resisted the urge to be too ambitious in the corners market but over 8.5 in the match looks a solid selection.  Brentford had a modest 13 in total in their final three home games last season but Arsenal averaged 6.25 per-game over their final four games last term so we’ll stay on the safe side here and back over 8.5 corners rather than be too ambitious in this particular market.