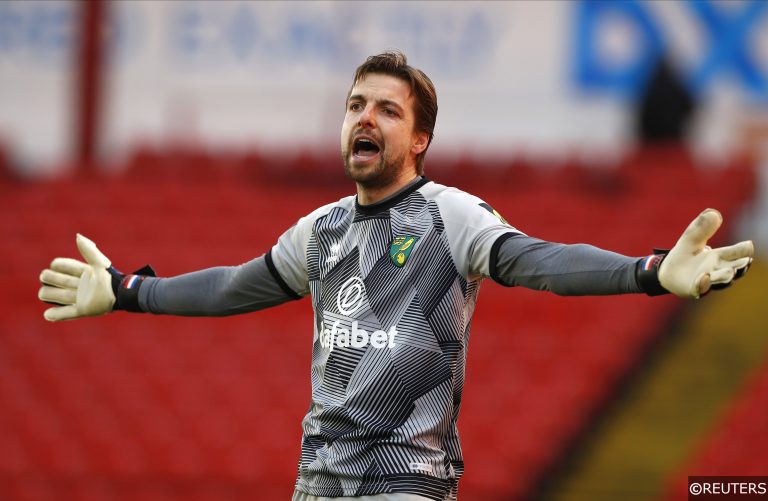 Following on from our Premier League outright winner & top 4 predictions, today we take a look at the less glamorous but no less entertaining end of the top-flight table.

Norwich, Watford and Brentford are the three newly promoted teams and they are among the favourites to face the drop come May, but the likes of Crystal Palace, Burnley, Newcastle and Southampton aren’t far behind them in the betting and it wouldn’t be a surprise to see at least one of the three promoted teams enjoy a second term in the big time.

Norwich may have romped to the Championship title last season with an impressive 97-point haul but the Canaries’ success has come at a high price. They have lost their best player in Emi Buendia and rumours are swirling around regarding the future of Todd Cantwell.

Cantwell and Buendia are two of the very few players at Norwich who can be considered Premier League quality and unless they strengthen significantly over the next few weeks they look justified favourites for a return to the Championship.

Their yoyo club status doesn’t help, either. Each of their last three stints in the Premier League has ended after a single season and they managed just 21 points in their most recent top-flight term in 2019/20.

Crystal Palace to be relegated at 7/4

It’s all change at Selhurst Park but I fear it could be too much of an upheaval for a club that have only picked up more than 45 points in one of their last six seasons.

Love him or hate him, Roy Hodgson has done wonders with this ageing Eagles squad over the years but the former England boss has left the club and Patrick Vieira is something of an unknown quantity. His highest profile appointment prior to Palace saw him sacked after just over two years in charge of Nice after a modestly successful spell in charge of New York City.

Elsewhere, the Eagles have finally made moves to remedy the long time problem of an ageing squad. This is a necessary move but it’s also one that should have been started years ago and slowly built towards, rather than their actual solution of shipping out as many old players as possible.

The signings of Marc Guehi, Joachim Andersen and Michael Olise are likely to prove beneficial in the long term but it all feels a little rushed and it’s asking a lot of Vieira to completely rebuild the squad in his first summer in charge.

Southampton to be relegated at 10/3

Up until recently I would have said that Southampton had enough to stave off relegation, despite a disappointing 15th-place finish last season and Ralph Hasenhuttl twice being on the end of record defeats in the Premier League.

That all changed earlier this week, though, as the sale of Danny Ings to Aston Villa came out of nowhere to throw the Saints’ campaign into jeopardy. The 29-year-old striker has scored 34 goals in 67 league appearances since he made his loan move permanent in 2019, which accounts for just under 35% of Southampton’s total goals in this period.

Che Adams is improving but it’s unlikely he can match that level of output and they have made no move to replace the departed Ings as of yet. They could be in trouble come May.

What about the other newcomers?

It might come as a surprise that Norwich are the only newly promoted team we’re tipping for an instant return to the second-tier.

Watford look fairly settled and have made a few shrewd signings in Danny Rose, Joshua King and Imran Louza. None of these are standout names but all have plenty of top-flight experience and will be real assets in a relegation battle.

Brentford are a bit of a wildcard at this level. The signing of Kristoffer Ajer could be absolutely key to them and promotion to the Premier League is something they have been building towards for years. Thomas Frank utilises an intense press and attack-minded style of play and this is where the season will be won or lost.

Will it be a Leeds-esque success or will the experienced heads of the Premier League send them packing? Only time will tell, but odds of 11/10 are surely too short.