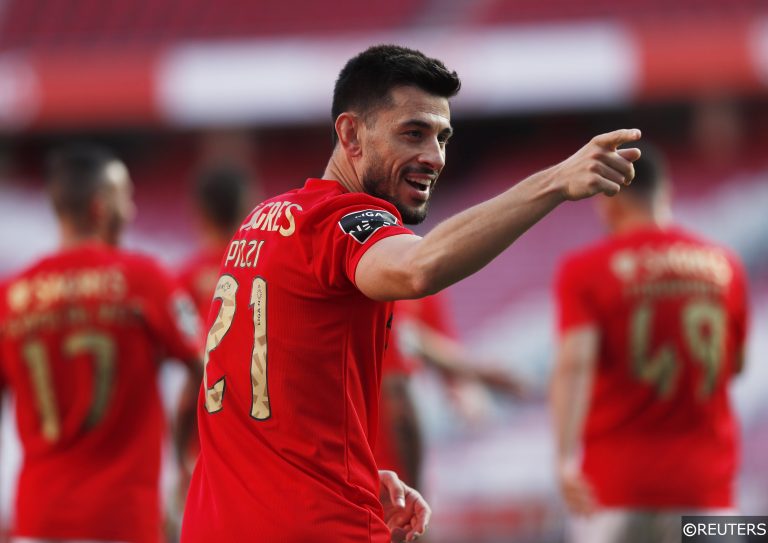 Benfica vs PSV is undoubtedly the standout clash but with action in Switzerland Sweden there is plenty to sink your teeth into and, if you’re looking for something to back tonight, you can always check out Tuesday’s Champions League predictions here.

It’s taken a while for Young Boys to get going this season but a 3-1 win over CFR Cluj last week and a 4-1 win in the Swiss Cup at the weekend has sparked them into life ahead of this playoff tie.

The hosts are heavy favourites after winning both their Champions League home games this season and scoring three goals in each of them. Ferencvaros upset the odds to qualify against Slavia Prague but they lost the away leg in that tie and with two defeats in their last four competitive games I fancy the favourites to get off to a good start. A three goal haul certainly isn’t out of the question, either, although Young Boys did concede in both of those victories.

Malmo’s Swedish Allsvenskan title challenge took a blow at the weekend as they lost a five-goal thriller at home to Goteborg but they will still be in high spirits after their 4-2 aggregate win over Rangers in Champions League qualification. Now they’re just one step away from making it to the group stages for the first time since 2015/16 and I think they can get a crucial first leg win here.

Both teams scored in both legs of their Olympiakos tie and I expect the same to happen again and with Malmo winning three of their last four in this competition by a 2-1 scoreline a narrow victory for the hosts is also a good shout.

Unquestionably the most appealing of the three Champions League ties on Wednesday, Benfica and PSV are both targeting a return to the lucrative Champions League group stages after a couple of years out of the competition. Both sides are in excellent attacking form heading into this first leg and I predict an entertaining spectacle.

Benfica have won all four competitive games this season and have scored twice in every one of them, but they face a PSV side with the bit between their teeth on Tuesday. The Dutch visitors have won all six of their matches this term, including a 7-2 aggregate thrashing of Galatasaray and a shock 4-0 Dutch Super Cup win over Ajax. They have netted 17 goals across these six games and a high scoring draw is my preference.