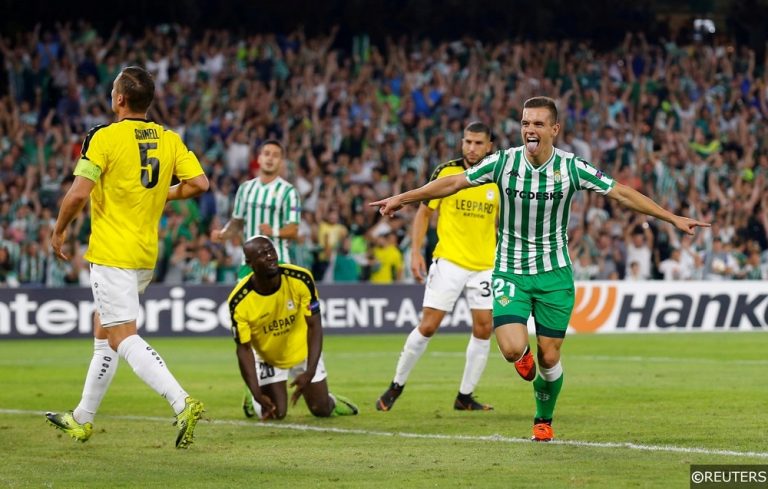 The final round of group matches in this season’s Europa League are set to be played this week, and with 19 of next year’s 32 knockout round places still unfilled, the potential for goalmouth action is extremely high.

Across the continent, the competition’s expert goal-getters and poachers will be hoping to make the difference in their teams’ pursuit of qualification.

With that in mind, let’s take a closer look at a few of the players worth keeping an eye on in the anytime goalscorer markets across the 24 UEL fixtures scheduled for Thursday evening.

Check out all of our expert Europa League match previews, predictions and betting tips for Thursday’s crucial fixtures here. 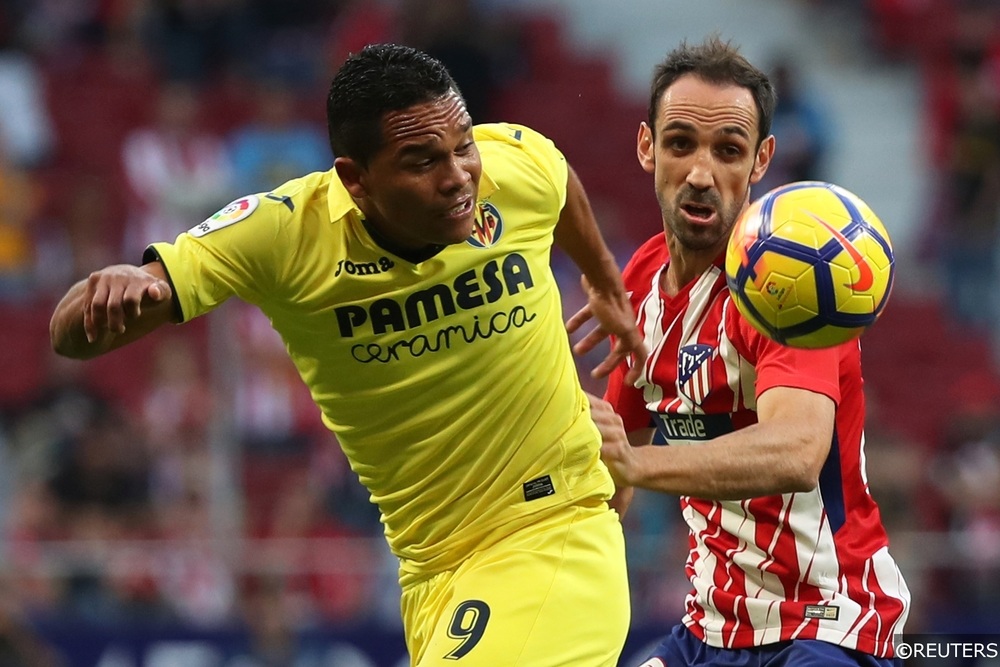 It’s been a really good week for Villarreal’s Colombian striker Carlos Bacca. The 32-year old had been in the midst of a frustratingly long dry spell, and went 9 games without scoring before netting 4 times in 2 games in the space of 3 days against Almeria and Celta Vigo respectively.

Bacca’s double-double should ensure that he plays with renewed confidence and energy for the Yellow Submarine in their final Group G clash with Spartak Moscow on Thursday.

As we explained in our Europa League Group Stage permutations guide, the Spaniards need only a draw to qualify for the knockout phase. They can top the group with a win however, and we think in-form Carlos Bacca can help them reach the summit.

Bacca is available at a fantastic price of 13/10 with bet365 to score anytime.

Statistically speaking, hulking Dutch striker Bas Dost is one of Europe’s most lethal finishers at the moment. The 29-year old has hit the net an astonishing 8 times in his last 5 appearances for Sporting as he revels in the mother of all hot streaks.

Dost is expected to spearhead the Sporting attack again Thursday, in the club’s final Group E match against Vorskla at the Estádio José Alvalade. With qualification already secured, the Lions can enjoy the fruits of their labour and play with a degree of freedom.

At odds of 4/6 to score anytime with bet365, Bas Dost looks a great bet to extend his sensational recent goalscoring sequence.

Hatem Ben Arfa is a player who regularly mixes talismanic highs with erratic lows, though the naturally gifted winger definitely has a sense of occasion.

With 3 goals in his last 4 appearances, the 31-year old has been in a productive mood for Rennes of late.  Ben Arfa has registered just 4 Ligue 1 goals in total this term, though 2 of those strikes came in Rennes’ away games at Monaco and Lyon respectively.

Ben Arfa’s appetite for the biggest games will be positively ravenous on Thursday, as Rennes prepare to take on Astana at Roazhon Park. The French side must win to make it out of Group K and into the knockout stage of this season’s Europa League.

Ben Arfa is priced at 5/2 with bet365 to score anytime against Astana and his wonderful habit of producing when his team needs him most makes him a great bet at those odds.

Whisper it quietly, but Dynamo Kiev’s Viktor Tsygankov could be the biggest talent to emerge from the Ukraine in a generation.

The versatile 21-year old, who can be deployed in virtually any attacking position, has been in breath-taking form for Dynamo this season, and the Israeli-born Ukrainian international has saved some of his best work for the Europa League.

Tsygankov has racked up 2 goals and 3 assists in just 4 appearances in the competition, and 1 of those goals was registered in Dynamo’s earlier group meeting with Jablonec.

The explosive forward comes into Thursday’s return game against the Czech outfit, fresh from scoring a hattrick for Dynamo in their 4-0 Ukrainian Premier League win at Karpaty at the weekend. You can get odds of 5/2 with bet365 for Tsygankov to score anytime again this week.

Real Betis will be confident of securing the win they need to win Group F ahead of AC Milan this week, against a Dudelange side that has lost 100% of their UEL games this season.

The Luxembourgian side have shipped a total of 16 goals so far in the Europa League, 3 of which were conceded in Spain against Real Betis on October 4th.

One of the goalscorers that evening, Giovani Lo Celso, will be at the front of the queue on Thursday to add to his impressive tally for the season.

The Argentinean has scored 6 times from midfield for Betis this season as he begins to rebuild his reputation after his career stalled a little at his previous club, PSG.

Lo Celso has shown an affinity for the Europa League in 2018/19 – the 22-year old has scored 3 times in 4 starts for Real Betis on the continent.

With think Lo Celso is priced brilliantly at 11/4 with bet365 to score anytime in Luxembourg on Thursday.

Remember –  With bet365 your stake will be refunded if the player selected in the anytime goalscorer bet doesn’t play.

An accumulator of Carlos Bacca, Bas Dost, Hatem Ben Arfa, Viktor Tsygankov and Giovani Lo Celso all to score anytime in their respective Europa League fixtures on Thursday pays out at a whopping 175/1 with bet365!