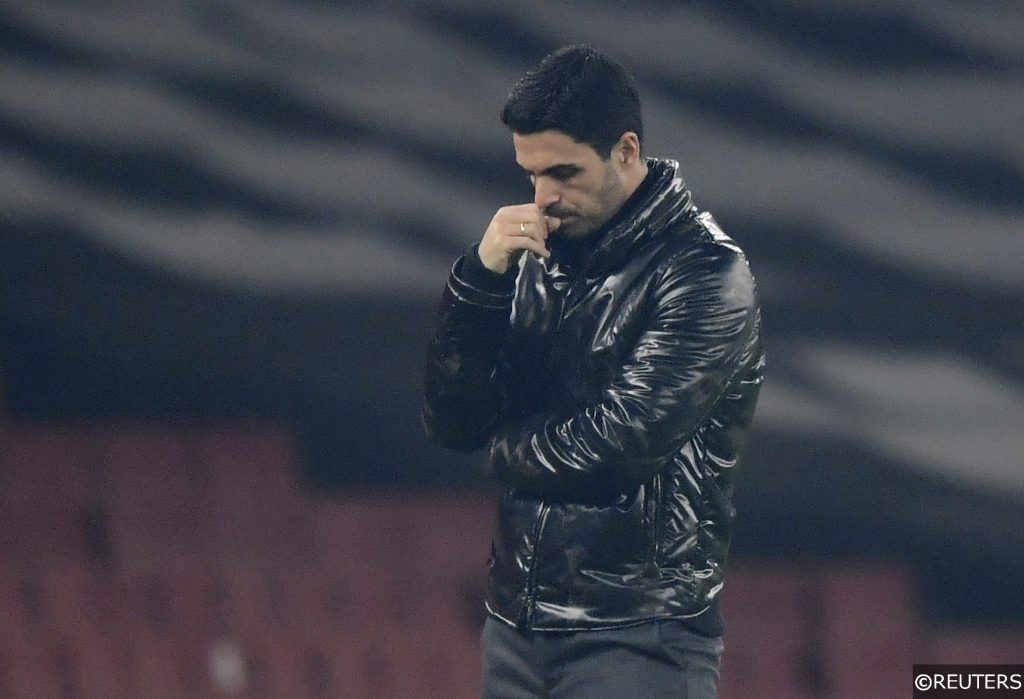 Crisis club Arsenal host Chelsea at the Emirates Stadium on Boxing Day, in a London derby where far more than three points and local bragging rights are on offer.

Under fire Gunners boss Mikel Arteta was schooled by his former master and mentor Pep Guardiola on another harrowing evening for Arsenal on Tuesday, where the stoic Spaniard wore the look of a student that has taken on too much, too soon.

Thing can change quickly in football however, and in a tightly compacted division, even a smattering of positive results can clear the gloom and a swift change in fortunes for Arsenal and Arteta would see them rocket up the Premier League table.

That turnaround has to start on Saturday if Arteta is to save his skin however, though Frank Lampard’s top four hopefuls and title outsiders Chelsea won’t be crossing the capital in a charitable mood as they prepare to deliver a knock-out blow on Boxing Day.

Make sure to check out our Arsenal vs Chelsea predictions for betting tips and detailed analysis of the game.

When Mikel Arteta was appointed as Arsenal manager on December 20 last year, the club’s former midfielder set about solidifying the Gunners’ notoriously soft-centre, and a promising start to his tenure was characterised by some noticeable defensive improvements.

In the Premier League, Arsenal’s more robust defensive platform allowed them to finish their Premier League campaign with seven wins from their final 12 games, while their tactical restructure also fired them to a somewhat surprising FA Cup triumph following smash and grab semi and final wins over favourites Man City and Chelsea.

However, while solid foundations were laid, there were also early indicators at the back end of the 2019/20 season that Arsenal’s play further up the pitch was starting to lose much of its sparkle, and their football in the final third was often ponderous and ineffective.

A full year after his initial appointment, Arsenal’s attacking players both individually and collectively have become shadows of their former vibrant selves, and the Gunners have been averaging less than a goal per 90 minutes this season in the Premier League.

With the usually prolific Pierre-Emerick Aubameyang horribly out of sorts and a supporting cast that lacks confidence, energy and enthusiasm, Arsenal’s dearth of forward thrust has made them a powder-puff Premier League outfit that most teams, including their Boxing Day opponents Chelsea, believe they can outscore. 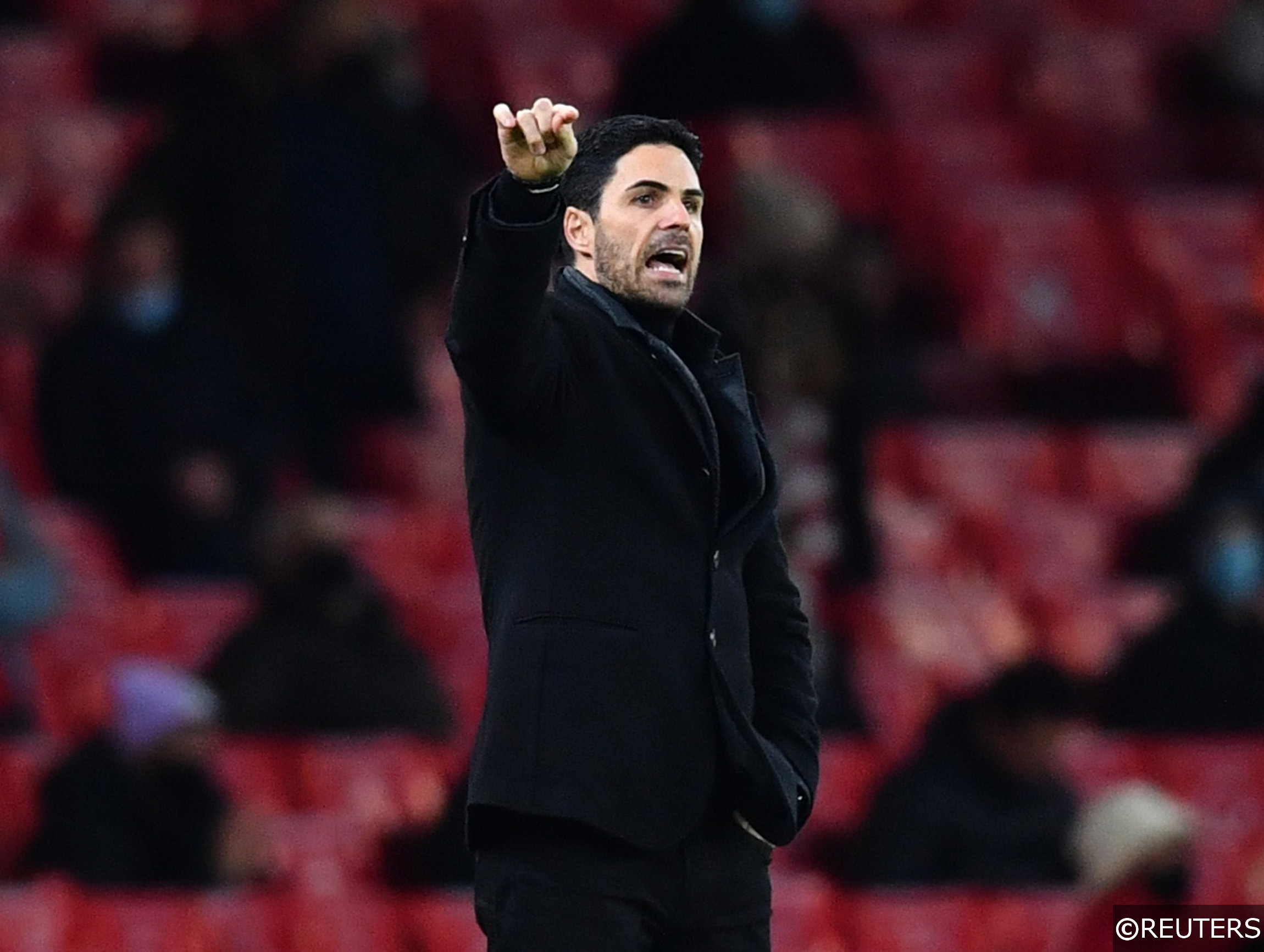 Unsurprisingly, Arsenal’s horrendous return of just one win from their last 10 Premier League fixtures has seen the odds-on Mikel Arteta being the next manager in the division sacked slashed in recent weeks.

As recently as early November, the Spaniard had looks as safe as houses when bookmakers had the ex-midfielder priced as long as 50/1 to lose his job.

However, with every poor performance and defeat, Arteta’s odds tumbled further south, and now the under pressure 38-year-old is 8/11 on to be the Premier League’s next jettisoned manager ahead of Chris Wilder, Steve Bruce and Roy Hodgson.

With Arteta’s future seemingly in the balance, another Premier League defeat to Chelsea on Boxing Day could be the tipping point, and Arsenal could very well be heading into the New Year looking for a new manager.

Chelsea boss Frank Lampard will see Saturday’s fixture as a huge opportunity to improve his underwhelming record as Blues manager in games against the other members of the Premier League’s Big Six.

Since his appointment in the summer of 2019, Lampard has led Chelsea to victory just four times in 13 attempts against the division’s other big hitters – though one of those wins did arrive in the form of a 2-1 triumph for the Blues over Arsenal at the Emirates almost a year ago today.

This season, Chelsea have come up short again against their nearest rivals, and remarkably, the Blues are still searching for their first goal of the new campaign against their chief antagonists.

Lampard watched on as his team were beaten 2-0 at home by Liverpool in the early exchanges of the season, before the Blues dug in for a point in a drab 0-0 draw with Man Utd at Old Trafford in October.

Chelsea were then denied victory by former icon Jose Mourinho in a second 0-0 stalemate at Stamford Bridge when Tottenham traversed London at the end of November.

The Blues and Lampard will be confident that they can secure both their first goals and first win of the season in a showpiece fixture on Saturday in their Boxing Day skirmish with Arsenal however.

Following the enormous summer transfer outlay, progression is the name of the game for Chelsea this season, and while a Premier League title challenge isn’t exactly being demanded, the Blues will need to finish much closer to favourites Liverpool for their campaign to be labelled a success.

After a two-game slump against Everton and Wolves, Chelsea got firmly back on track with a 3-0 win over West Ham on Monday, and another three points against Arsenal would put the Blues back in the driving seat to finish as the best of the rest behind Jurgen Klopp’s rampaging Reds. 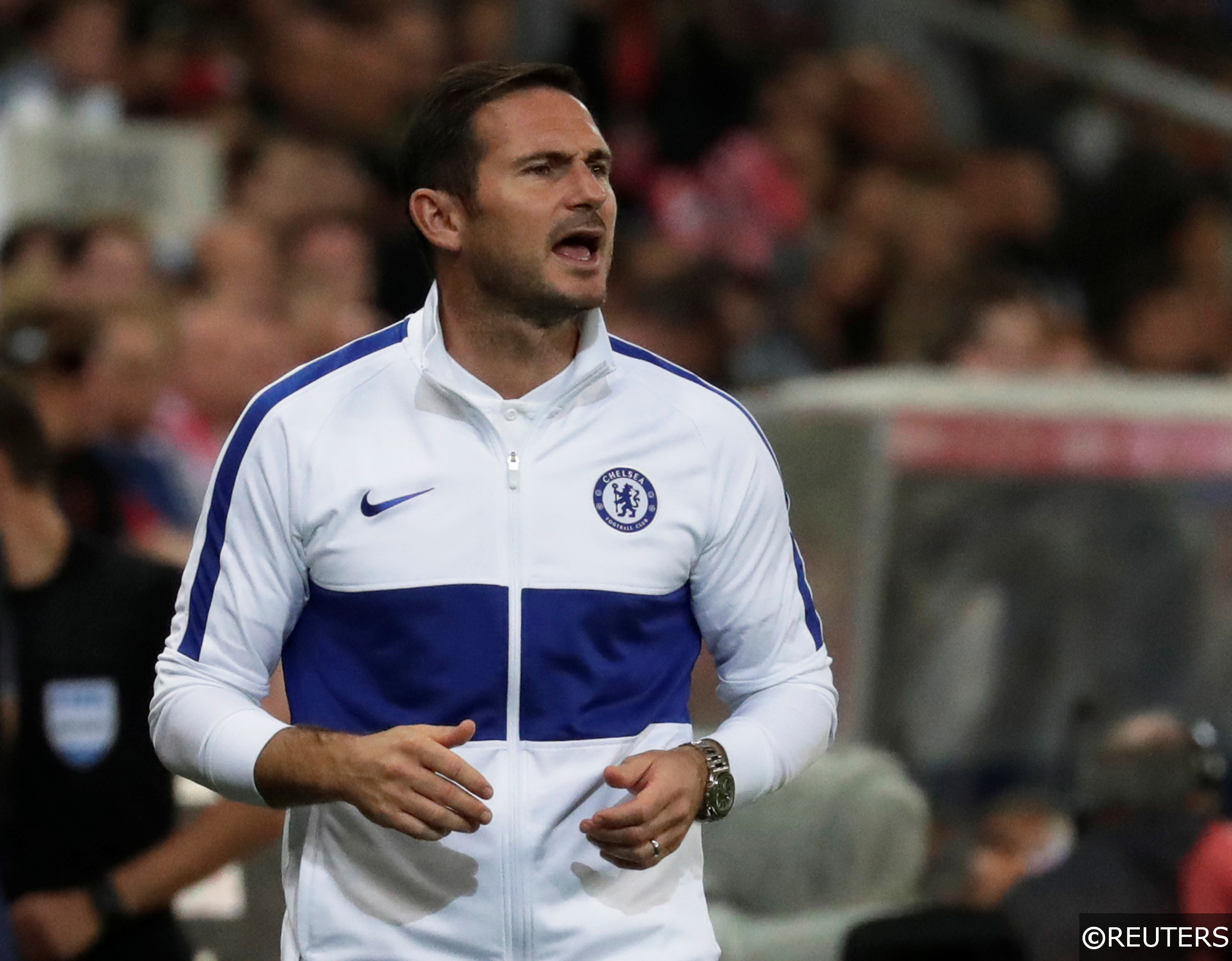 Arsenal’s dreadful sequence of poor Premier League results is certain to have had a major impact on the team’s confidence, and with reasons for positivity thin on the ground at the Emirates, we expect the Gunners to come up short again on Boxing Day.

Mikel Arteta’s side have won only one of their last 10 Premier League fixtures since mid-October, and having been turned over in four of their last five assignments on their own patch, the Gunners look extremely vulnerable hosts ahead of the visit of formidable London rivals Chelsea.

The Blues have lost just three times in 14 top flight tussles this term, and having come unstuck just once in their last seven Premier League meetings with Arsenal, we think Chelsea are worth backing to do the business in their neighbour’s backyard.

Few of Arsenal’s league games this season have been a pretty watch, and the Gunners have been involved in a high number of low scoring encounters since the summer. An average of just 2.14 goals have been plundered per 90 minutes in their Premier League fixtures, and only Burnley have seen fewer goals scored overall in their games this term.

In addition, Arsenal have scored just six times in seven league contests at the Emirates in 2020/21, and we expect the Gunners’ lack of punch in the final third to keep the score down in North London again on Boxing Day.

Chelsea’s two goal hero on Monday evening – Tammy Abraham – looks worth backing in the anytime goalscorer market on Saturday. The England man bagged Chelsea’s winning goal the last time they played and won at the Emirates in December 2019, and fresh from his confidence-building derby brace against West Ham, the 23-year-old should be armed with buckets of self-belief for the trip to Arsenal.

It’s fair to say that Willian hasn’t exactly been a roaring success since swapping Chelsea for Arsenal in the summer, though the attacking midfielder will be desperate to show his old employers what they are missing in Saturday’s London derby.

Willian has yet to break his duck for his new club in the Premier League, though he has been averaging just under 1.0 attempts per appearance. We expect that average to rocket north this weekend however, as the set-piece specialist takes aim against his former teammates.

Mohamed Elneny to be carded

Holding midfielder Mohamed Elneny will likely be a key participant in what promises to be a real central skirmish on Saturday, and the 28-year-old – who has already been cautioned five times in all competitions for Arsenal this season – could tackle his way into the referee’s notebook again at the Emirates Stadium.

Remarkably, Elneny picked up four of his bookings inside his last six run outs for the Gunners, and with his combative edge honed, the Egyptian is our pick to get carded again.