Punter misses out on £40,000 payout as huge correct score double is cashed out 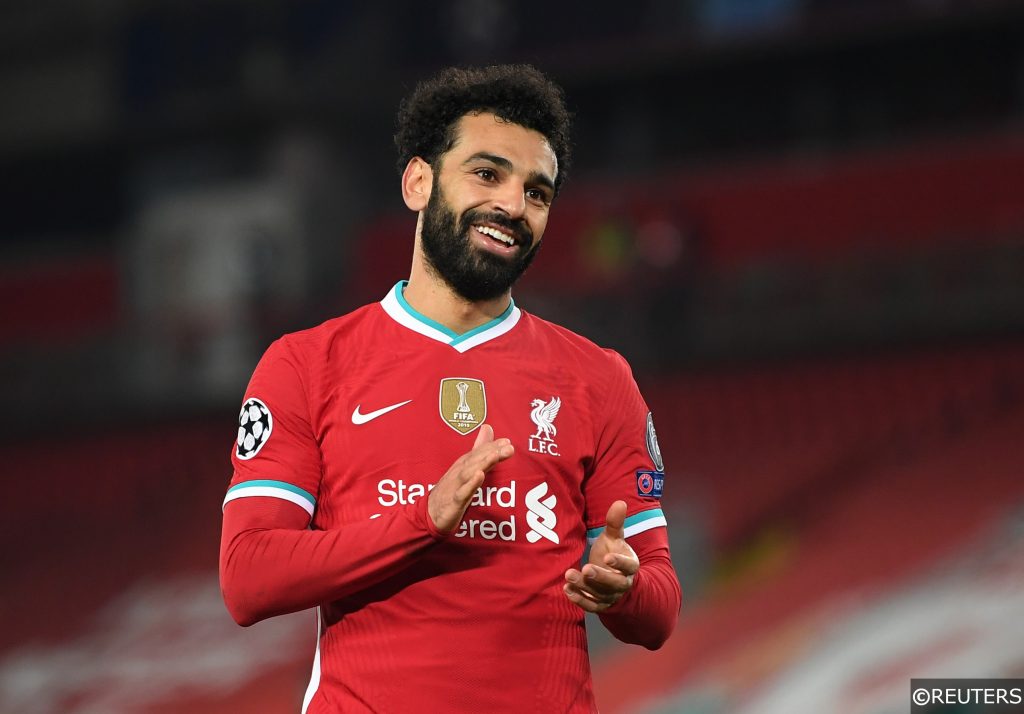 To cash out or not to cash out? It’s a question that every one of us will have pondered with our fingers hovering over the button of a bet that hangs in the balance, and on Sunday, one Premier League punter’s fear of missing out saw him press away a massive £40,000 pay-out.

Remarkably, this correct score forecaster had a £2 flutter on Liverpool and Manchester United’s respective meetings with Crystal Palace and Leeds on Sunday, pinning his hopes on what seemed ludicrously far fetched 7-0 and 6-2 predictions for the contests. 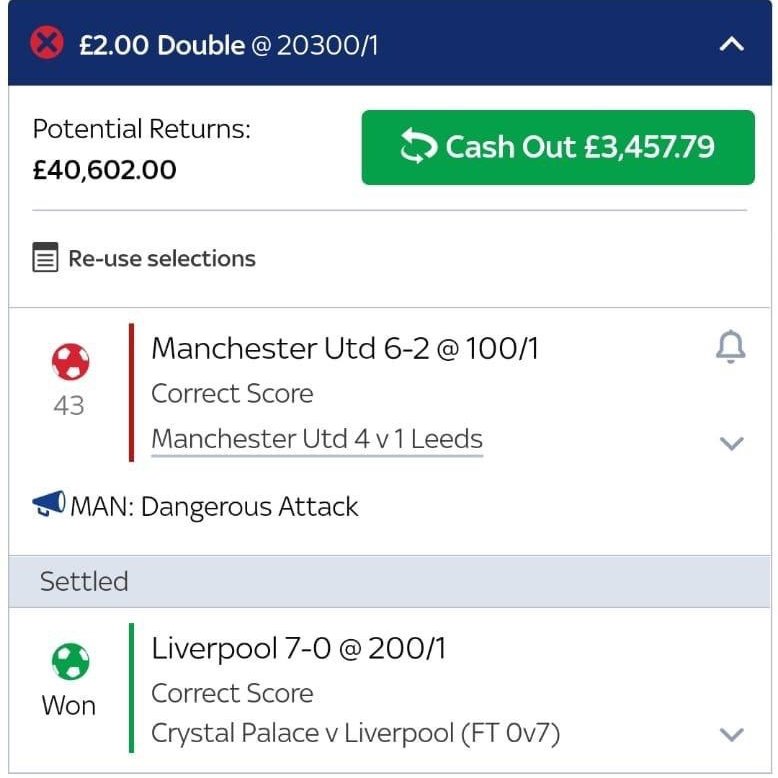 However, following the Reds’ hugely impressive 7-0 demolition job on the Eagles at Selhurst Park, Sunday’s clash between the two United’s suddenly made his 20,300/1 double a little less crazy than it appeared.

We can only imagine what sort of outer-body experience the punter endured when he witnessed Man Utd running a 4-1 lead before the half time lead, and with a cash-out offer rattling north, our protagonist had a huge decision to make.

To his credit, the punter – who must have been sweating bullets – held fire until the 62nd minute before he took the cash out plunge, settling his bet to pocket a huge £2,279.56 in winnings from Sky Bet.

At that moment the score was still locked at 4-1, and after a goalless opening 15 minutes or so in the second period, that cash-out value is certain to have taken a dive.

Just four minutes after the punter took the money and ran however, Daniel James scored the first effort of a nine minute three-goal flurry that pushed the score to 6-2 in the host’s favour, and in a final, cruel twist for our hero, the net didn’t bulge again before full time, despite a glut of chances for both teams.

Nevertheless, a whopping £2,279.56 from a £2 outlay is the stuff of dreams, and our lucky punter looks set for a cracking Christmas thanks to Liverpool and United’s goal-scoring heroics.

Here at FST, we want everyone to be just as happy as that correct score double winner, and we publish a huge range of free football tips, accumulators and predictions every single day to that end.

Just last week we landed our biggest win of the season when our 119/1 mega odds accumulator hit the mark, and you can find our tipsters’ latest work over on our free football tips page. 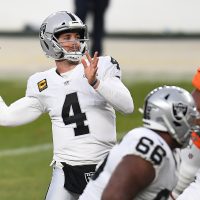