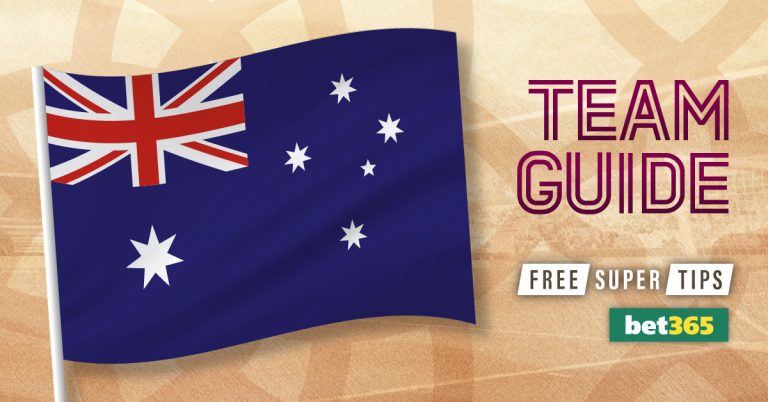 Australia will head to Qatar this winter with a spring in their step, having come desperately close to missing out on a spot at the 2022 World Cup.

Graham Arnold’s side secured their place by the thinnest of margins, beating Peru 6-5 in a penalty shootout in June to qualify.

Both sides had to adjust to the conditions, with Peru and Australia heading to the Al Rayyan Stadium in Qatar. Australian goalkeeper Andrew Redmayne was the hero as he stepped off the bench to save Alex Valero’s spot-kick. Australia’s win means they will be at the World Cup finals for a fifth consecutive occasion, meaning they have appeared at every edition of the event since 2002.

Australia: The story so far

Australia entered the Asian Football Confederation qualifying in the second round, and they had no issues in advancing to the third round after winning all eight of their group matches. Arnold’s side breezed past Kuwait, Jordan, Nepal and Chinese Taipei, but they did not have the same joy during the next stage of qualification.

The Aussies finished third behind Saudi Arabia and Japan, picking up 15 points from their ten qualifiers. They were forced to enter the inter-confederation play-offs, beating the United Arab Emirates.

They eventually found a way past Peru and have since beaten New Zealand twice in September friendlies, but they will hope they can progress in Qatar with less drama.

Australia have been drawn in Group D, and Arnold’s side will face France in their opening fixture on November 22. They will then try to overcome Tunisia four days later before playing their final group contest against Denmark on November 30.

Australia are considered one of the outsiders for the event, with odds of 500/1 available for them to lift the trophy for the first time. They are as big as 20/1 to win Group D but can be backed at 4/1 to qualify from the group and reach the knockout stages.

Australia have made six appearances at the World Cup, the first of those coming in 1974. The Aussies were not a member of FIFA between 1930 and 1962, but they were unable to make an impression during their debut.

They failed to win any of their matches in West Germany, and they then missed the next seven tournaments before booking their place in Germany in 2006. After years in the wilderness, Australia caught the eye as they reached the last 16 before losing 1-0 to Italy.

Australia have failed to progress from the groups during the previous three editions of the tournament, and they will hope they can make history in Qatar this winter.

Graham Arnold enjoyed a solid playing career, making over 450 appearances across Europe, but his longest spell as a player came on home soil at Sydney United.

The 58-year-old has showed no signs of letting up since retiring in 2000, and he has been part of the Australia coaching setup for many years. He served as assistant manager between 2000-2006 before taking over as caretaker the following years.

After spells with the Central Coast Mariners, Vegalta Sendai and Sydney FC, he returned to the national setup in 2018 as coach of the men’s senior and U23s teams.

He worked alongside Guus Hiddink during his time as assistant, and he has so far shown he can manage expectations back home.

Arnold has kept things simple of late, using a 4-1-4-1 formation to try and guide his team through the qualifying rounds. Former Brighton goalkeeper Mathew Ryan is going to be crucial to their chances, playing at both the 2014 and 2018 World Cups.

Ryan knows what it takes to play at such a worldwide event, and having played in the Premier League, he has played against some of the best players in the world.

Midfielder Aaron Mooy is usually deployed as a holding midfielder, with the former Huddersfield Town ace hoping to pull the strings for the likes of Jackson Irvine and Ajdin Hrustic, who sit in front of him in midfield.

Irvine and Mitchell Duke have both played up front in the last few months, while Nicholas D’Agostino could provide plenty of competition from the bench.

World Cup holders France and Euro 2020 semi-finalists Denmark are streets ahead of the opposition and I cannot see them failing to progress in Group D, but Australia should at least be able to pip Tunisia to third.

Losses against Denmark and France are expected but Graham Arnold’s side should have the quality to beat Tunisia on matchday 2.