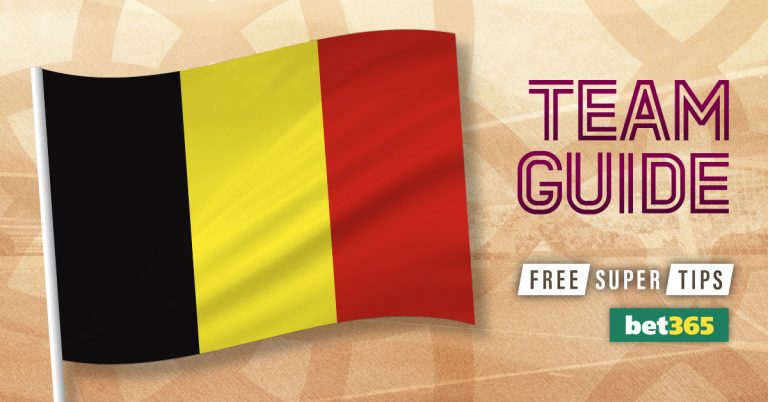 Belgium finished third in the 2018 World Cup in Russia and will feel they still have the quality to compete for the top prize in Qatar.

This may be the last chance for Belgium’s golden generation and they have already lost a few members of that group to retirement.

Vincent Kompany and Thomas Vermaelen have since hung up their boots, with the latter now Belgium’s assistant coach, but with the likes of Kevin De Bruyne, Romelu Lukaku and Eden Hazard among their options they still have plenty of quality.

Belgium: The story so far

Belgium came through qualification Group E in Europe with relative ease as they went unbeaten, winning six of their eight games.

The Belgians did have to come from behind in each of their first three games, against Wales (W), the Czech Republic (D) and, somewhat surprisingly, Estonia (W) in their three opening games but they ended up finishing five points clear of the Welsh in second spot.

Results since their qualification campaign ended have been mixed for Roberto Martinez’s men have been mixed and a 4-1 defeat at home to the Netherlands in the Nations League does look a little concerning, especially with them failing to exact revenge on the Dutch in the return fixture, which they lost 1-0 in September.

Belgium have been drawn in Group F alongside Morocco, Canada and 2018 runners-up Croatia.

De Rode Duivels, or the Red Devils if you prefer, face Canada in their opener on November 23 at the Al Rayyan Stadium, before taking on Morocco and then Croatia – and that final clash may well decide who finishes at the top of the pile in the group.

Belgium are rated at 8/15 to win Group E and they are 5/2 to match their performance in Russia by reaching the semi-finals. After four years as the top ranked team, Belgium are currently second in the FIFA rankings and are among the favourites to secure the trophy at 14/1 to win the World Cup outright.

Belgium’s best result in the World Cup came four years ago as they reached the last four, losing to eventual champions France, and then claimed third place by beating England in a play-off.

That was their second appearance in the semi-finals as they came in fourth in Mexico in 1986 and their history in the tournament goes right back to the winning, as Belgium were one of the 13 teams who competed in the first ever edition of the World Cup way back in 1930.

The 2022 World Cup will be Belgium’s 14th appearance in the tournament and their third in succession, after reaching the quarter-finals in Brazil in 2014, then the last four in 2018 – can they go all the way and secure a place in the final for the first time in their history this year?

Belgium boss Roberto Martinez has been in charge since 2016 and is one of the longest serving managers who will be at the World Cup, behind Didier Deschamps of France and Portugal’s Fernando Santos.

Fans in England should be familiar with the Spaniard as he spent the majority of his playing career in the UK, most notably as a midfielder for Wigan Athletic and Swansea, and cut his managerial teeth in England with the same clubs.

Martinez is the man who masterminded the Latics’ FA Cup triumph in 2013 before he made the switch to Everton later that year. He spent three years in charge at Goodison Park before being dismissed, and was hired by the Royal Belgian Football Association soon after.

Martinez tends to use a back three for Belgium, although this perhaps due to a lack of options in the full-back roles. The 3-4-2-1 formation does still give the team some width, however, with players like Dries Mertens, Hazard and others a threat on the flanks.

Belgium play possession-based football and generally move the ball exceptionally well. As he does with club side Manchester City, Kevin De Bruyne pulls the strings creatively and striker Romelu Lukaku is always a threat, whether that means scoring himself or using his physical strength to hold the ball up.

One player to keep an eye on is 21-year-old attacking midfielder Charles De Ketelaere. The youngster recently completed a move from Club Brugge to AC Milan and looks to be one of Belgium’s stars of the future, although he may have to settle for a role among the substitutes in Qatar.

Belgium to reach the semi-finals at 11/4

They may not be quite as heavily fancied as they were going into the tournament in Russia four years ago but Belgium remain a real threat and at 14/1 some value could be found in backing them to go all the way with their golden generation. However, I prefer taking them to repeat their semi-final appearance of 2018 at 11/4

De Bruyne is one of, if not the, best midfielders in world football right now and in Lukaku they have a proven goalscorer at international level. The draw hasn’t been particularly kind to Belgium as they are likely to face either Spain or Germany in the last 16 – but they should still be considered genuine contenders.