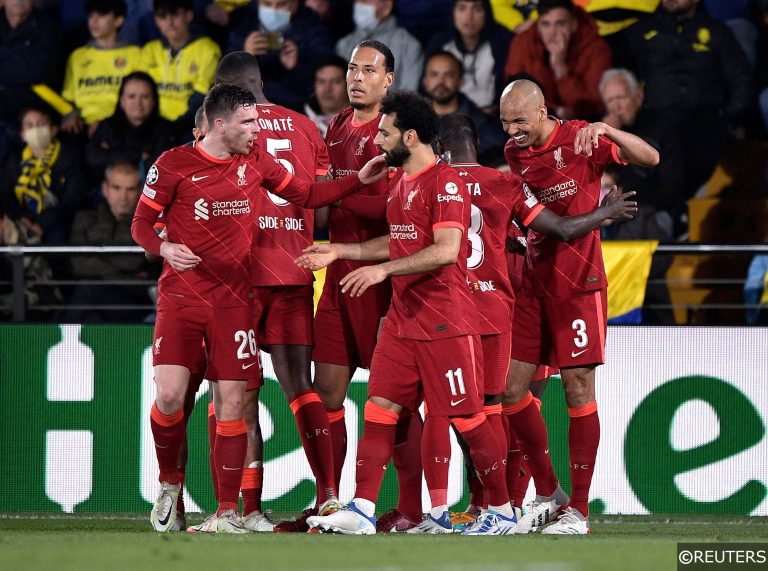 Real Madrid and Liverpool meet at the Stade de France in Paris on Saturday in the Champions League final and there are a host of price boosts available for the European showpiece.

We’ve had a look over the options and picked out a few of our favourites, including two huge options at 250/1 and 100/1.

Some of the world’s best forwards will be on show in the French capital and the 4/1 on offer for Real Madrid’s Karim Benzema and Liverpool duo Mohamed Salah and Sadio Mange to all have one or more shots on target looks great value.

Following on from the above, Benzema has been boosted to 7/4 to register two attempts on target. The Frenchman has had 20 attempts on target in 11 Champions League games and has seven goals in just four games against Premier League opposition in Europe this season.

We’ve backed a Trent Alexander-Arnold shot on target in our Champions League Ultimate Bet Builder tip and Betfair are offering 3/1 on the Liverpool full-back to test the keeper from outside the box. Alexander-Arnold averages 1.3 shots-per-game in this competition and he likes to try his luck from range as 1.1 are from outside the box, while he is averaging 0.3 on target per-game across all competitions.

Betfair also offer an #OddsOnThat section and one of their featured bets has caught my eye. It is a big call but the 100/1 on offer for Real to win each half and take the most corners in each half isn’t beyond the realms of possibility and if you do fancy Los Blancos to dominate this huge price looks tempting.

Benzema takes the majority of his shots with his right foot but he is also a real threat in the air and averages 1.0 shots-per-game with his head in the Champions League. In the Premier League, 20% of the goals Liverpool conceded came from set pieces so there is a chance they could be undone by a headed effort on Saturday and Benzema is, of course, a candidate to nod one home.

There are some interesting options in Paddy Power’s #WhatOddsPaddy bets and if you think Liverpool will have far too much for Real Madrid the 250/1 on offer for the Reds to scored twice in each half, win three corners in each half and for the Spanish side to pick up two cards in each half could be worth a small stake. Admittedly, this looks unlikely but not impossible and 250/1 is still a huge price for these events to happen.