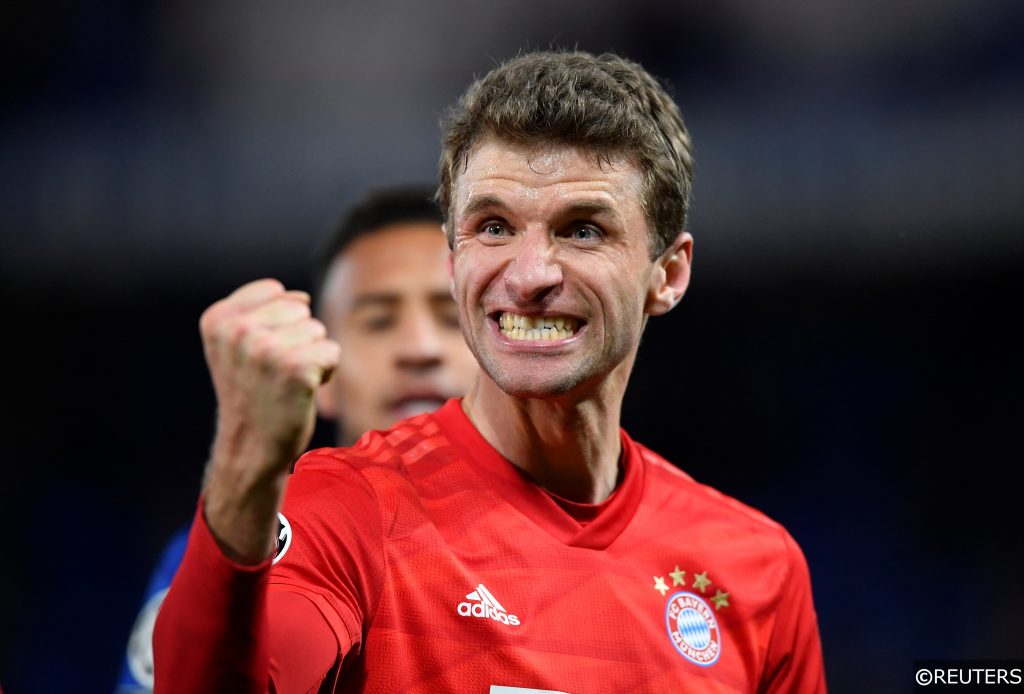 The 2020/21 Bundesliga campaign commences later this week, sparking conversations about fresh starts, clean slates and new eras from Lower Saxony to Bavaria and back again.

Last season, Bayern Munich lifted the Meisterschale for the eighth time in a row after they recovered from a ropy start to roar to a 13-point margin title win.

Remarkably, Die Roten were languishing in 7th place in December, before a remarkable sprint finish and 21-game winning streak under Hansi Flick saw Bayern claim the Bundesliga, DFB Pokal and Champions League in a sensational clean-sweep of silverware.

In 2020/21, Bayern Munich are again the team to beat in the Bundesliga, though the question remains – is any team capable of stopping the Bavarian juggernaut?

Remember – we’ll be covering every kick of the new German season with match previews and betting tips on our Bundesliga predictions page.

Bundesliga and European champions Bayern Munich’s domestic dominance is so absolute that they are overwhelming favourites to lift the title again.

The Bavarians, who dropped just two points in their final 20 matches last term, added ex-Man City star and German international Leroy Sane to their already formidable frontline over the summer, and Hansi Flick’s relentless winning machine should prove too powerful a force to resist again in 2020/21.

With little value in backing Bayern to win in the outright markets however, the race to finish in the places behind them is worth far more attention.

If however, you are determined to back Bayern’s brilliance this season, then a domestic double could be your best bet.

Munich won the DFB Pokal in five of the last eight seasons, and the prices on them winning that cup again alongside the Bundesliga title itself look more than decent. 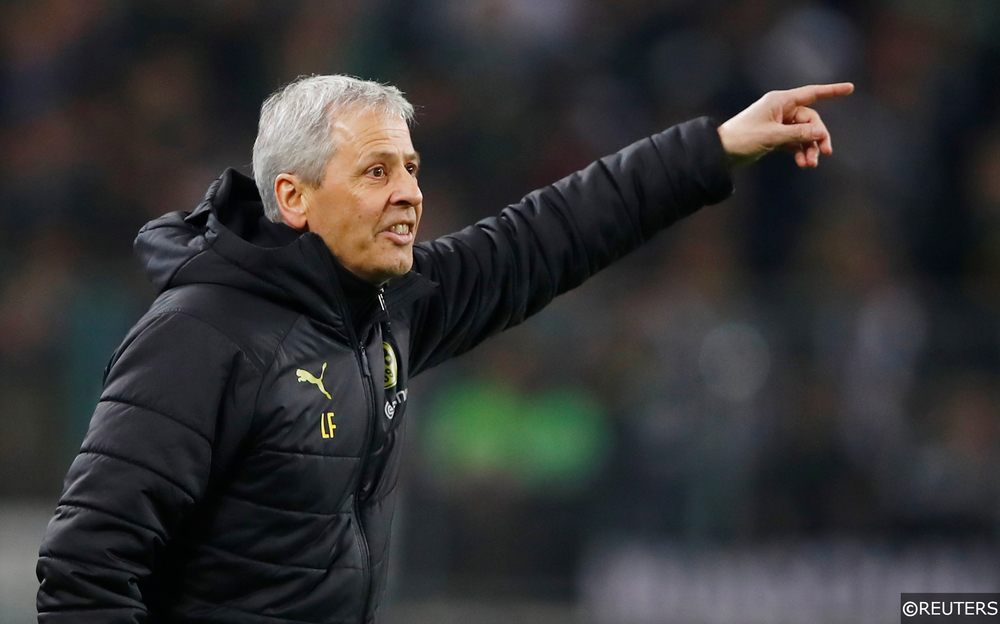 Runners-up in each of the last two seasons and in five of the last eight years overall, Borussia Dortmund look best placed to offer some sort of challenge to Bayern this term.

In Erling Braut Haaland and Jadon Sancho, Dortmund have two of the Bundesliga’s most exciting young players, while new addition Jude Bellingham, the promising Giovanni Reyna and Real Madrid loanee Reinier are all hoping to enjoy breakout years at Signal Iduna Park.

Die Roten Bullen begin life without Timo Werner this season after the prolific frontman swapped Leipzig for Chelsea in the Premier League and without their 28-goal frontman, Julian Nagelsmann’s understandably look a little light on firepower.

RB Leipzig shared the spoils a joint league high 12 times in 2019/20, and without Werner’s match-winning ability, it’s difficult to see how they can improve on their third place finish this season. 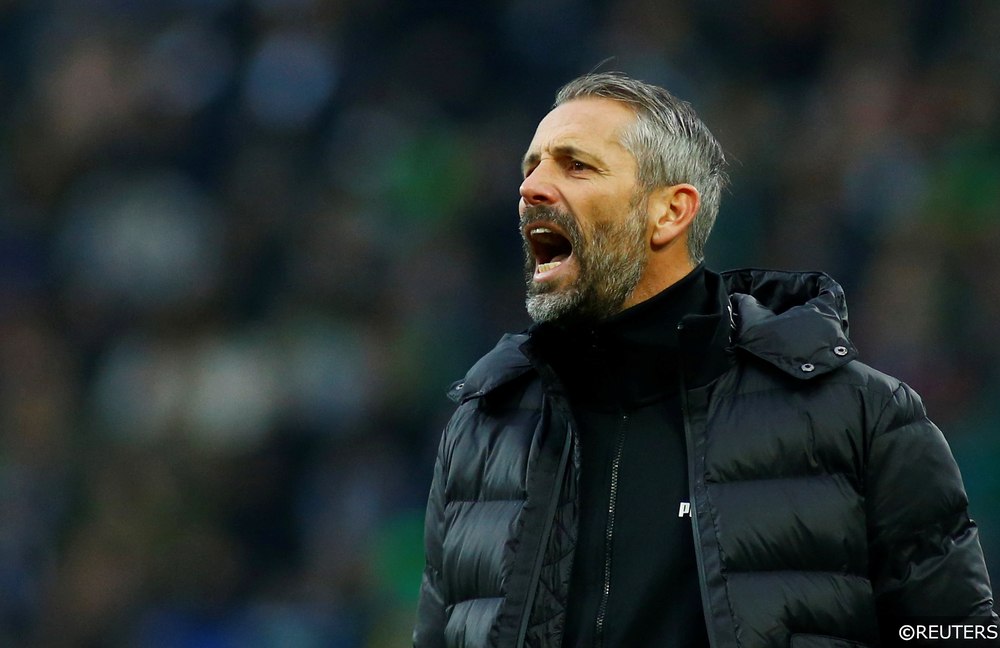 Crucially, Gladbach managed to keep hold of all their best players and most important performers during the transfer window, including French forward Marcus Thuram, keeper Yann Sommer, defensive pair Matthias Ginter and Nico Elvedi as well as the inventive Alassane Plea.

Denis Zakaria should also make a welcome return from injury soon to reprise his role in midfield alongside the impressive Florian Neuhaus – making Gladbach a formidable looking outfit again.

The bookies have given Leverkusen the edge over a Gladbach side they finished behind last season in the race to secure a top four finish this time around, though we feel the market makers have got this one wrong.

With prised asset Kai Havertz sold to Chelsea and the influential Kevin Volland moved on to Monaco, Levkerkusen have waved goodbye to 35 Bundesliga goal contributions from last season, leaving Bayer short on final third quality for the new campaign.

While newly promoted Armenia Bielefeld and Stuttgart are favourites to plunge straight back to the German second tier at the first time of asking this season, we think Mainz are the value bet to finish in the Bundesliga’s bottom two for 2020/21.

A late flurry of wins allowed Die Nullfünfer to pull clear of danger in the final throes of the previous campaign, however, after the final ball was kicked in anger, only bottom club Paderborn had lost more Bundesliga fixtures overall than Mainz.

Having gathered over 40 points just once in the last four seasons, Mainz have regularly flirted with relegation and after a quiet summer at the Opel Arena, Achim Beierlorzer has done little to improve his lot. 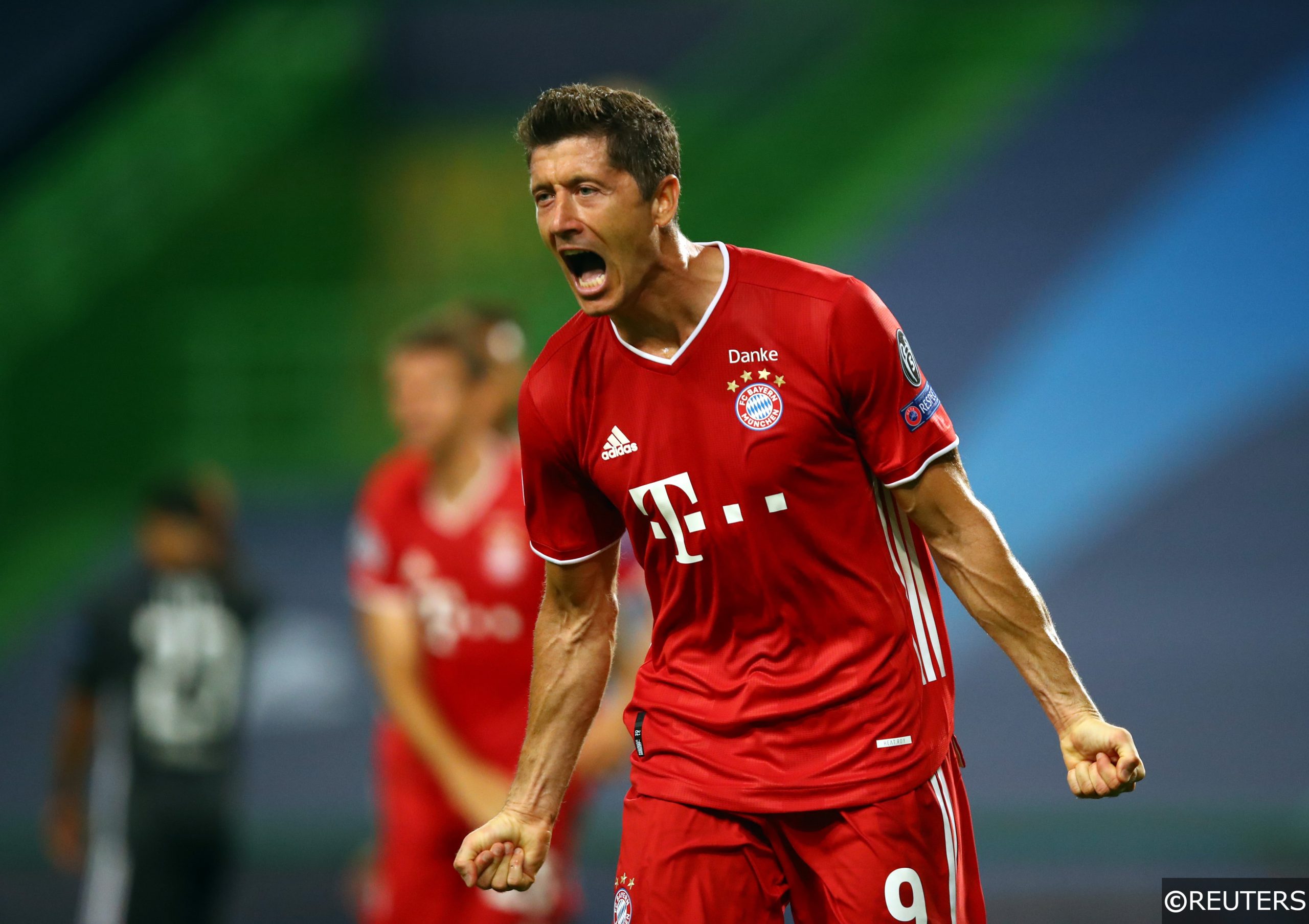 With the majority of the Bundesliga’s top attacking talent concentrated and found in the division’s traditional “big two”, it’s no surprise to see the bookmakers’ list of top scorer favourites populated by attackers from Bayern Munich and Borussia Dortmund.

In 2019/20, the evergreen Robert Lewandowski enjoyed the most prolific campaign of his career, and the 32-year-old’s 55-goal haul included 34 Bundesliga strikes – a total that saw him crowned the league’s leading marksman for the fourth time in five years.

With his nearest challenger from last season, Timo Werner, now departed, Lewa has a clear run at the Kicker Torjägerkanone again this term, and there is enough value in the prices to make the Polish international worth backing.

Big things are also expected of Norwegian prodigy Erling Haaland in his first full German season – though his return of six goals from his last 12 Bundesliga appearances hinted that he might not be quite as prolific as the hype would suggest.