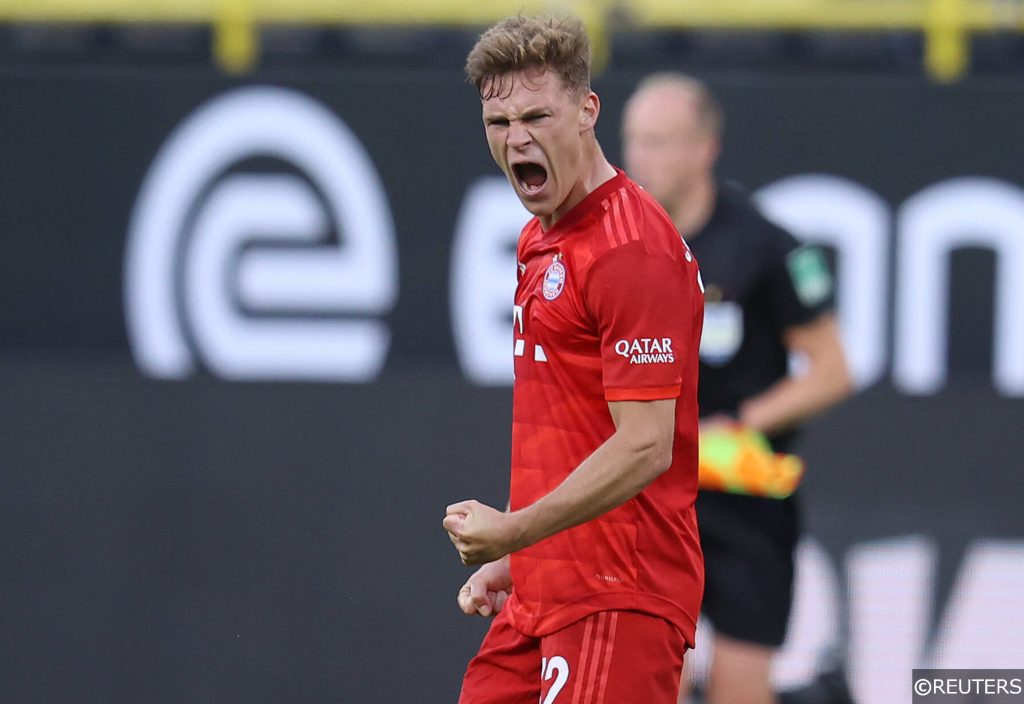 Bundesliga leaders Bayern Munich are stampeding towards their 8th German league title on the spin this season, and while their next piece of domestic silverware is almost in the bag, they can’t afford to take their foot off the pedal against Borussia Monchengladbach on Saturday evening.

Marco Rose’s talented young Die Fohlen outfit are one of only four Bundesliga teams to have beaten Bayern so far this term, and with Robert Lewandowski and Thomas Muller absent for the hosts, Gladbach will feel that they have a huge chance to win at the Allianz Arena for the second season running.

Bayern aren’t exactly lacking in depth however, and Hansi Flick has a whole host of seasoned superstars in reserve waiting for their chance to shine. With revenge on the agenda, the champions will be going for the jugular on Saturday evening – and that should in turn make for a thrilling German top flight encounter.

With that in mind, we’ve delved into all the stats and facts and put together tasty looking 20/1 bet365 Bet Builder for Saturday’s action! You can find the rest of our Bayern Munich vs Borussia Monchengladbach predictions here too.

Over 3 goals for both teams combined

Stefan Lainer to get booked

Under 10 corners for both teams combined

By adding these selections to your own Bet Builder using the banner below, you come away with a massive 20/1 bet to sink your teeth into on Saturday evening. Just click below and add the corresponding selections (or some of your own) to your very own bet365 Bet Builder.

7 expert bets for the opening weekend of La Liga