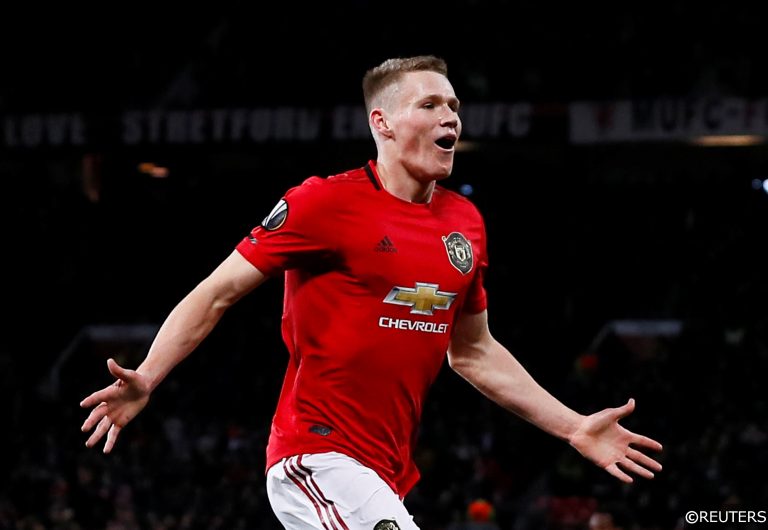 Premier League fixtures can often be won or lost in the cut and thrust of the midfield battleground, and combatants that occupy those central areas are generally among their respective team’s most important players.

From tempo-setting pass masters to more defence minded specialists, the Premier League is heavily dusted with top class midfielders, though there is also a talented layer of next generation aspirants pushing hard to earn top-tier status alongside them.

Remember – we’ll be covering the English top flight action in detail with betting tips and match previews on our Premier League predictions page.

Touted as the heir apparent to veteran City legend David Silva, Citizens’ academy graduate Phil Foden is considered by many to be English football’s next big thing.

Despite his obvious potential, Foden has only been given sporadic chances to showcase his skills on the Premier League stage by Pep Guardiola, but with the aforementioned Silva riding off into the sunset at the end of the current season, Foden’s involvement is expected to increase soon.

The diminutive schemer has played a starring role in England’s youth teams since 2015 and full international honours are almost certain to follow. Foden has been tipped to eventually develop into one of the best midfielders in the world – check out our article to see who we think ranks in that category now!

While players like James Maddison and Youri Tielemans tend to get most of the attention at Leicester City, left sided midfielder Harvey Barnes has been developing rapidly under the radar at the King Power Stadium.

With six goals and six assists in just 20 Premier League starts, the 22-year-old has been adding productivity to his promise this season, and Barnes has played a key role in the Foxes’ drive for Champions League qualification.

Barnes has been on Leicester’s books since the age of nine and is a regular with Aidy Boothroyd’s England U21 team.

An integral part of Frank Lampard’s home-grown revolution at Chelsea, creative midfielder Mason Mount is enjoying a breakout season with the Blues having spent the last two years on loan away from Stamford Bridge at Vitesse and Derby County respectively.

Mount already has six goals and four Premier League assists in the bag from a productive first Premier League campaign – numbers that place the 21-year-old among the most impactful operators at the club.

Mount’s influential displays were rewarded with a call up to Gareth Southgate’s England squad last year, and since making his debut against Bulgaria in September, the Portsmouth-born midfielder has collected six caps for the Three Lions in total.

It wasn’t that long ago that Scott McTominay was regularly lampooned as a Jose Mourinho youth prospect project gone wrong, however, the United academy alumnus has blossomed into a cult hero among the club’s supporters over the past 12 months.

The imposing 23-year-old has an accomplished technical skillset to match his powerful physique, and the Scottish international has been flourishing alongside a raft of fellow United-made first teamers including Mason Greenwood, Brandon Williams and Marcus Rashford under the watchful eye of Ole Gunnar Solskjaer.

A knee injury bit a large chunk out of McTominay’s season at the start of 2020, though the marauding midfielder will be fit and firing for the remainder of the Premier League campaign.

It’s testament to his status as one of the Premier League’s best midfielders, that it’s almost difficult to believe that Ruben Neves turned just 23 in March.

The deep lying Portuguese playmaker, with a penchant for a long-range screamer, has been anchoring the Wolves midfield in tandem with his compatriot Joao Moutinho this season, and Neves in particular tends to save some of his best work for Wanderers’ biggest games.

Neves has continually been linked with moves away from Molineux, but with a price tag rumoured to be hovering near the £60m mark and the strong Portuguese influence at the club a factor, the former Porto employee will likely stay in the West Midlands for another few years.

In the era of massive money-spinning transfers, it’s proving more and more difficult for Premier League clubs to identify and land a bargain, however, in Matteo Guendouzi, Arsenal got themselves a gem.

Plucked from Ligue 2 side Lorient for a paltry £7m in 2018, the fiery-haired midfielder wasted little time acclimatising to his new Premier League surroundings.

Armed with the kind of running power and bite that the Gunners have often lacked, the 21-year-old has all the attributes needed to become Arsenal’s enforcer for the next decade.

Guendouzi fits many of the criteria you’d associate with football’s next generation of wonderkids – but was he good enough to make the cut in our list of Football Manager 2020 wonderkids here? Read our guide to find out!

Dwight McNeil was cut loose from the Manchester United academy as a 14-year-old, though one club’s loss is another’s gain, and the wide midfielder hasn’t looked back since opting to join Burnley in 2014.

The 20-year-old, who broke into the Clarets’ first team last season, has been a mainstay in Sean Dyches’ side again in 2019/20, providing five assists and two goals from his left sided berth in the Premier League.

McNeil’s performances at Turf Moor are believed to have caught the eye of several of the division’s bigger clubs, including Tottenham Hotspur, Liverpool and even his old employers Manchester United, though a move as early as this summer looks unlikely.

All-action holding midfielder Declan Rice has been a shining light through what has been a grey-clouded, gloomy campaign for West Ham in 2019/20.

The 21-year-old England international was nabbed from Chelsea’s youth setup in 2014, though his decision to cross London in search of first team football was vindicated when he made his debut two years later.

Since being handed a first team bow, Rice has kept an iron grip on his place in the West Ham staring XI, and the hard-tackling number 41 has been an ever present in the Premier League for David Moyes this term.

Talented creative midfielder David Brooks has had a 2019/20 campaign to forget. The highly-regarded 22-year-old picked up an ankle injury against Brentford in a summer pre-season friendly and subsequently missed every single Cherries game between August and the postponement of the domestic game in March.

However, in 2018/19 Brooks had played his way to prominence on the south coast, notching seven goals and five assists for Eddie Howe’s side during a sparking nine month stint.

Brooks has now fully recovered from his ankle problems and clear to feature in Bournemouth’s remaining fixtures, he can start thinking about rebuilding his reputation as one of the Premier League’s brightest prospects.

Todd Cantwell is one of a number of gifted young Canaries players that should have little trouble finding a new Premier League club should Norwich’s relegation be confirmed later this summer.

The versatile 22-year-old, who can be deployed in half a dozen different positions in the middle and final third, hit six goals and two assists in his first 29 top tier appearances for the East Anglians in 2019/20, and performances of promise against some of the league’s more illustrious clubs offered a glimpse of what could be an ability to play on a bigger stage.

The Norfolk born local lad, who has lofty aspirations, looks to have the right amount of ambition to match his Premier league quality attributes.