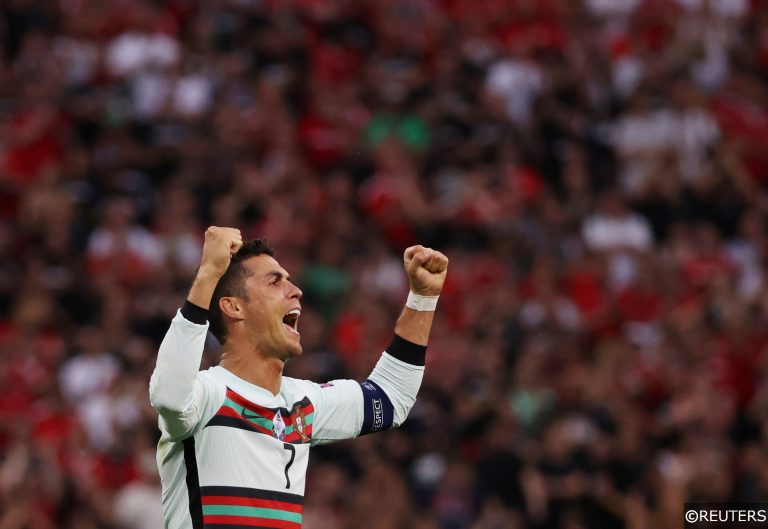 We’re a week into Euro 2020 now and after seeing every team in action we’re getting a good idea of how they’re going to set up throughout the tournament.

With that comes an opportunity for some more niche betting ventures, and some of the most popular emerging markets are the shots markets.

Let’s take a look at all the best shots and shots on target bets for Saturday’s trio of Euro 2020 clashes.

France are expected to dominate against underdogs Hungary tomorrow and after allowing Portugal seven shots on target in their opener it’s no surprise to see French players dominating the market.

Les Bleus only had one attempt on target against Germany but this will be a completely different sort of game. They will have a lot more possession around Hungary’s box and that will eventually lead to shooting opportunities.

Kylian Mbappe was the one player (apart from Mats Hummels) to test Manuel Neuer in Munich and with him averaging 1.8 shots on target per game last season backing him to hit the target twice or more at 8/11 looks solid.

It’s also worth considering France over 6.5 team shots on target at at 6/5 as well after Hungary’s concessions to Portugal, although if you fancy the underdogs the best option there is Adam Szalai over 0.5 shots on target at 4/6. He’s the main focal point of Hungary’s attack and they did show willingness to push forward at times in Budapest.

Germany themselves seemed strangely cautious of actually having a pop against France and their only attempt on target came from Hannibal Lecter wannabe Antonio Rudiger. I’d expect them to be more open to shooting on Saturday but their attack lacks a focal point and none of their players stand out as good options for the shots market.

That’s not the case for Portugal. Cristiano Ronaldo is chasing the all-time international scoring record and he had an impressive four shots on target against Hungary. The 36-year-old is on free-kick and penalty duties for Portugal and averaged 2.1 shots on target per game in Serie A last season, so backing him in the over 0.5 shots on target market at 10/11 is appealing.

Bruno Fernandes isn’t shy about having a dig, either. He has hit the target six times in his last four competitive appearances for club and country and is evens to test Neuer at least once.

Poland managed just three attempts on target against Slovakia and I can’t see them having much more luck against a Spain side that were utterly dominant on the ball in their opener versus Sweden.

Robert Lewandowski is the best striker in world football but he rarely delivers in major tournaments for Poland. He didn’t have a single shot on target against Slovakia and with Spain expected to limit Polish opportunities he looks good value for under 1.5 shots on target at 8/15.

Dani Olmo is worth keeping an eye on in the Spanish camp. The RB Leipzig player really tried to make things happen against Sweden. He had five cracks at goal and while only two of these hit the target he’s priced at a generous 5/6 for over 2.5 total shots.