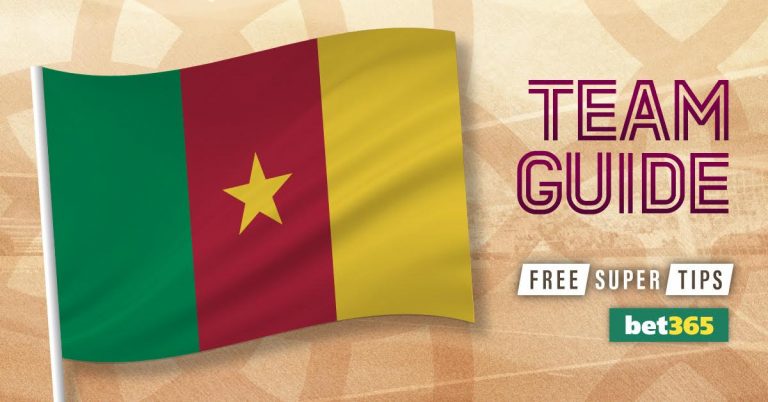 After a disappointing African Cup of Nations, where they could only finish in third place despite hosting the tournament, Cameroon jet off to Qatar hoping this can be the start of a new era.

The Indomitable Lions are now under the guidance of Rigobert Song, who took charge in February and has instilled a renewed sense of optimism after winning three of his five competitive games in charge.

He will now attempt to do something Cameroon have failed to do in over 30 years; reach the World Cup knock-out stages, with the last three decades seeing them fail to take advantage of having world-renowned stars such as Samuel Eto’o, Lauren and Geremi.

Cameroon: The story so far

After missing the tournament in Russia four years ago, Cameroon looked destined for more World Cup misery during qualifying.

They had a promising group stage initially, finishing in top spot, comfortably above Cape Verde, Liberia and the Central African Republic thanks to four wins and a draw from five games.

That took them through to the second qualifying round, where things got even better, winning five times in six outings and knocking out the Ivory Coast in the process to set up a two-legged play-off against Algeria.

However, with the odds stacked against them, Karl Toko Ekambi popped up to score in the final minute of extra-time in the second leg to earn a 2-1 victory and ensure Cameroon progressed on away goals.

It’s fair to say Cameroon have drawn the short straw, as their group contains one of the tournament favourites, Brazil, as well as European pair Switzerland and Serbia.

Indeed, the Indomitable Lions are the lowest-ranked side in Group G, and they carry the weight of history on their shoulders, as they have not won a game at a World Cup since Japan and Korea in 2002!

As with every country, the opening game is crucial, and they kick off their tournament against the Swiss on November 24th, facing Serbia four days later.

It might well help them that they don’t come up against Brazil until last of all as it gives Song’s side the chance to grow into the tournament, but even so, elimination before the round of 16 at 2/11 seems highly likely.

They are even as short as 4/7 to finish bottom of the group, while a price of 7/2 reflects how tough they will find it to qualify.

Cameroon have flattered to deceive far too often at the World Cup, with seven previous appearances seeing them qualify from the group stages merely once.

That was back in 1990 when Roger Mila wooed the watching crowd with his infamous dance as they finished top of a group containing Romania and Argentina, whom they defeated 1-0, before beating Colombia in the round-of-16.

Their progress was eventually halted by England when Gary Lineker’s late penalty secured a 3-2 victory, and that’s as good as it’s got for Cameroon on the biggest stage of all.

Since then, they have qualified for five tournaments but 15 group games have yielded only one win, a 1-0 defeat of Saudi Arabia at Japan and Korea in 2002 courtesy of Eto’o’s strike.

Indeed, at their last two World Cups, in 2010 and 2014, Cameroon have lost each of their three matches, including a 4-1 mauling to Brazil, who they will face again in Qatar.

A name familiar to Liverpool and West Ham fans, Rigobert Song took charge of Cameroon after their African Cup of Nations exit earlier this year.

The former defender is no stranger to the big stage though, with his club football accompanied by a glittering 17-year international career that saw him win the African Cup of Nations twice, finish as a runner-up at the Confederations Cup in 2003 and appear at four World Cups.

In total, he made 137 appearances for his country, eventually hanging up his boots in 2010 and turning his attention to coaching.

It was not long before he was back in the Cameroon set-up, first taking charge of the ‘A’ side in 2016 before unsuccessfully applying to take over the senior team in 2018.

He eventually got that role in February of this year, following the sacking of Toni Conceição, but only after a four-year stint as manager of the U23s.

And since taking the reins, Song, uncle of ex-Arsenal and Barcelona midfielder Alex, has guided Cameroon through that World Cup play-off and won three of his five competitive games, as well as losing friendlies to Uzbekistan and South Korea.

There are some genuine stars in the Cameroon line-up, perhaps none more so that Eric Choupo-Moting, who is excelling at Bayern Munich after a miserable stint at Stoke earlier in his career.

He will be joined up top by Vincent Aboubakar, top scorer at the African Cup of Nations earlier this year, while Inter Milan’s Andre Onana is one of the game’s leading goalkeepers.

There have to be fears about the depth of the squad though, with only three players having reached double figures in international goals.

Song also does not have a wealth of options to pick from in defence, of whom only a handful play in Europe’s top leagues.

It may therefore be the case that a lot of responsibility lies on the shoulders of Napoli’s André-Frank Zambo Anguissa, who will be employed in a holding role in midfield.

Cameroon to pick up one point at 5/2

It is hard to see anything other than a group-stage elimination for Cameroon, but the odds are so short that it is barely worth a second look.

Value can perhaps be found in backing Rigobert Song’s side to pick up just one point from their three games at 5/2.

They are likely to suffer a defeat to Brazil, but they could spring a surprise and sneak a draw against one of Serbia or Switzerland.