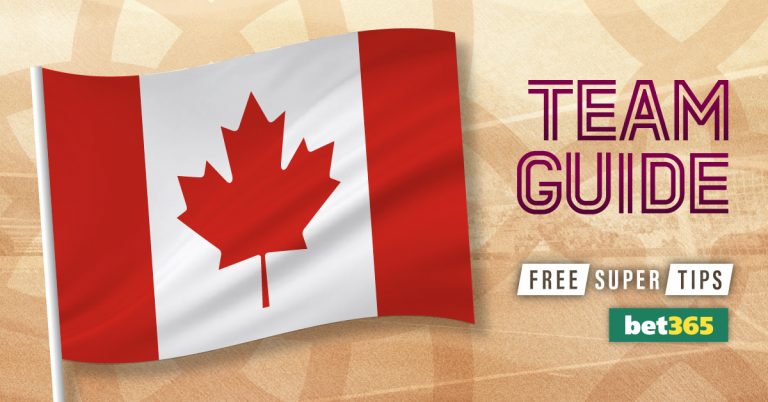 Canada will make their triumphant return to the biggest stage in football 36 years after their one and only World Cup finals appearance at Mexico 1986.

Whilst the Maple Leafs impressed in qualifying, it remains to be seen whether or not they can keep pace with the big boys of international football at this tournament.

The majority of the Canada squad ply their trade in the MLS with only a handful of players shining on the European stage at club level, most notably Alphonso Davies, who is one of Bayern Munich’s brightest young prospects.

Canada: The story so far

Having overseen a dramatic rise in the world rankings since taking over as Canada boss in 2018, John Herdman takes Canada to Qatar 2022 with history in his sights.

Canada have never scored a goal or even earned a point at the finals, so that will be first on Herdman’s agenda now they’ve made it to the biggest stage.

There is a cautious sense of hope ahead of this tournament, with Canada’s generational talent Alphonso Davies carrying the hopes of a nation on his shoulders.

Although the Bayern Munich star is undeniably sensational, Canada are by no means a one-man band, the side’s two highest scorers in history will lead the line, Larin and David.

All except 39 year-old Canada captain Atiba Hutchinson were just a sparkle in their fathers’ eyes when Canada made their one and only World Cup finals appearance, so there are no war wounds amongst this bright-eyed and bushy-tailed Canada side just yet.

Just three points separated four nations at the top of Canada’s qualifying section, but a lot of quality and a bit of luck saw them to the finals as they finished top of their section above both Mexico and the USA, their joint-hosts for the upcoming 2026 edition.

Canada are in Group F, which also features the world’s #2-ranked Belgium, 2018 finalists Croatia, and the formidable Morocco. With Canada’s notoriously cold climate at this time of year, the Maple Leafs will be in for a shock with temperatures likely reaching up to almost 30 degrees celsius.

Canada’s only prior attempt at a World Cup group stage ended in a shocking elimination without a goal scored. Whilst they’re a vastly improved side over that 1986 group, escaping this section looks to be a mammoth task for the Canadians.

Canada are priced up at 11/10 to finish bottom of Group F, a price which is perhaps justified as the higher-ranked Belgium and Croatia will occupy the top-two according to most pundits, with the star power of Morocco likely edging Canada out into third-place.

Canada have only ever featured at one World Cup tournament, and that was way back in Mexico 1986 where they flopped out of the tournament with not much more than a whimper and they didn’t even score a goal to remember the tournament by.

The highlight of that tournament was holding eventual semi-finalists France to a mere 1-0 margin of victory but they’ll be hoping to make history by scoring their first goal and more importantly earning their first points at this World Cup.

With the 2026 edition being jointly hosted by the USA, Mexico and Canada, the Maple Leafs can set a benchmark at this tournament and give their young talented players some vital experience at this level, although going deep into this tournament seems unlikely at best.

Hailing from North East England, Canada boss John Herdman has had an interesting route to the 2022 Qatar World Cup. The County Durham native managed at youth level from a young age back in England, making his way up the ranks as a development coach at Sunderland.

Since then, Herdman managed New Zealand’s women between 2006-2011 before taking over the Canada women’s job where he would go on to earn a bronze medal at the 2012 and 2016 Olympic Games, as well as winning the 2016 Algarve Cup.

Whilst Herdman has never played the game at a professional level, he is certainly no stranger to Canada’s international setup. He has managed the Maple Leafs since 2018 and is responsible for all age groups from 14 upwards.

That’s not to mention that Herdman oversaw Canada becoming the world’s most improved nation in 2021, moving from #72 to #40 in the world rankings!

Experienced goalkeeper Milan Borjan of Red Star Belgrade will be in between the sticks for Canada with a back-three of Johnston (Montreal), Vitoria (Chaves) and Miller (Montreal) providing cover.

Canada are expected to play with wing-backs, so expect to see promising Club Brugge winger Tajon Buchanan and Hatayaspor’s Sam Adekugbe bombing up and down the flanks. Holding the fort in midfield could be Porto’s Stephen Eustaquio and captain Atiba Hutchinson.

With considerably less quality in personnel than the rest of Group F and a vastly different climate than what Canadians are used to at this time of year, this tournament will likely serve as nothing more than a tough lesson in what to expect ahead of their own jointly-hosted World Cup in the 2026 edition.