The first silverware of the season is up for grabs on Sunday, as Man City look to win the Carabao Cup for the fourth-consecutive season. The Citizens may not be able to land the quadruple, but a treble is still very much alive for City.

Meanwhile, Tottenham have booted serial trophy winner Jose Mourinho for 29-year-old Ryan Mason. The interim boss will lead Spurs out for his second ever game as a manager at Wembley on Sunday. Could his arrival lead Spurs to their first trophy since 2008?

The showpiece clash is a great opportunity for a same-game multi bet, so we’ve picked our bet builder tips for the cup final here, which combine for a 61/1 tip. You can see our six selections for this game below, while our Man City vs Tottenham predictions have more insight ahead of the game. 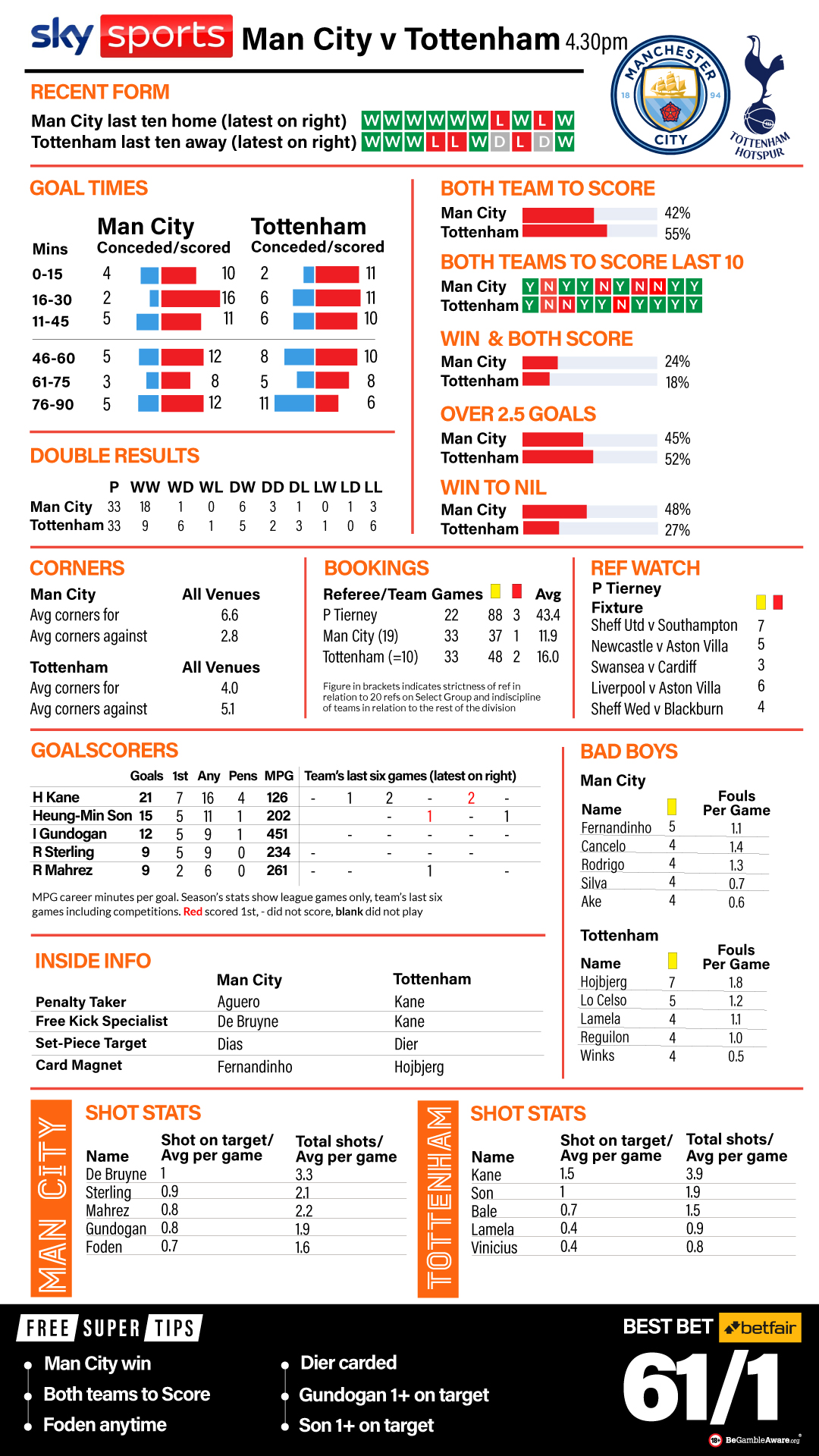 Manchester City have won 29 of their last 32 matches and they’re expected to continue that fine record on Sunday. Man City have also won the last three Carabao Cup finals, so it’s easy to see why they’re such heavy favourites.

We’re kicking off our picks with a Man City win, given how comfortably City saw off Spurs when the two met in February.

A part of Tottenham’s decision to sack Mourinho was the dour style of football the Portuguese had his men play. Ryan Mason has promised to make Spurs a more attacking side and we expect him to start immediately.

While Mason’s changes aren’t likely to swing this one in Spurs’ favour, we’re backing them to score at Wembley. City are without a clean sheet in five and we see them conceding again.

Phil Foden has been the man to step up in the big occasions for Man City and the young midfielder has forced his way into the starting 11.

Recently Foden has notched crucial goals against Aston Villa and Borussia Dortmund. He’s had a great record against the big six and we’re backing him to score on Sunday.

Kevin De Bruyne is pushing to make the bench for City, but in his wake Ilkay Gundogan should be given a more attacking role. When the Belgian missed out last time we saw Gundogan push forward more often. Gundogan’s increased freedom means he has averaged 0.8 shots on target per game and we see him causing problems for Spurs.

It’s not just City who are missing a key man in attack, as Tottenham will be without Harry Kane for Sunday’s clash. That should see Son Heung-min as the focal point of Spurs’ attack, so we’re backing him to test City’s goalkeeper.

Eric Dier was booked in Tottenham’s clash with Man City earlier this year and the defender has been booked three times across his last nine games.

Dier has a tough afternoon ahead of him at Wembley and we see him getting into trouble with the referee.