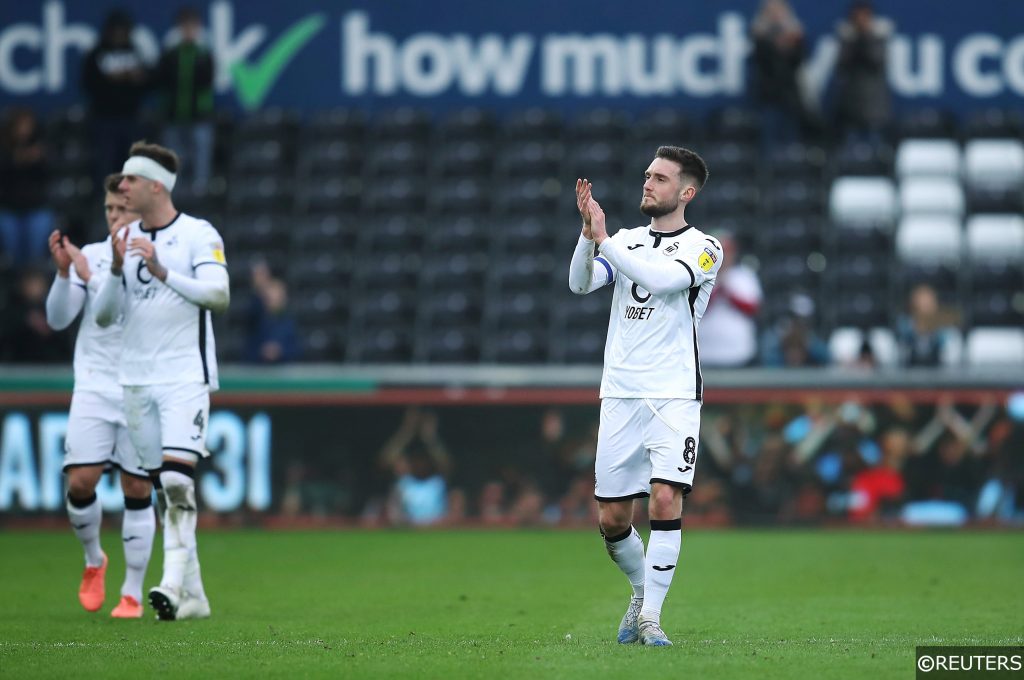 When it comes to drama and excitement, the Championship always delivers, and the final day of the 2019/20 season delivered it in spades.

Whether it be the race for automatic promotion or the battle for survival, there was something riding on 11 of the 12 matches played on Wednesday, and what followed were some remarkable scenes.

West Brom clinched automatic promotion despite their failure to beat QPR, while a late winner for Barnsley saw Wigan demoted into the bottom three due to their 12 point deduction.

But the action didn’t stop there. The race for the playoffs was perhaps the most enthralling, with an incredible six goal swing seeing Swansea defy the odds and leapfrog Nottingham Forest into 6th place, thanks in part to Forest’s calamitous collapse as they lost 4-1 to Stoke.

And the action isn’t over yet. There’s still the small matter of the Championship Playoffs to come, and it’s bound to deliver yet more drama.

When are the Championship Playoffs and where can I watch them?

There’s not long to wait before the Championship Playoffs get underway with them due to start on Sunday, 26th July, under an hour after the final games of the Premier League season conclude.

Each semi-final is played over two legs, leading up to the Playoff final on Tuesday, 4th August. You can find the full schedule and television coverage below, and remember to check out all our Championship predictions for the latest analysis on the games.:

Sitting at 6/4 with bet365 to win promotion to the top flight, Brentford are the clear favourites heading into the Championship Playoffs.

The Bees narrowly missed out on automatic promotion on the final day, losing 2-1 at home to a Barnsley side who were fighting for their life near the bottom of the table.

While they’re understandable favourites, there is some equally understandable doubt surrounding their chances. Brentford headed into the penultimate game looking in good shape for automatic promotion and looking back on an eight game winning streak. However, back-to-back defeats – their first in the Championship since August – ended that hope and they will be going into the playoffs lamenting on this dip in form.

Looking to bounce back up to the Premier League at the first time of asking, Fulham stand at 9/4 to win the playoffs and, like Brentford, missed out on the chance of automatic promotion on Wednesday.

The Cottagers failed to beat an in-form Wigan outfit who were battling to survive against all the odds, although with West Brom also picking up a point against QPR even a win wouldn’t have been enough for Fulham.

That being said, the London outfit do look decent value for promotion. They head into the playoffs on the back of a seven match unbeaten streak and can call upon the services of the Championship’s top scorer Aleksandar Mitrovic. The Serbia international has scored 26 league goals this season and has notched three in his last four.

One of two Welsh clubs battling it out for a place in England’s top flight, Cardiff clinched a comfortable 3-0 win over bottom-of-the-table Hull to secure their playoff position and head into the playoffs following a three match winning streak, making their 4/1 price look fairly attractive.

The Bluebirds did suffer a couple of defeats earlier in the month, but they have still only lost two of their last 11 Championship games and their eight goal tally in the last trio of games suggests they are very much back to their best.

Recent Premier League experience, a well balanced squad and the possibility of an all-Welsh Playoff final makes Cardiff as good a contender as any.

Massive outsiders at the start of the final day of the season, Swansea pulled off a miracle on Wednesday night as they thrashed Reading 4-1 away from home while Nottingham Forest were being hammered at home to Stoke.

The result? Both teams finished the season on 70 points, but that six goal swing on the final day saw The Swans clinch the most unlikeliest of opportunities.

The South Wales club are outsiders at 9/2, but with that final day morale boost and a recent record of just one defeat in seven, their semi-final clash against a Brentford side that have lost back-to-back games is by no means a foregone conclusion.