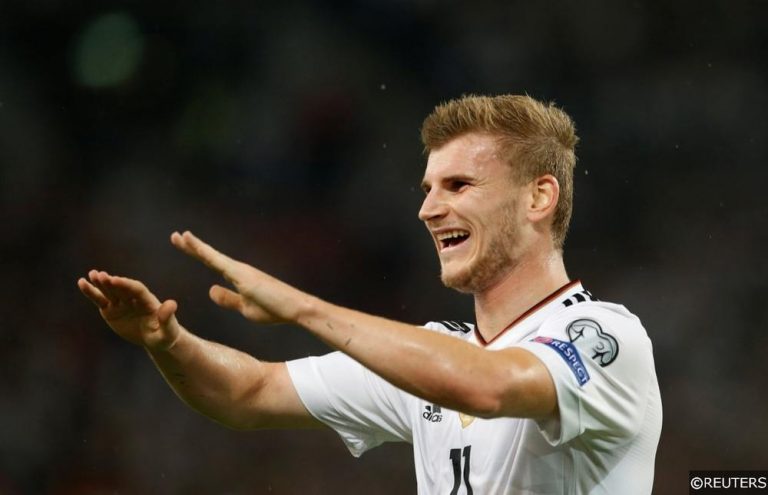 Chelsea have agreed a deal in principle to sign long-term Liverpool target and German international Timo Werner from Bundesliga side RB Leipzig.

The Blues have activated the €55m (£49.4m) release clause in the 24-year-old’s contract which was due to expire Monday June 15, and the prolific striker is set to earn £200,000 per week at Stamford Bridge.

Werner has been vocal about his desire to move to the Premier League this summer, though Liverpool, managed by his compatriot Jurgen Klopp, were believed to be the front runners for his signature.

However, with COVID-19 led financial implications a factor, the Merseysiders were reluctant to solidify their interest in Werner, leaving the door open for Chelsea to swoop in and tie up a deal.

Other reports have suggested that Werner was concerned about his route to regular first team football with Liverpool, with the club’s established front three of Mohamed Salah, Roberto Firmino and Sadio Mane potentially difficult to dislodge.

Frank Lampard however, can offer Werner an instant key role in his Chelsea team, and it is believed that the starting spot on offer with the Blues helped to sway the centre-forward’s decision.

Werner is set to become Frank Lampard’s second signing as Chelsea manager, after a deal was agreed to sign highly-rated winger Hakim Ziyech from Ajax earlier this year.

The Moroccan wide attacker will move to London from the Dutch giants for £33m on July 1 as part of a major recruitment drive planned by Chelsea this summer following the lifting of their transfer ban by FIFA in December last year.

Lampard was unable to dip into the transfer market 12 months ago due to the embargo placed on Chelsea by football’s governing body, though the club are expected to make up for lost time in that regard in 2020.

The Blues are also targeting a new left-back, with Leicester City star Ben Chilwell believed to be number on their list for that position. Porto fullback Alex Telles is also thought to be a candidate for the role.

While Chelsea are currently the fourth highest scoring team in the Premier League, some of the underlying numbers behind their haul suggest that their need for extra quality at centre-forward is stark.

Between August and the end of December last year, the Blues averaged 1.75 goals per 90 minutes of top-flight action, though that average has slipped to a more moderate 1.6 goals per game since the turn of the year.

In addition, Chelsea scored one or fewer goals in a notable 41% (12) of their 29 Premier League fixtures since the campaign began, and with just 22 goals from 15 matches at home, the Blues rank as low as 8th in the division for total goals scored on their own patch, one place and one goal lower than London rivals and relegation candidates West Ham.

Interestingly, Chelsea’s chance creation powers are among the league’s most potent. Only Man City (19.4) have racked up more attempts on goal per game than the Blues this term (16.6) on average, numbers that suggest Frank Lampard’s men have struggled to make the most of their opportunities.

What can Werner bring to Stamford Bridge? 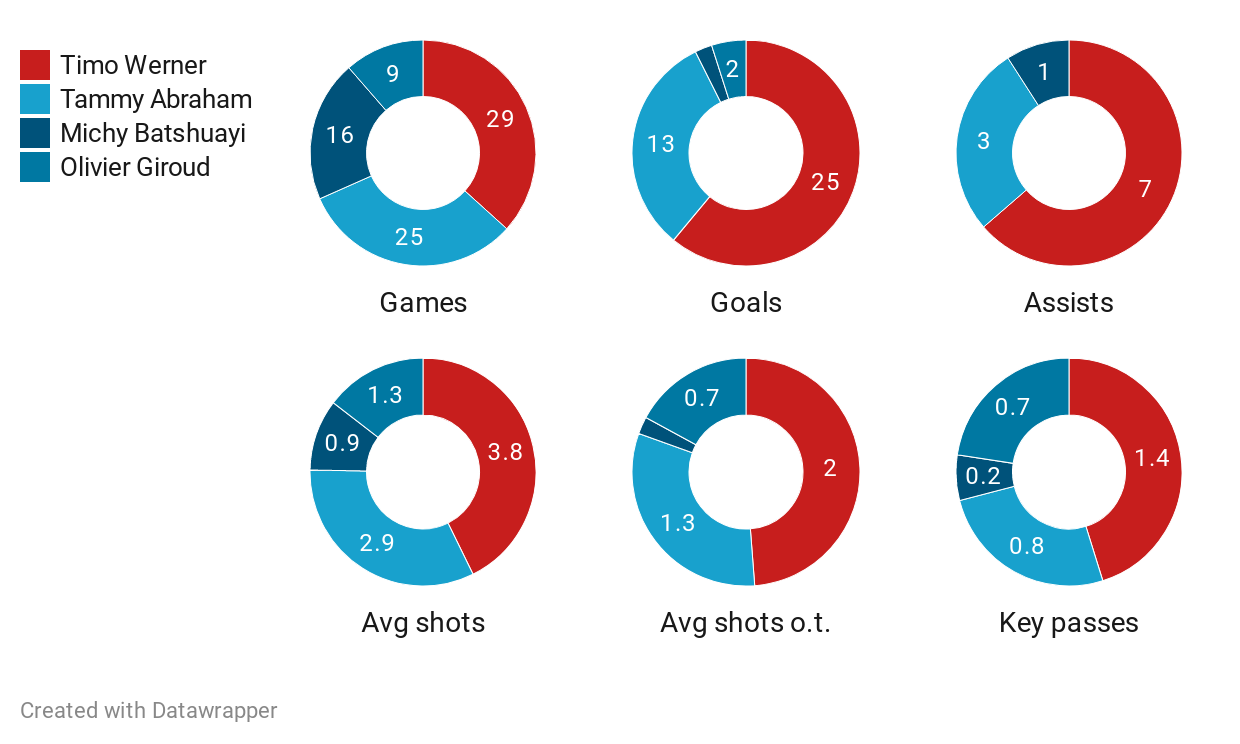 Timo Werner has the skillset to solve many of Chelsea’s chance conversion problems and the German hitman possess the ruthless edge in front of goal that the Blues currently lack.

Home grown forward Tammy Abraham has shown promise this season, but after his early flurry, the 22-year-old’s end product regressed, and ahead of the campaign’s postponement, the academy graduate had scored just twice in 10 Premier League appearances.

Beyond Abraham, Chelsea’s options at centre-forward look worryingly sub-par. Veteran Olivier Giroud is rarely called upon and has been angling for a move away from the club for a year now, while Belgian misfit Michy Batshuayi has never looked the part.

The graphic above shows that Werner has been blowing his Chelsea counterparts and future teammates away across a number of key attacking metrics for his current employers RB Leipzig in 2019/20.

The line-leader, who has scored 11 times in 29 appearances for his country, has scored an incredible 25 Bundesliga goals from a total of 59 shots on target overall this season, and for a relatively modest €55m, Chelsea might just have acquired the perfect player to take their performances in the final third to the next level.