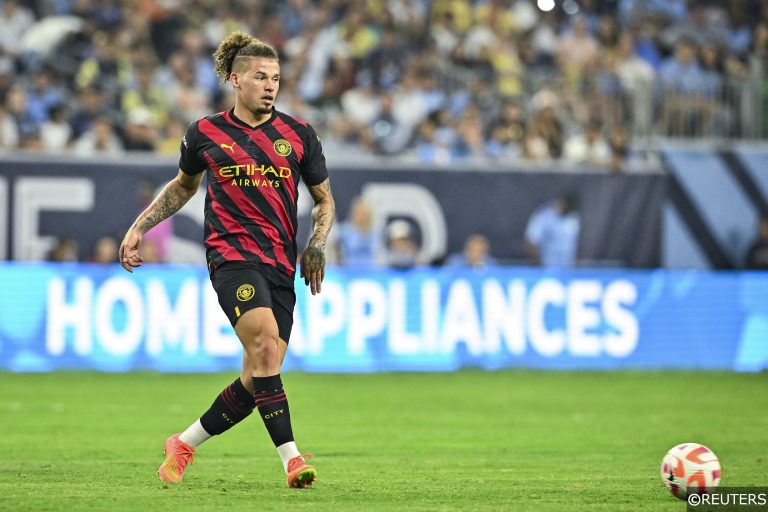 The first silverware of the season is up for grabs on Saturday, as Manchester City and Liverpool clash in the Community Shield.

Ahead of the meeting between last season’s top two, we’ve put together the key trends from previous curtain raisers, alongside a bet builder for the big game.

We’ve had a good time of late with bet builders, having landed two earlier this week including a massive 62/1 winner!

Following up on that, see our look back over the Community Shields of the past which inform our 60/1 bet builder tip.

To lift the trophy – Cup winners have recent edge

The reigning league champions tend to be the favourites to win the following season’s Community Shield clash, but that hasn’t panned out of late. In fact, the FA Cup winners have won this trophy in seven of the last eight seasons.

Granted, that does include a year in which Man City won both the Premier League and both domestic cups, but in the previous two seasons Arsenal and Leicester have beaten the defending Premier League champions to the Community Shield.

While those two wins were seen as upsets, a Liverpool victory against Man City wouldn’t be. The Reds beat City at Wembley in the FA Cup semis earlier this year and they’ve lost just one of their last five meetings with City. Given that, it’s worth siding with a Liverpool win.

There’s likely to be little between these two sides over the course of the season, while the Community Shield isn’t usually the event for a one-sided game. Since the clash moved back to Wembley in 2007 just four games have seen a margin of two goals or more.

The past five clashes have seen fewer than three goals and that shows you just how tight this game tends to be as sides return to their best. On top of that, last season these two played out three clashes, drawing 2-2 twice alongside a 3-2 win for the Reds.

Expect this one to end up as a close affair, but I’m sticking with Liverpool as my winners. Back the Reds to edge out City by a single goal once again.

Selection – Liverpool to win by 1

While we’re all eager to see Erling Haaland and Darwin Nunez square off this weekend, the Community Shield doesn’t tend to be a showpiece for debutants. The last new signing to score in this game was Arsenal’s Sead Kolasinac in 2017.

Instead, look to tried and trusted names in this game. Mo Salah lifted the golden boot again last season and he has a strong record against Man City. He’s scored seven times against them, striking in three of the last five meetings between the pair.

I don’t expect either side to treat this as a friendly, but there’s certainly a friendly aspect when it comes to discipline. There have been just five yellow cards handed out across the last four Community Shield clashes.

Chelsea’s meeting with Arsenal in 2017 had some bite, but that was more down to the rivalry between those two along with their style of play. That’s not really an issue for these two sides, despite their frequent battles for silverware.

These two were the in the bottom three in terms of total cards in the Premier League last season, with City picking up the fewest. Meanwhile, the Reds picked up just one booking across their Community Shield appearances in 2019 and 2020. Given that, expect the card count to be low.

Corners – No shortage of set pieces

There have been a minimum of eight corners across the previous eight Community Shield clashes, including 11 in last season’s edition. That’s something the bookies have responded to and adjusted their lines accordingly.

However, there is still value available by backing team corners. Man City dominated possession against Leicester last season but they still shipped four corners to the Foxes. Meanwhile, Liverpool have five against Arsenal in 2020 and seven against City the year before.

The Citizens have conceded at least four corners in their last three appearances in this competition and Liverpool should add to that. They averaged over seven corners per game in the Premier League last term and I’m backing them for at least five on Saturday.