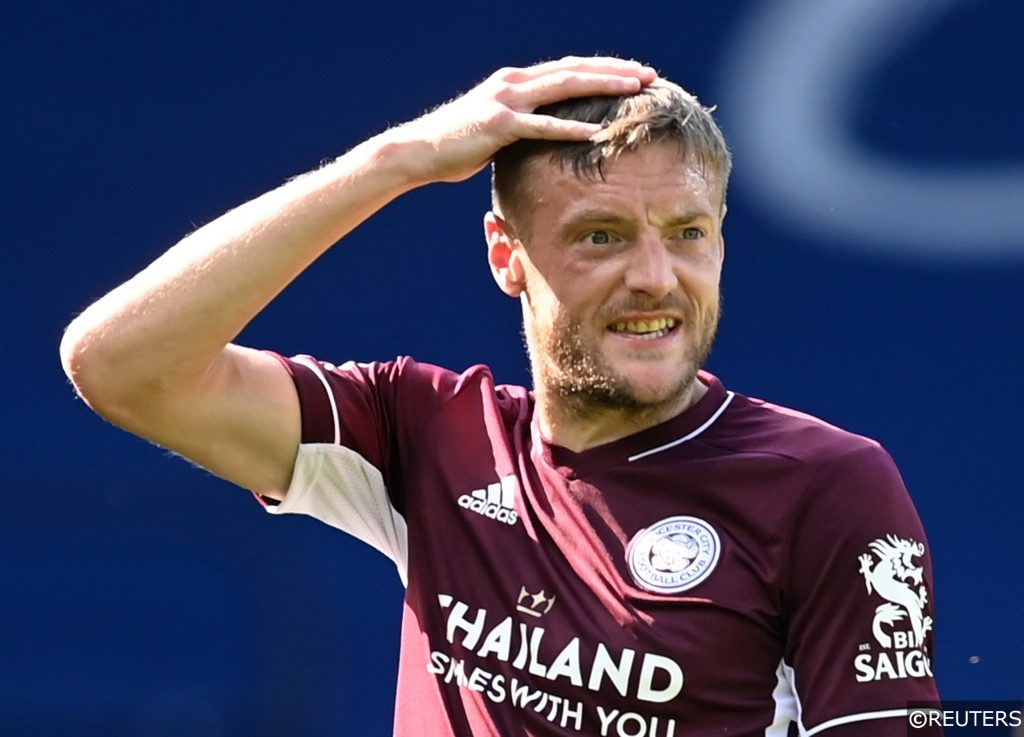 A bumper Sunday of Premier League action concludes with one of the most exciting fixtures of GW9 as our attention shifts towards Anfield where Brendan Rodgers’ high-flying Foxes face defending champions Liverpool.

Despite Liverpool’s complete and utter dominance last season, the Premier League title race is wide open at this stage of the season and the top four are separated by just three points. Both Leicester and Liverpool are embroiled in this battle, so this fixture could be a defining point in the season.

The talking points are many: Liverpool head into this game plagued by injuries but will surpass a club record of 63 league games unbeaten at Anfield if they can avoid defeat on Sunday. Leicester, however, have a phenomenal record against the Big Six and much of that success comes from Jamie Vardy, who has proven to be the opposite of a flat-track bully since his top-flight debut six years ago.

Here at FST we’ve dived into all the talking points ahead of this battle, and remember to check out the rest of our Liverpool vs Leicester predictions here.

Prior to the start of the 2020/21 campaign our FST experts discussed Liverpool’s extraordinarily fortunate lack of injuries in their Premier League winning season and predicted that this lack of selection problems couldn’t last forever.

Nobody could have predicted just how bad it would get for Jurgen Klopp though.

Liverpool’s first major blow was the loss of the towering Virgil van Dijk following Jordan Pickford’s reckless lunge, but the problems haven’t ended there and the international break saw the crisis hit a new low.

Jordan Henderson was forced to withdraw from the England squad and Joe Gomez is sidelined until after the New Year with a fresh knee injury. Mohamed Salah is also ruled out after contracting COVID-19 in Egypt, and backup defender Rhys Williams is also injured.

The end result is a worrying one. No less than nine players are ruled out or doubtful heading into this game, with only one of their first choice defenders set to start the match.

Liverpool’s predicted lineup for their clash with Leicester makes for harrowing reading for the fans. 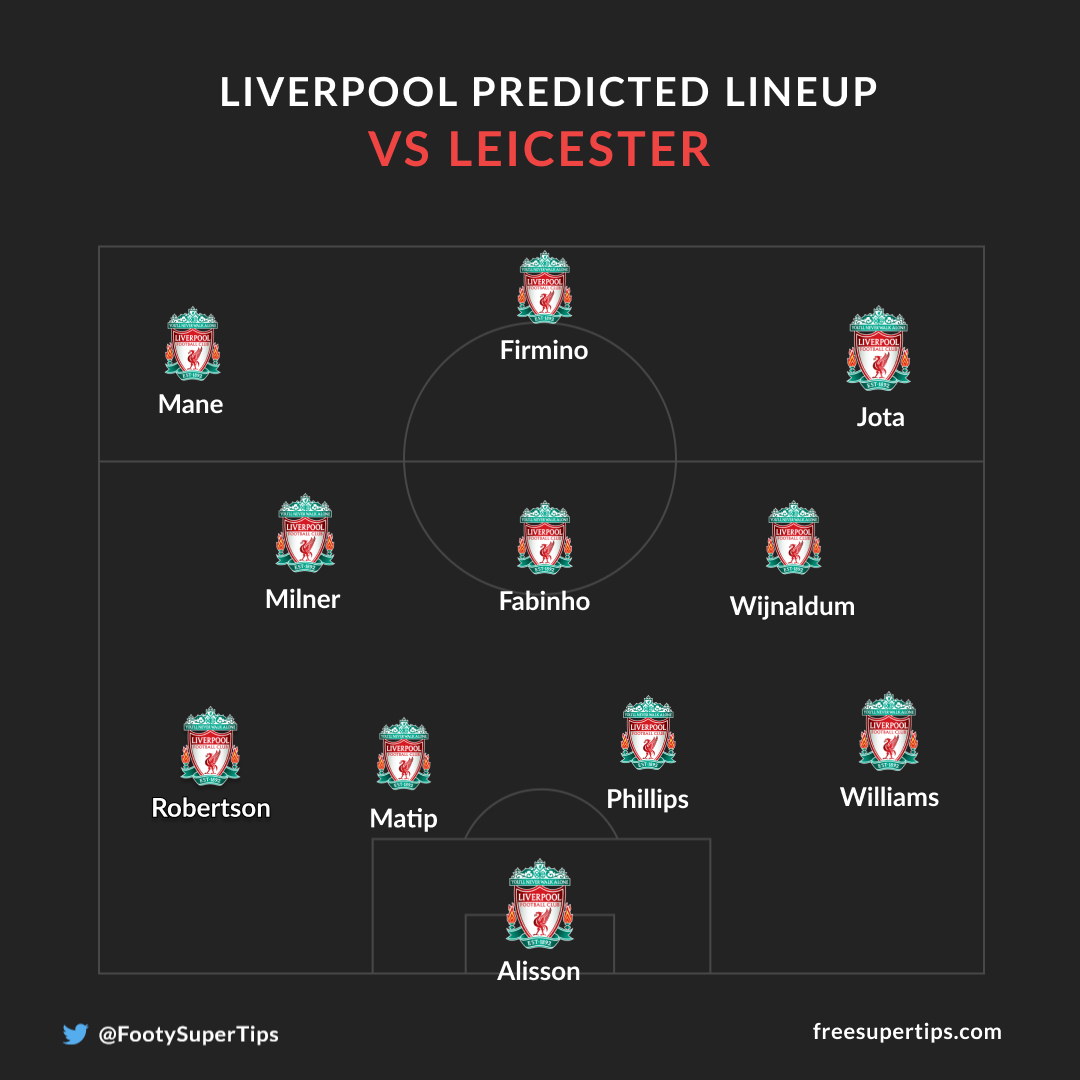 Leicester’s incredible Premier League triumph in 2016 will go down as one of the biggest sporting upsets in history, and it’s well and truly upset the established pecking order in the Premier League.

The traditional Big Six are under more threat than ever from the upper reaches of the mid-table sides, with Everton, Wolves and Leicester providing much-needed competition and closing the gulf with every passing season.

This season looks even more unpredictable as teams like Southampton and Aston Villa show huge improvements, and with top teams underperforming there is more and more discussion about which team can ‘do a Leicester’.

But could the next team to do a Leicester be… well, Leicester? The stats certainly suggest it’s possible.

Brendan Rodgers’ side have already beaten two of the traditional Premier League Big Six away from home this season, thrashing Manchester City 5-2 at the Etihad before grinding out a 1-0 win at the Emirates last month.

They enter this match on a three match winning streak, and their record in the high-pressure situations against top teams is impressive to say the least.

The Foxes have picked up points in half of their meetings with Big Six sides since the beginning of last season and have pulled off some incredible results so far this year. They are just two points off the top spot right now and are ahead of four of the Big Six teams.

Admittedly they haven’t beaten Liverpool in the Premier League since 2017 but, with the Reds suffering injury woes and Jamie Vardy on fire, this could be their best chance of ending this unwanted run.

Speaking of Jamie Vardy, it’s worth noting just how big of an impact the Leicester talisman has had on their record against the Big Six.

The 33-year-old is the polar opposite of a flat-track bully and boasts an incredible record against the top teams in the division. His goal against Arsenal last month was his 11th Premier League goal against the Gunners and his 38th against Big Six clubs. 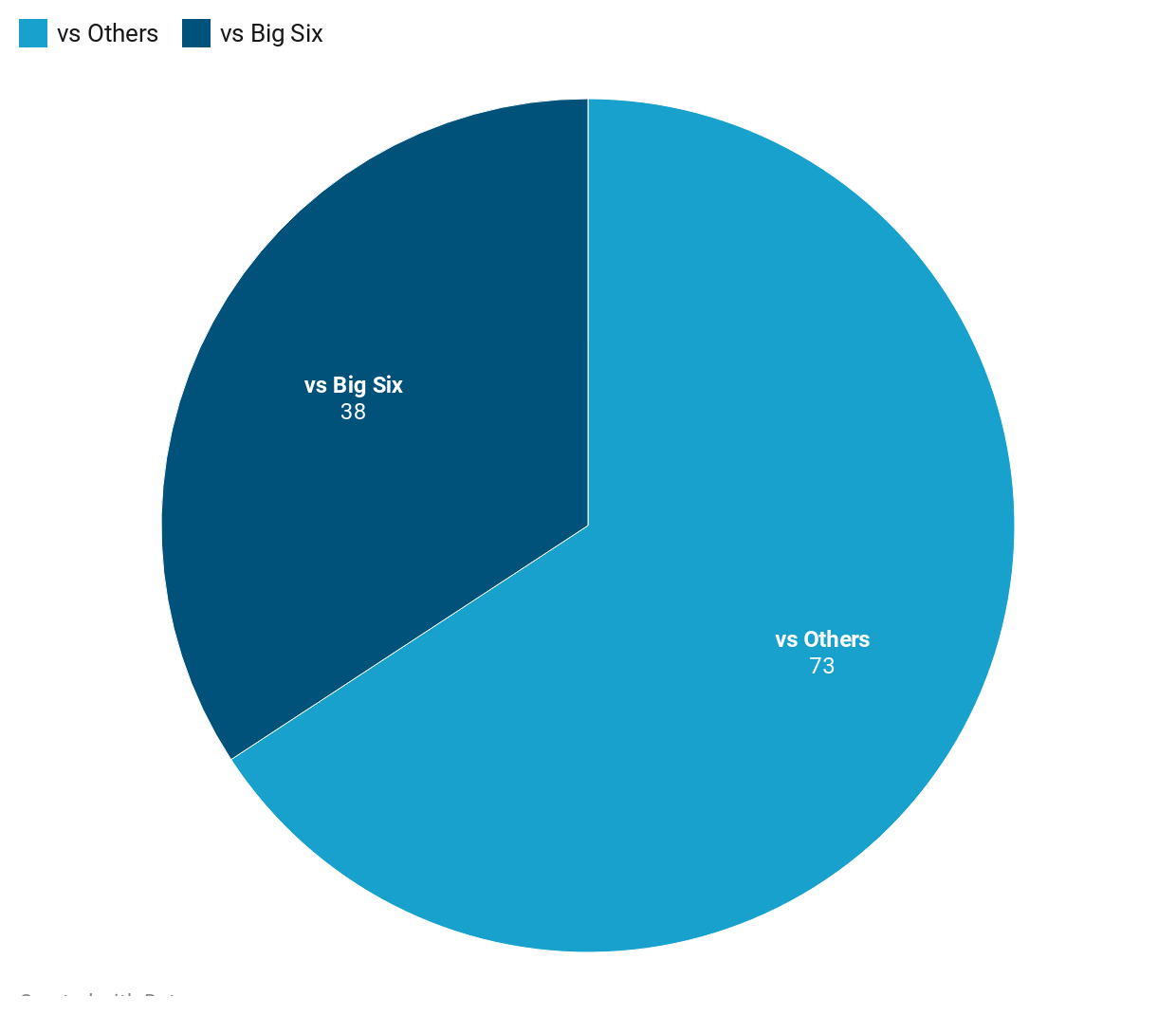 In fact, goals against the top teams account for an impressive 34% of his total top flight strikes, and Liverpool themselves have been on the receiving end of his talents on seven occasions.

Last season’s Premier League Golden Boot winner already has eight league goals to his name this season and he has scored in six of his eight competitive appearances.

Without question, Vardy is on fire right now and he will be relishing the opportunity to terrorise this makeshift Liverpool back line. 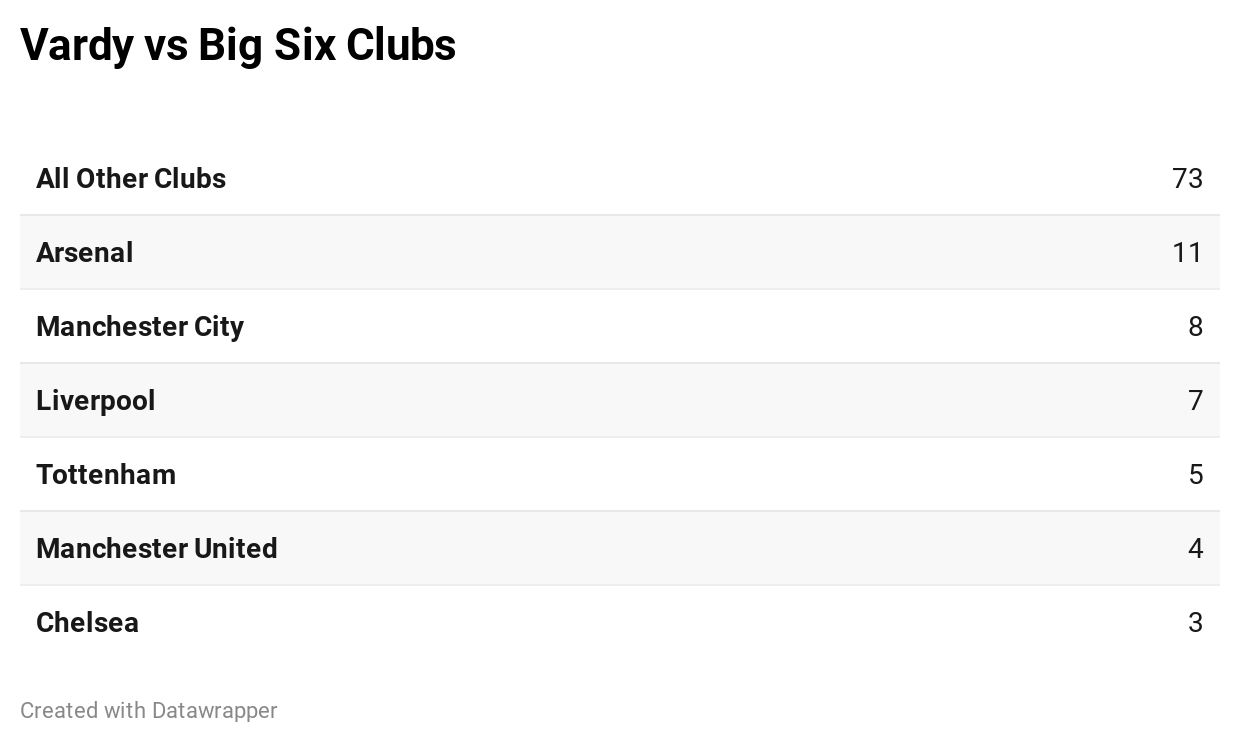 Leicester’s record against the Big Six may be admirable, but this Liverpool side have shown the grit and determination required of Premier League champions since their injury problems began.

Not to mention the fact that Liverpool are unbeaten in an incredible 63 Premier League home games and haven’t lost to Leicester at Anfield since 2000. Jurgen Klopp’s men have won 29 of their last 30 home league games, so even with their injury crisis we expect them to pull it out of the bag.

Jurgen Klopp’s hand has been forced in his selection conundrum up front, and both Roberto Firmino and Diogo Jota will start on Sunday. The summer signing has scored six goals in his last five appearances for Liverpool and will be itching to fill the gaping void left by the absent Mohamed Salah.

Jamie Vardy’s selection speaks for itself. The Leicester marksman has scored 31 goals in his 42 Premier League appearances since the start of last season and has a phenomenal record against the Big Six. He’ll be looking for his eighth league goal against Liverpool and faces a severely weakened back line.

Jonny Evans to be carded

Leicester centre back Jonny Evans may be an indispensable asset to his team, but the Northern Ireland international certainly isn’t a favourite of the referees.

He has picked up four yellow cards in just five Premier League outings this season and has been booked in each of his last three top flight appearances. This isn’t exactly out of character either; he picked up eight league cautions last season as well.