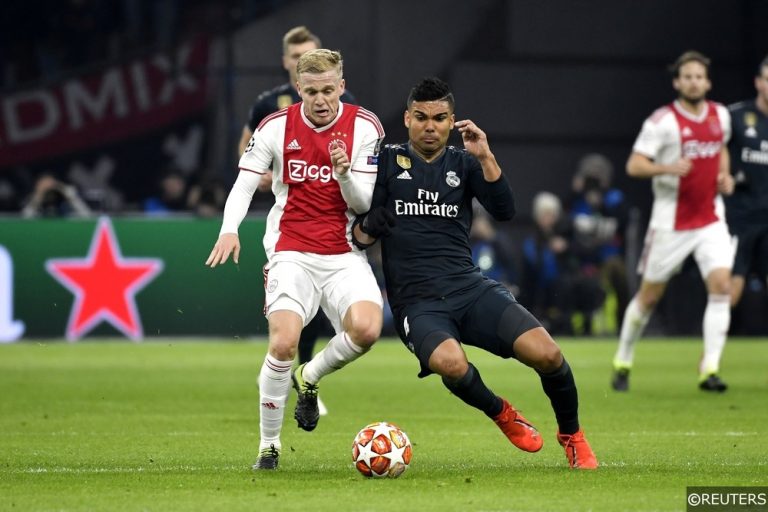 Last season, Donny van de Beek was one of several exciting young Ajax players to explode into prominence during the club’s incredible run to the Champions League semi-finals, and now the technically gifted 22-year old could be set for a summer move to the Premier League.

Van de Beek finished the 2018/19 campaign having contributed to 30 goals (16 goals, 14 assists) for Ajax in all competitions, during a season sprinkled heavily with match-defining moments and performances for the 5-times capped Dutch international.

The attacking midfielder, who joined Ajax at the age of 10, established himself as one of the club’s most important players over the past 12 months, providing thrust from central areas while developing an easy on the eye footballing symbiosis with midfield teammates Lasse Schöne and Frenkie de Jong.

De Beek had been heavily linked with moves to some of Europe’s bigger leagues earlier this summer, with Serie A clubs Roma, Napoli and La Liga giants Barcelona rumoured to be vying for his signature, however, fresh reports today suggest that the Dutchman’s preferred destination is England’s Premier League.

Check out the latest transfer rumours from around Europe with all the best odds here.

“He is a proper Premier League player with an Ajax education and can play in many positions in midfield.

“He wants a move to Man Utd or Spurs and his agent says if that materialises that would be right up his street.”

Both Manchester United and Tottenham Hotspur are in the market for midfield reinforcements this summer, and neither club would pass up the opportunity to sign one of Europe’s hottest prospects in that position.

Van de Beek was quizzed about his future, and the rumoured interest from Barcelona in particular, after the Netherlands’ triumph over England in the UEFA Nations League last week, and responded saying:

“It’s not true that they have asked about me, a lot of things have come out in the newspapers, but I don’t know anything. I have a contract and we will see what happens, but I am happy at Ajax.”

Adding: “Of course, it’s nice that my name is linked with Barcelona, but I have to play more and be better and better. Later, we will see what happens in the future. You never what could happen in the summer.” 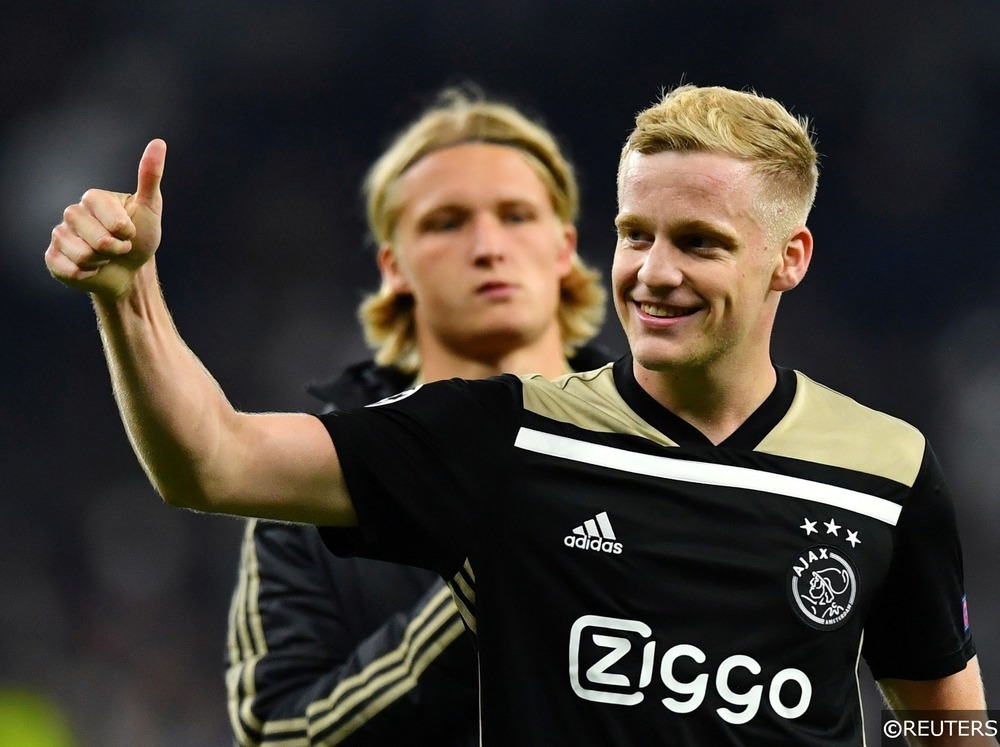 The information Marcel van der Kraan shared about van de Beek’s future specified Manchester United and Tottenham Hotspur as ideal Premier League destinations for the midfielder, and both clubs certainly have plenty to offer the Dutchman.

That quartet of players, who all retain strong links with Ajax, could put their collective power of persuasion to good use for Tottenham in the club’s pursuit of van de Beek.

Van de Beek would also have seen first-hand the quality in Tottenham’s ranks in Ajax Champions League semi final double header against Mauricio Pochettino’s side last season, and the 22-year old will undoubtedly have been impressed by his opponents and by Spurs’ sparkling new stadium in North London too.

Tottenham certainly have the edge over Manchester United in terms of the present quality of their team, however, United’s financial muscle has often been a powerful factor in convincing players to join them ahead of their competitors.

Ole Gunnar Solskjaer has hinted that he plans to reshape United’s squad around younger players with potential and van de Beek certainly falls into that category.

United will be unable to offer van de Beek Champions League football, for next season at least, though helping to spearhead the club’s revival could appeal to van der Beek’s competitive streak.

Solskjaer and United are also thought to be pushing to sign van de Beek’s Ajax teammate and captain Matthijs de Ligt, and if United can pull of the shock signing on the in demand 19-year old centre-half, van de Beek could be convinced to follow him to Old Trafford.

Keep up to date with all the latest match previews in our dedicated fixture previews section here.