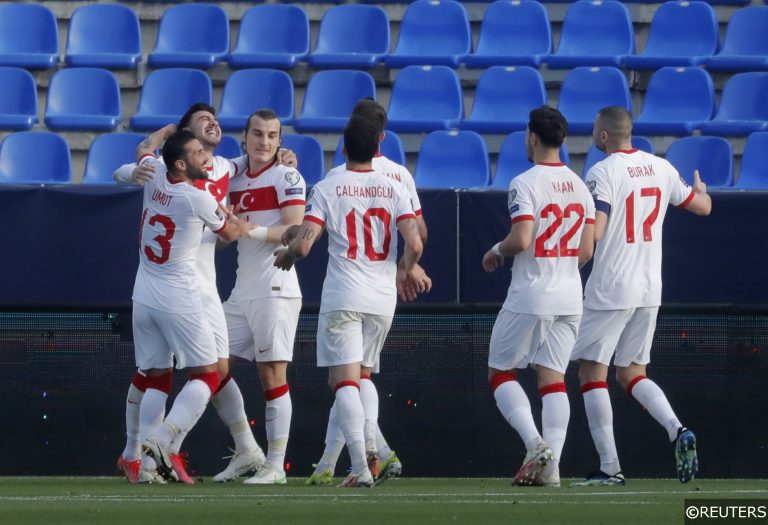 Turkey have only qualified for the European Championship on four previous occasions, though they did battle their way to the semi-finals of the competition back in 2008. They lost 3-2 to eventual beaten-finalists Germany on that occasion.

Turkey will take a youthful looking squad to Euro 2020 under experienced coach Senol Gunes and the knack they showed of upsetting the odds in qualifying for the tournament makes them an interesting prospect this summer.

The Crescent-Stars finished just behind France in their qualification group, though they took four points from their two encounters with the world champions, beating Les Blues 2-0 in Turkey before holding them to a 1-1 draw in Paris.

Turkey recorded seven wins to nil in the section overall, with Merih Demiral and Leicester’s Caglar Soyuncu forming a formidable defensive pairing at centre-half and they conceded just three goals (the joint-best alongside Belgium) overall in an impressive set of performances

With ten goals in three fixtures, including four in one game against the Netherlands, Turkey have looked full of goals in the early exchanges of the World Cup qualifiers and they look ready to go toe-to-toe with Euro 2020 Group A opponents Wales, Switzerland and Italy.

One to watch: Burak Yilmaz

Captain and most experience campaigner Burak Yilmaz enjoyed a stellar club campaign with recently crowned Ligue 1 champions Lille and the 35-year-old contributed to Les Dogues’ success with an impressive 16 goals.

Yilmaz – who seems to be getting better with age – has also notched 28 goals in 66 appearances for Turkey and the veteran hitman should prove a real handful at Euro 2020. 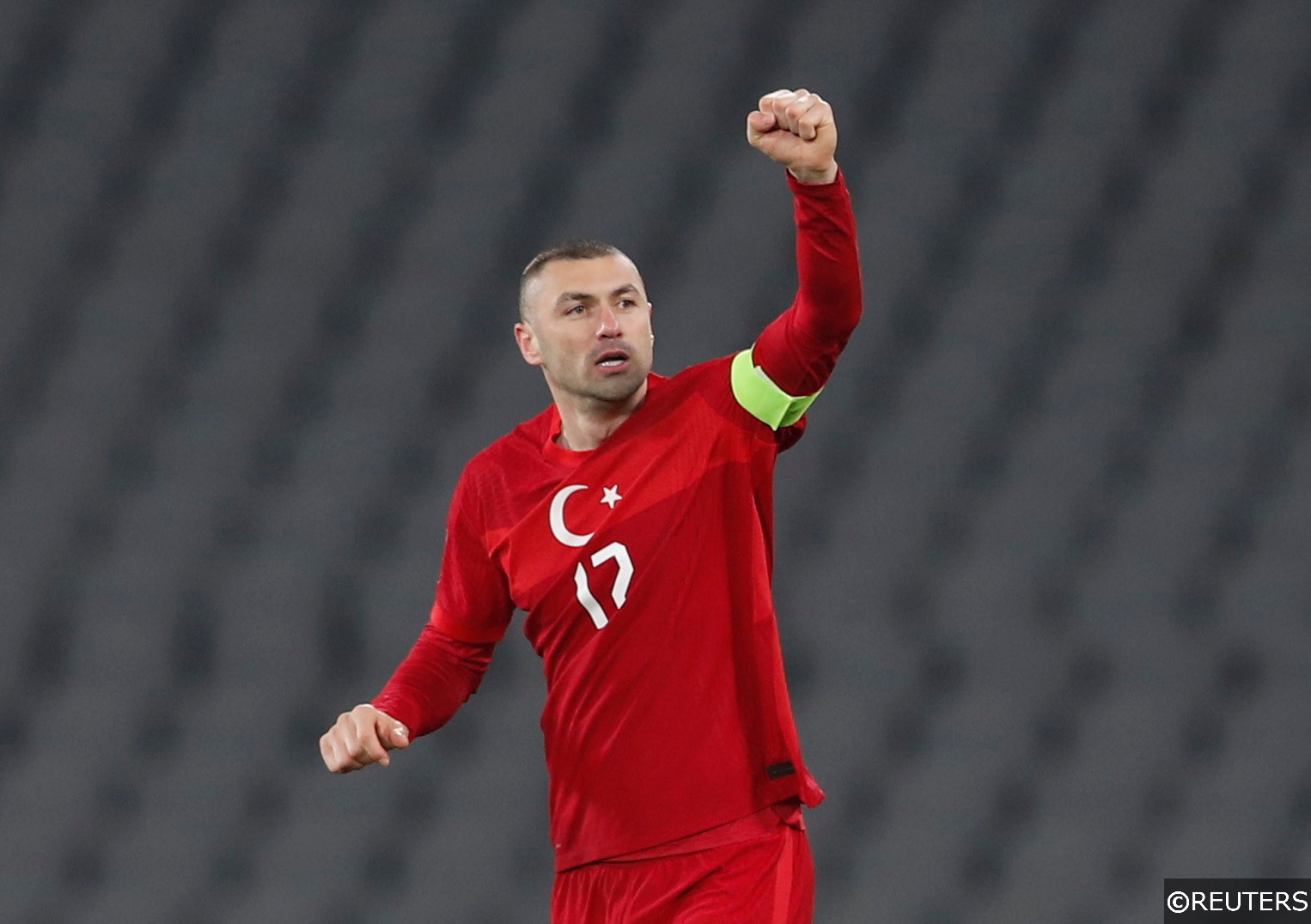 Young defender Merih Demiral is on the books at Juventus and while he hasn’t quite fully forced himself into the first team picture at Turin, the 23-year-old has shown enough flashes of potential to suggest he has a bright future.

Demiral – who was named in UEFA’s qualifying team of the tournament – has become a mainstay at the heart of Turkey’s defence at international level however, and he could turn a few heads with some more top performances this summer.

Manager Senol Gunes is enjoying his second stint with the Turkish national team. The former international goalkeeper, who signed his latest contract in February 2019, led Turkey to a third place finish at the 2002 World Cup. 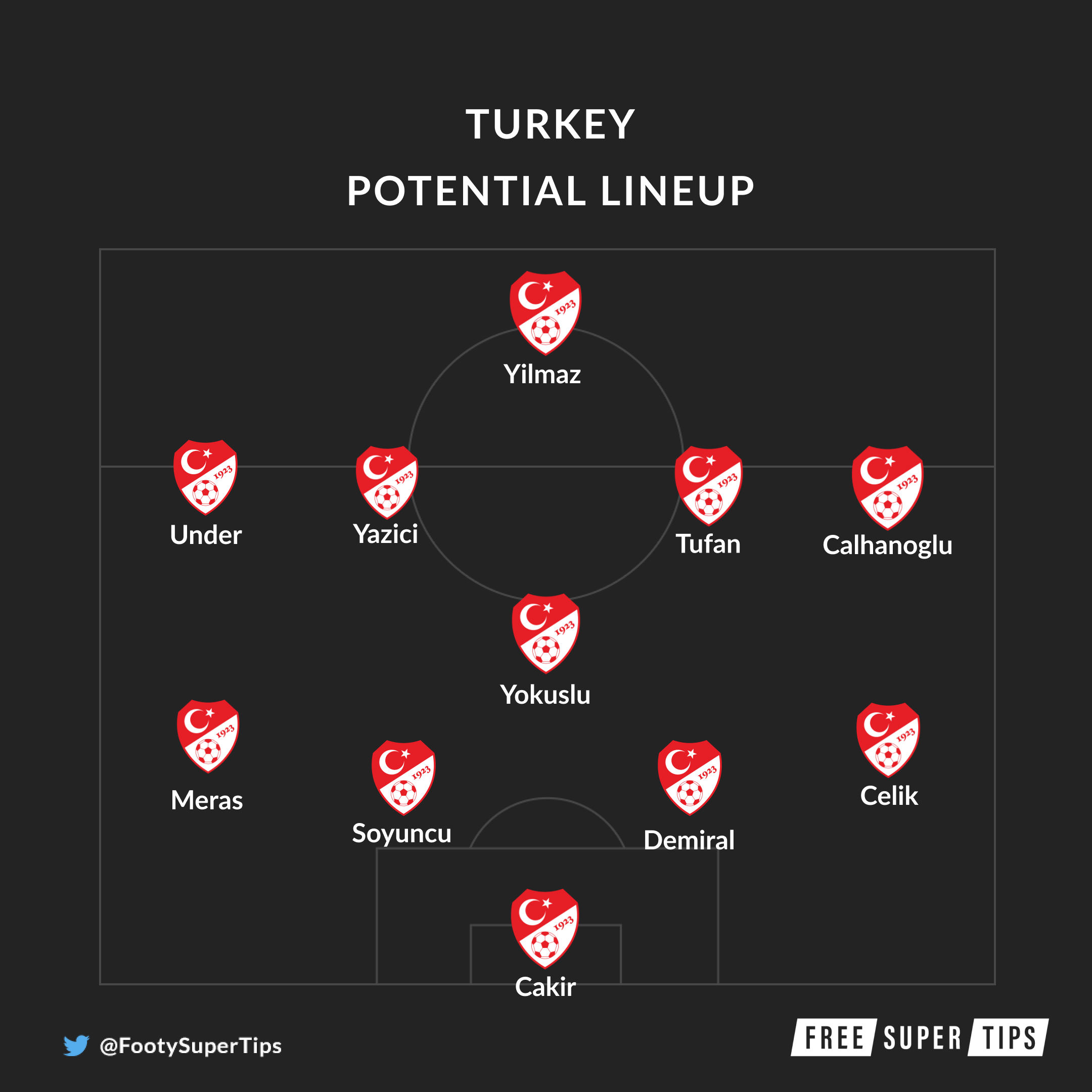 Turkey to be eliminated at the group stage at 5/4

In a group that a strong Italian outfit will expect to dominate, there is little to choose between the remaining combatants, Wales, Switzerland and Turkey, however, the lack of big-tournament experience in Senol Gunes’ squad could prove pivotal.

With the difference in quality negligible, a more battle-hardened and savvy Swiss team could beat Wales and Turkey to the punch in Group A and the odds for both nations to be eliminated at the first time of asking hold plenty of interest.

Turkey won’t play with the brakes on this summer, though the less free-wheeling teams often cope better with the demands of high-stakes tournament football. Expect Turkey to head home early.