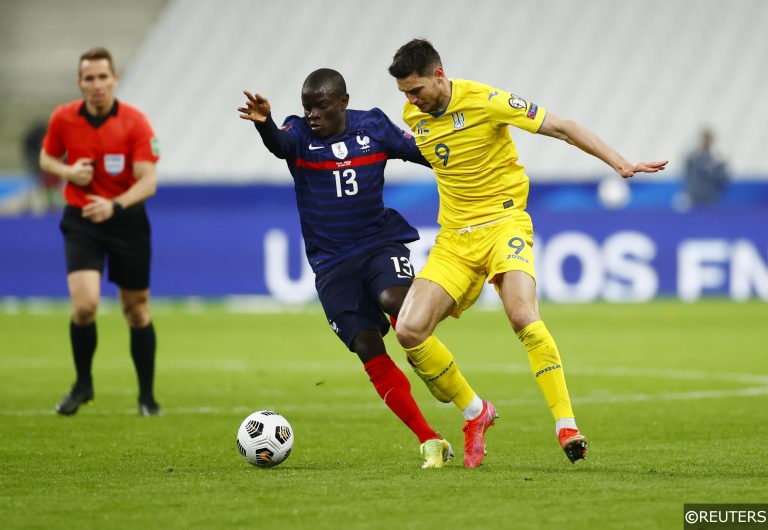 Ukraine were co-hosts of the tournament in 2012 and that allowed them to pick up their solitary win at a European Championship. This is their third Euros on the spin having never qualified before 2008, but the national side is still struggling to live up to their run to the last eight at the 2006 World Cup.

Shevchenko was part of the Ukraine side which made the quarters of the 2006 World Cup. Their greatest ever player has returned as manager, where he has made them a side to watch out for.

Ukraine were hit hard by COVID in late 2020 as a spate of withdrawals saw them lose heavily to Spain and France, but impressive Nations League wins over Switzerland and Spain have shown the good work done by Shevchenko so far. He’s lost only 10 of 44 games in charge, with six of those coming during their tough finish to 2020.

Having been put into a more favourable group for the tournament hopes are high that they can kick on for another famous run. They had lost only one fixture across 2018 and 2019 and their unbeaten start to 2021 suggests they can recapture that form and really test the Dutch in this group.

One to watch: Andriy Yarmolenko

The West Ham man is hardly the poster-boy for consistency but he’s an incredible talent who is only behind Andriy Shevchenko in his nation’s scoring charts. He should start on the right-flank for Ukraine but he’s capable of cutting inside and causing problems more centrally, linking up well with Oleksandr Zinchenko. 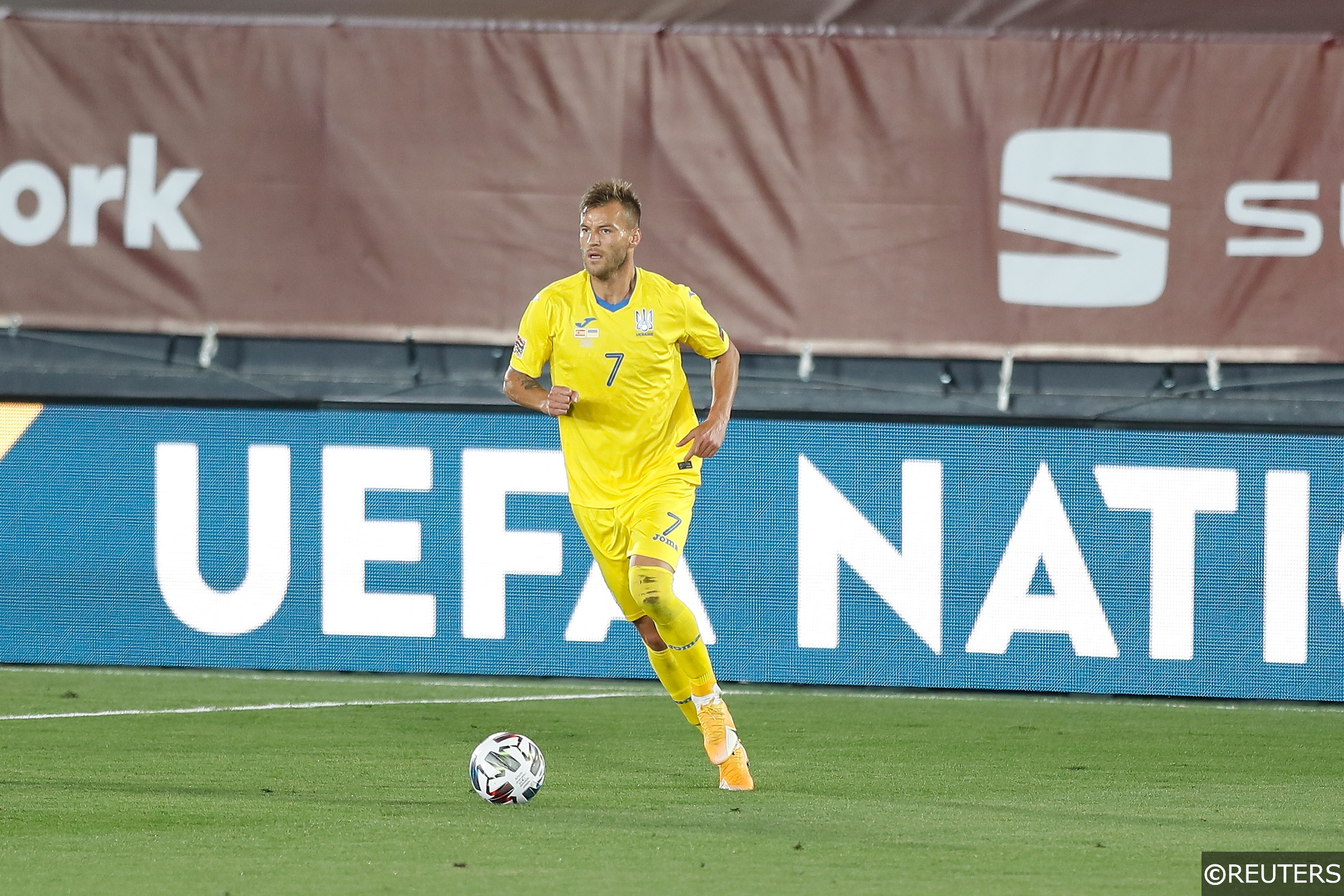 Pep Guardiola may see him as a left-back but Zinchenko joined City as a budding central midfielder. Those talents work well for City, who require technically impressive defenders on the flanks who are capable of drifting inside. However, he’s more of a creative hub for his national side and he looks to have picked up a thing or two from Kevin de Bruyne.

Ukraine won more matches in their single World Cup (two from five in 2006) than they have in their history at the European Championships. 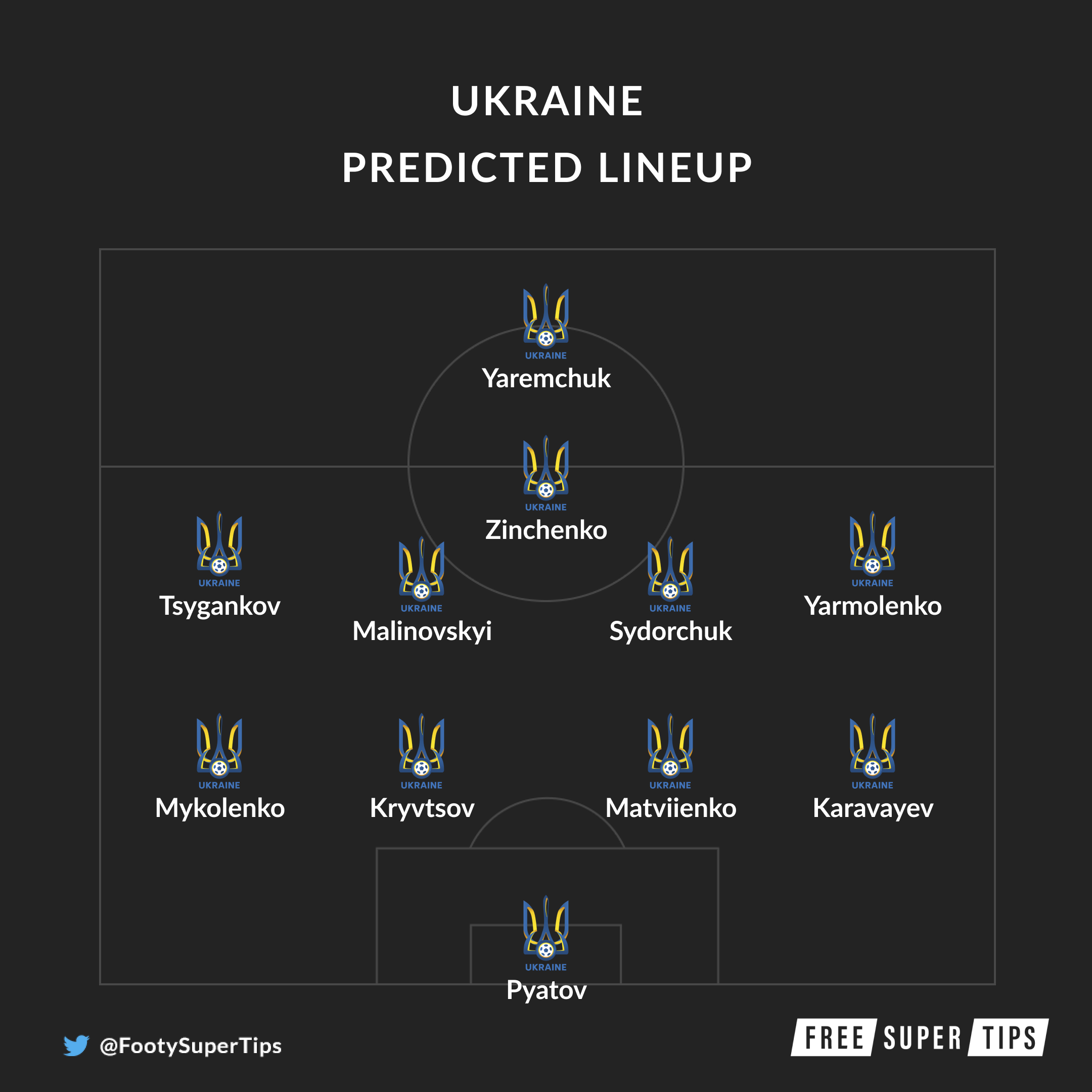 Ukraine aren’t among the strongest eight squads at the Euros, but the luck of the draw allows them a route to the last eight. With Austria and North Macedonia seen as their big rivals for second, Ukraine have been priced up as short as 2/7 to make the second round.

However, they shouldn’t limit their ambitions to a fight for second. They’ve been paired with the Dutch, who are appearing at a major tournament for the first time in nine years. New manager Frank de Boer has won less than half of his games across his last four jobs and the Dutch without Virgil van Dijk could be vulnerable.

Ukraine qualified top of a group containing European champions Portugal without losing a game. Shevchenko has put in place a structure so strong that he rejected an approach from AC Milan. They’ve now been given an opportunity to have their best ever European Championship performance and odds of 9/2 on them to halt a Dutch side who were recently torn apart by Turkey really appeal.