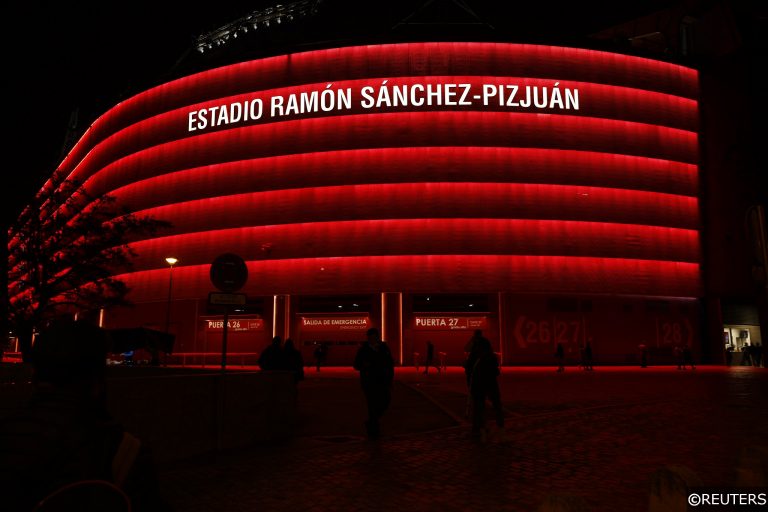 Eintracht Frankfurt and Rangers will face off in the 13th Europa League Final and the 51st instalment of Europe’s secondary cup competition on Wednesday night and I have taken an in-depth look into the finals of yesteryear as I look to build a winning bet for the finale.

For example, did you know this is just the second time in nine years that hasn’t included a side that were eliminated from the Champions League earlier in the season?

It is also the first time a German or Scottish side has been involved in the Europa League Final since its rebrand in 2009, and Frankfurt and Rangers are the two top scoring teams in this season’s competition with 42 goals between them, accounting for 30% of the total goals scored this campaign.

To lift the trophy – History favours the favourites

One of those penalty-shootout triumphs was Villarreal in last year’s instalment and The Yellow Submarine also happen to be the biggest underdogs in the last 18 years to have lifted the trophy, starting the day as 3/1 longshots to win in normal time.

The longest odds to settle the tie in normal time were CSKA back in 2005, beating Sevilla to overcome 11/4 pre-match odds. However, those are two of just five underdog winners since 2004, with the pre-match favourites taking the prize on 13 occasions and winning inside 90 minutes on ten occasions.

Eintracht Frankfurt are this year’s favourites at 5/4 and they are worth backing to get the job done in normal time.

What to bet – Eintracht Frankfurt to win in normal time

This year’s Europa League has averaged a middle-of-the-road 2.65 goals per game but history suggests we could be in for a slight bump in that number for the final.

The Europa League Final has averaged 2.92 goals per game in normal time since the 2009 rebrand. At least three goals have been scored in seven of the last ten, while both teams have made it onto the scoresheet in five of the last seven.

Rangers have scored 1.57 goals per game in the Europa League this season and Frankfurt average 1.67 goals per game, so combined with the trend in finals we can expect an entertaining affair.

17 of these goals have been notched by attackers, four by midfielders and three by defenders. Did you notice those numbers don’t quite add up? You have Romelu Lukaku to thank for that, who’s 74th-minute own goal in 2020 cost Inter Milan the title, although he had opened the scoring at the other end 70 minutes earlier.

Generally, you expect around 50% of goals to be scored by attackers but recent Europa League Finals have seen 65% of goals scored by forwards.

Defender James Tavernier and midfielder Filip Kostic may catch the eye in terms of the individual matchup but the trends suggest that Rafael Borre could be a good goalscorer option, especially after the 26-year-old scored the winner against West Ham in the semi-final and found the net on Saturday at Mainz.

What to bet – Rafael Borre to score anytime

While we are on the subject of goals, when are they scored?

Since the last goalless draw in the final, 12 of the 23 goals scored have come in the first half and just one of the seven Europa League Finals in this period has been goalless at the break.

All seven of the finals in this run have seen a goal in the second-half, too, meaning all but one have featured a goal in both halves.

The earliest goal was Lukaku’s aforementioned strike for Inter Milan in 2020, which is one of two Europa League Final goals to be scored inside the first ten minutes in this seven-year run.

What to bet – A goal to be scored in both halves

Cards – Referee to be kept busy in Spain

It goes without saying that cup finals are highly pressurised situations which can often seen tempers boil over and the Europa League Final is no exception.

The last ten finals have seen 47 cards shown in normal time, although surprisingly not a single sending off has occurred in the last decade.

This is an average of 4.7 cards per game, with six of the ten finals seeing at least five bookings and two reaching eight cards.

Not only that, but Eintracht Frankfurt and Rangers lead the way in terms of ill-discipline in this season’s competition. Combined, they have committed 331 fouls, picking up 55 bookings and three red cards.

We can expect the referee to get plenty of screen-time on Wednesday.