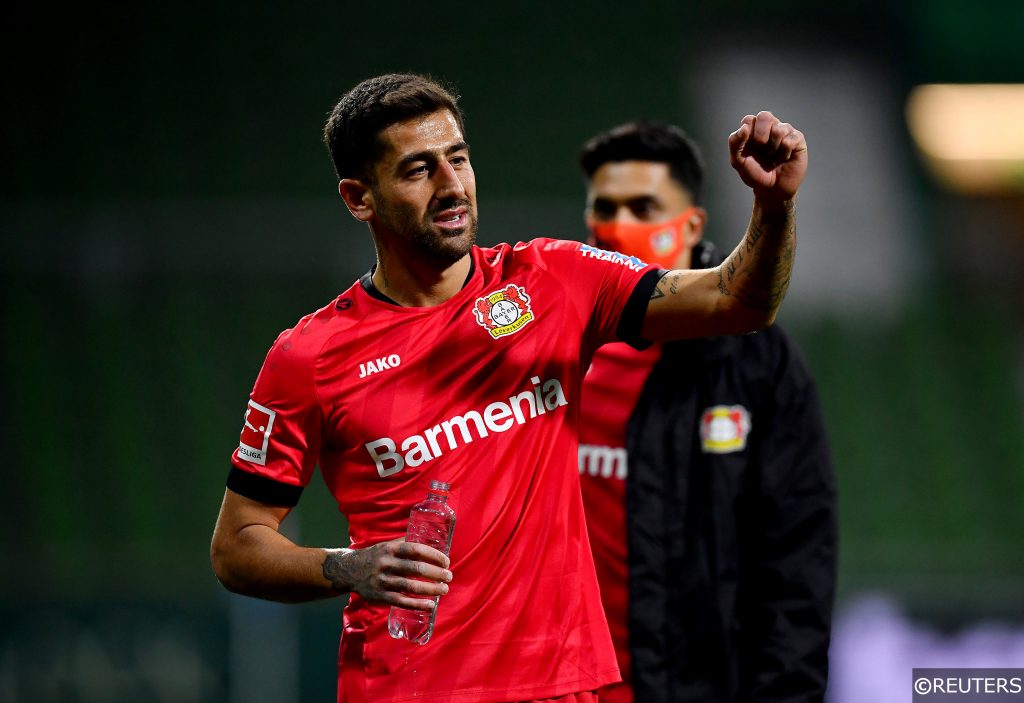 Thursday evenings and the Europa League go together like a Harry Kane and Son Heung-min one-two or Paul Pogba and conceding penalties, and this evening, supporters will have their continental cravings satisfied by another full UEL group game programme.

Starting from 17:55, there are 24 potentially action-packed Europa League fixtures to look forward to later on, and below, we’ve picked out some of the best bets for Thursday’s contests.

We’ve narrowed our focus down to seven fixtures that offer the most value in the betting markets, and combined they make up a tasty looking 73/1 accumulator.

If you’re on the look out for more Europa League predictions, head on over to our dedicated page where we are covering many of Thursday’s games in detail.

Dundalk have been plucky in defeat in their opening two Europa League games against Molde and Arsenal but ultimately look set to be outclassed by Rapid Vienna, who are strong when armed with home advantage.  The Irish visitors were beaten only 3-0 at Arsenal, however, and may offer stiff resistance.

Slavia Prague recorded a hard-fought 1-0 win over Bayer Leverkusen in their last Europa League home game and can showcase those defensive qualities against Ligue 1 visitors Nice. The French side were hit for six in Leverkusen and they have generally struggled on their travels in Europe.

Bayer Leverkusen slipped up at Slavia Prague on their last European adventure but they can right those wrongs against Hapoel Be’er Sheva. Prior to that, Leverkusen thumped Nice 6-2 and that attacking prowess should be too hot for the Israeli outfit to handle.

PAOK have suffered only two defeats in their last 16 games, with both losses coming in a Champions League qualifier against Krasnodar. The Greek hosts have drawn both of their Europa League fixtures this term but can topple PSV, who are struggling with a number of coronavirus cases.

The only time Young Boys have not won in 24 competitive home games was in their Europa League opener against Italian giants Roma, in which they were narrowly beaten 2-1. However, even then, they won the shot count 10-3 and a repeat performance would be enough to sink CSKA Sofia.

Antwerp are a formidable force on home soil and highlighted their qualities on their own patch when topping Tottenham 1-0 in their last Europa League fixture. The Belgians can follow up at home to LASK Linz, who have shipped six goals across their two Europa games with Tottenham and Ludogorets.

Red Star thumped Slovan Liberec 5-1 in their last Europa home game and they can follow up by beating Belgian side Gent. The Serbian side were competing in the Champions League group stages alongside the likes of Bayern and Tottenham last season and should find this test well within reach.

You can combined all of our seven selections above into one huge 73/1 acca using the banner below.