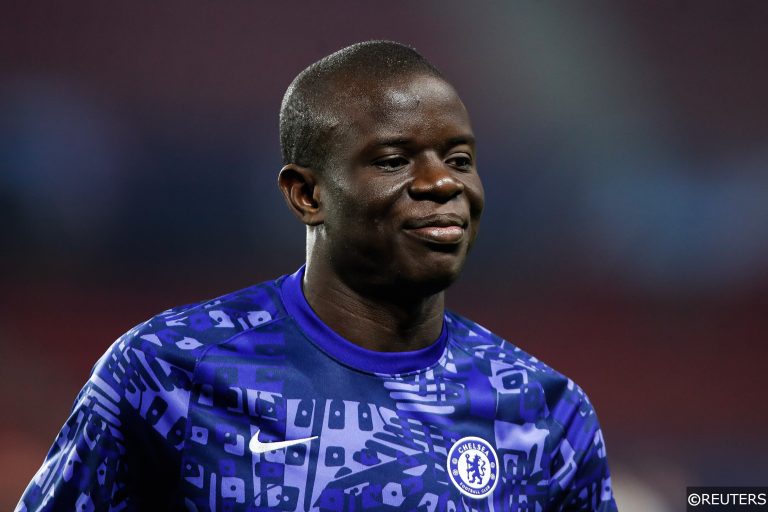 Top-tier domestic action returns for Easter weekend after a long, hard slog of an international break, and we’re back with a full contingent of experts to hunt down the value on Saturday and Sunday.

FST’s Aaron Rogan returns from his break to join Alex Wrigley and Simon Winter, while a Racing Post quartet of Dan Childs, Liam Flin, Steve Davies and Aaron Ashley are drafted in to supply their most fancied bet.

Last weekend saw us miss out on our 18/1 acca by a hair’s breadth as Blackpool lost their lead in the dying seconds against Plymouth and Hull were held by Gillingham. Both Alex and Simon from FST landed winners, with Simon’s fifth winner from his last six tips being Peterborough’s 7-0 drubbing of Accrington Stanley!

Looking for more tips for Saturday? Check out our football tips section here.

Napoli have won their last five home Serie A games, conceding just once. They are heavy favourites to see off a Crotone side who are having a torrid campaign and look bound for a quick return to Serie B.

No side in Europe’s top five leagues have conceded more than Crotone, while they head into this clash having lost 12 of their last 14 outings. The struggling visitors have lost by two or more in eight of their 12 away defeats this term and an in-form Napoli side should add to that with a comfortable win.

Thomas Tuchel has turned Chelsea’s defence into an organised unit capable of keeping even the very best of attackers at bay, and West Brom certainly aren’t that.

The Baggies have scored just one goal in their last five games and look destined for the drop, sitting some ten points adrift of Newcastle in 17th.

Chelsea, meanwhile, have emerged as one of the favourites in an intense battle for the top four and have conceded just two goals in 14 games under Tuchel. Neither of these came at Stamford Bridge, with the Blues winning to nil in five of their last six home games and not conceding a goal in over 600 minutes of football at home.

Bologna vs Inter Milan – Both teams to score at 3/4

Antonio Conte’s Inter are flying high and closing in on their first Serie A title since another ex-Chelsea manager Jose Mourinho led them to glory in 2010, though the Nerazzurri will have work hard to beat Bologna on Saturday.

The hosts have scored at least once in eight of their last nine league assignments and they have failed to score just once in their last seven meetings with Inter.

Mainz vs Arminia Bielefeld – Mainz to win at 8/11

Mainz are only two points and two places above second-bottom Arminia Bielefeld in the scrap for Bundesliga survival, but recent evidence suggests the gulf in class is much greater than that.

Bo Svensson’s hosts have won three of their last four on home turf, accounting for second-placed Leipzig and top-eight duo Union Berlin and Freiburg, and they can add a goal-shy Bielefeld to their growing list of scalps.

Huddersfield vs Brentford – Brentford to win at 4/5

Brentford need a response after dropping points in three of their last four matches and can kick-start their Championship promotion push with a victory over Huddersfield at the John Smith’s Stadium.

Second place remains a possibility for the Bees, who will be looking to close the gap on Watford before their clash in west London on the penultimate weekend of the season.

Thomas Frank’s side are the second tier’s top scorers – thanks largely to 28-goal striker Ivan Toney – and should have too much firepower for relegation-threatened Huddersfield, who have won just two of their last 15 league games.

Benevento vs Parma – Benevento to win at 13/8

If Benevento had doubts believing they could stay up, then winning at Juventus surely confirmed to them they have what it takes.

The downside for Pippo Inzaghi’s men is they have had to wait for two weeks to get a chance to follow up that success, which they can do at home to Parma.

Parma are without a win in nine away and haven’t kept a clean sheet on the road since February.

Since January Eintracht Frankfurt have been in contention for a Champions League place in the Bundesliga and they can take a big step towards securing a top-four spot by avoiding defeat against Borussia Dortmund on Saturday.

The Eagles have lost only one of their last 15 league matches and are fresh from a 5-2 thumping of Union Berlin.

Dortmund have not improved since dismissing manager Lucien Favre earlier this season, winning only once in their last four games and they have lost nine Bundesliga fixtures in 2020-21. They could struggle to contain Adi Hutter’s men.