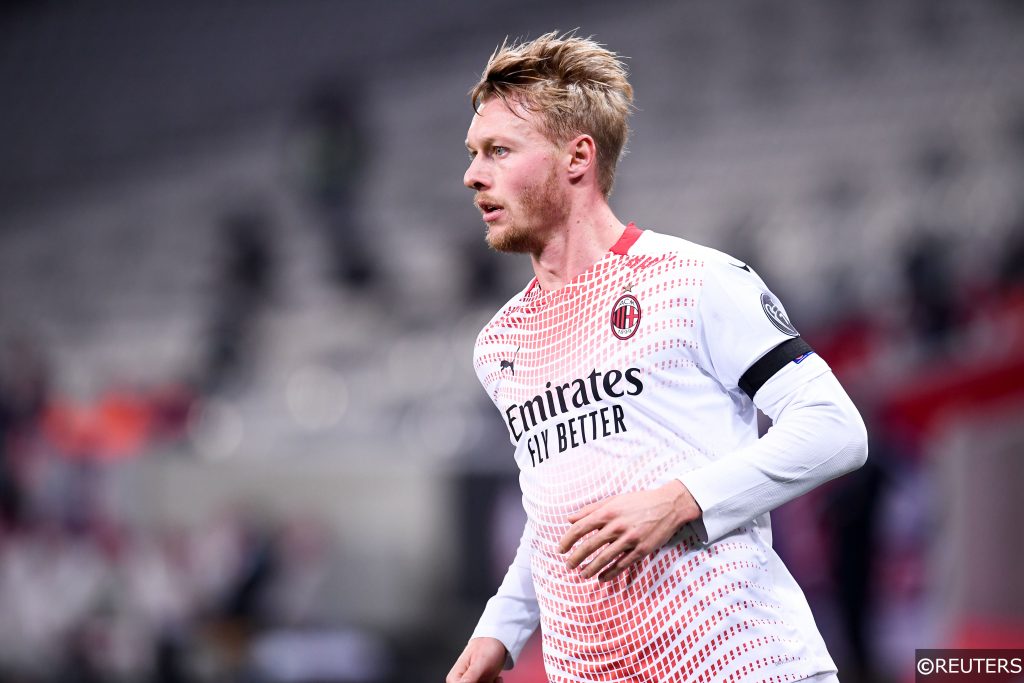 It’s a rare break from Premier League action this weekend as the FA Cup takes centre stage and, with 31 fixtures set to be played along with a full complement of European football and a few select EFL matches, there’s plenty for our expert tipsters to sink their teeth into.

Here on FST we’re blessed with a range of fantastic football analysts, as you can see from our lengthy list of huge winners last year. However, we’re not the only tipsters on the scene, so we’ve teamed up with a trio of high-profile football experts to bring you this 45/1 Experts’ Acca.

Our first edition of 2020 saw three of four bets land, with Union Berlin’s rare clean sheet at Werder Bremen spoiling the party and Luton’s tie with QPR called off at short notice.

FST’s Simon Winter and Racing Post’s James Milton are currently leading the way with three wins from four attempts, but Aaron and Mark aren’t far behind and Dan Childs picked up a winner in his only previous appearance. Overall, we’ve landed 18 winners from 28 bets so far.

Serie A and Championship writer and journalist at Free Super Tips.

Gillingham vs Burton – Both teams to score at 7/10

Burton Albion still haven’t kept a clean sheet in League One after 22 matches, with the visitors conceding 50 goals already. However, they are impressing going forward with each of their last 10 games seeing both teams score.

14 of Burton’s last 15 games in League One have seen both teams score, while they meet a Gillingham side who haven’t kept a clean sheet in any of their last six matches. The hosts have conceded in 10 of their last 11 at home and these two open defences should both be beaten this weekend.

AC Milan were limited to a single Serie A goals for the first time since July against Juventus in midweek despite having 20 attempts on goal, but they should be able to bounce back on Saturday. They have scored at least two goals in 15 of their 16 league matches this season and remain top of the table despite their midweek defeat.

Torino, meanwhile, are 17th in the table and have shipped 15 goals on the road this season. They have conceded more than once at Inter, Juventus and Roma in the last two months and look helpless to keep this rampant Milanese attack at bay.

Championship strugglers and relegation candidates Rotherham are the visitors to Goodison Park on Saturday afternoon, and having lost each of their last seven away assignments on the spin, The Millers look ill-equipped to test their higher-class hosts in what should prove a one-sided FA Cup 3rd Round tussle.

Carlo Ancelotti’s Blues have kept clean sheets in half of their last six assignments, and against a Rotherham attack that ranks among the second tier’s least prolific, Everton look superb value to win to nil on Saturday.

Scunthorpe vs Bradford – Bradford to win at 29/20

Confidence is rising in the Bantams’ camp and the team’s potency has increased with the return from injury of striker Lee Novak, who has scored three goals in his last six appearances.

The Yorkshire outfit should soon climb into mid-table and are likely to be too strong for Scunny, who are fifth bottom after losing five of their last seven matches.

Brendan Rodgers has already ruled out star duo James Maddison and Jamie Vardy for the flying Foxes but Leicester should have more than enough in reserve to see off hosts Stoke.

Rodgers heavily rotated in the Europa League and they still collected 13 points and his bench at Newcastle last time out was stacked with quality.

Caglar Soyuncu, Kelechi Iheanacho, Ayoze Perez, Cengiz Under, Nampalys Mendy, Dennis Praet and the rest should be up to toppling Stoke, who were comfortably beaten by Tottenham at the quarter-final stage of the EFL Cup.

Norwich vs Coventry – Norwich to win at 4/5

Coventry held injury-hit Norwich to a 1-1 draw at Carrow Road in November but the Championship leaders should prove too strong for Cov in the FA Cup third round.

Norwich were missing 13 players for their league meeting with the Sky Blues and Daniel Farke’s squad is in far better shape now, as demonstrated by last weekend’s impressive win over in-form Barnsley.

Even if Farke makes changes, the Canaries have the class to see off a Coventry side who have failed to score in five of their last seven league matches.